Iran nuclear talks resumed on Monday, November 29 following a hiatus of nearly six months. The talks in Vienna are taking place without the presence of the United States, which is supposedly on standby in case Iran does make a concession and wants to talk about extending or even improving the JCPOA.

The Joint Comprehensive Plan of Action was the official name for the nuclear agreement between Iran and six world powers that was concluded in 2015 but was never signed by the parties.

The United States left the JCPOA in 2018 after then-President Donald J. Trump concluded that Iran had cheated and failed to comply with the agreement.

Trump came to this conclusion after he and his team reviewed Iran’s secret nuclear archive, which Israel’s foreign intelligence agency Mossad stole from a warehouse in a suburb of Tehran in late January 2018.

Expectations regarding the outcome of the renewed negotiations with Iran are very low for various reasons.

First, Iran only wants to talk about lifting Trump’s reintroduced sanctions against the Islamic Republic and not about revising or extending the JCPOA.

Iran has continuously violated the original agreement since the US left the deal and now, for example, is in possession of 25 kg of 60 percent enriched uranium. Uranium enriched up to 90 percent is needed to make an atomic bomb.

However, the time it would take Iran to further enrich the 60 percent uranium hexafluoride gas to 90 percent is less than six weeks.

After that, experts say, it will be less than two years before Iran will have a nuclear warhead it can mount on a long-range ballistic missile.

Second, there is now a new regime in Tehran led by extremist President Ebrahim Raisi.

The new president of Iran is actually against negotiations on an amended nuclear deal and also does not want negotiations with the United States.

This is also the position of Supreme Leader Ayatollah Ali Khamenei, who in the past has strongly criticized former President Hassan Rouhani for his “soft” attitude toward the West.

Iran’s new government is, furthermore, exclusively made up of ex-members of the Islamic Revolutionary Guard Corps, where resistance to any deal over Iran’s nuclear program is greatest.

China has remained Iran’s main oil importer despite the sanctions and Russia is pursuing a two-track policy toward the Islamic Republic.

On one hand, President Vladimir Putin does not want Iran to possess nuclear weapons, but on the other, Russia was responsible for the construction of some nuclear facilities in Iran, including the nuclear power plant in Bushehr.

In addition, Russia also supplies weapons to Iran, and the same goes for China. 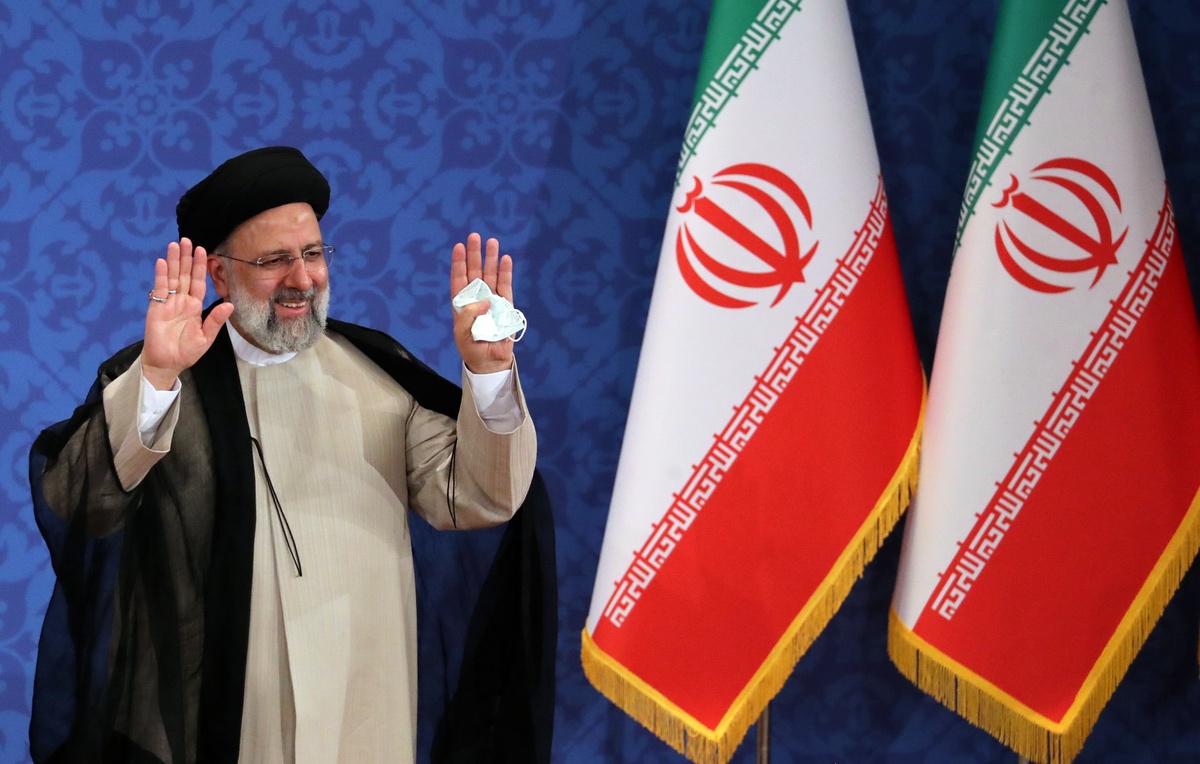 Israel charts its own course

Israel has already indicated that it will not feel bound by any revised or entirely new nuclear deal with Iran and reserves the right to act alone against the Islamic Republic’s nuclear facilities if necessary.

Intelligence experts in Israel are divided over the capabilities of the Israeli military to carry out simultaneous attacks on Iran’s nuclear facilities.

Ex-Mossad director Yossi Cohen is on the side of those who say Israel is indeed capable of putting an end to Iran’s nuclear program.

Cohen was responsible for the Iran dossier until his resignation in July this year and led the Mossad operation at the warehouse in Tehran in late January 2018.

The Israeli cabinet recently decided to allocate an extra budget of more than $1.5 billion to the IDF in order to prepare for military action against Iran.

To up pressure on Iran, the Israel Navy recently held a joint exercise with the navies of the US, Bahrain and the United Arab Emirates in the Red Sea.

All this shows that since the signing of the so-called Abraham Accords, military cooperation has developed between Israel and some Arab countries, including now Morocco, which signed a defense pact with Israel Defense Minister Benny Gantz last week.

This cooperation is mainly aimed at Iran, which is seen as the common enemy. 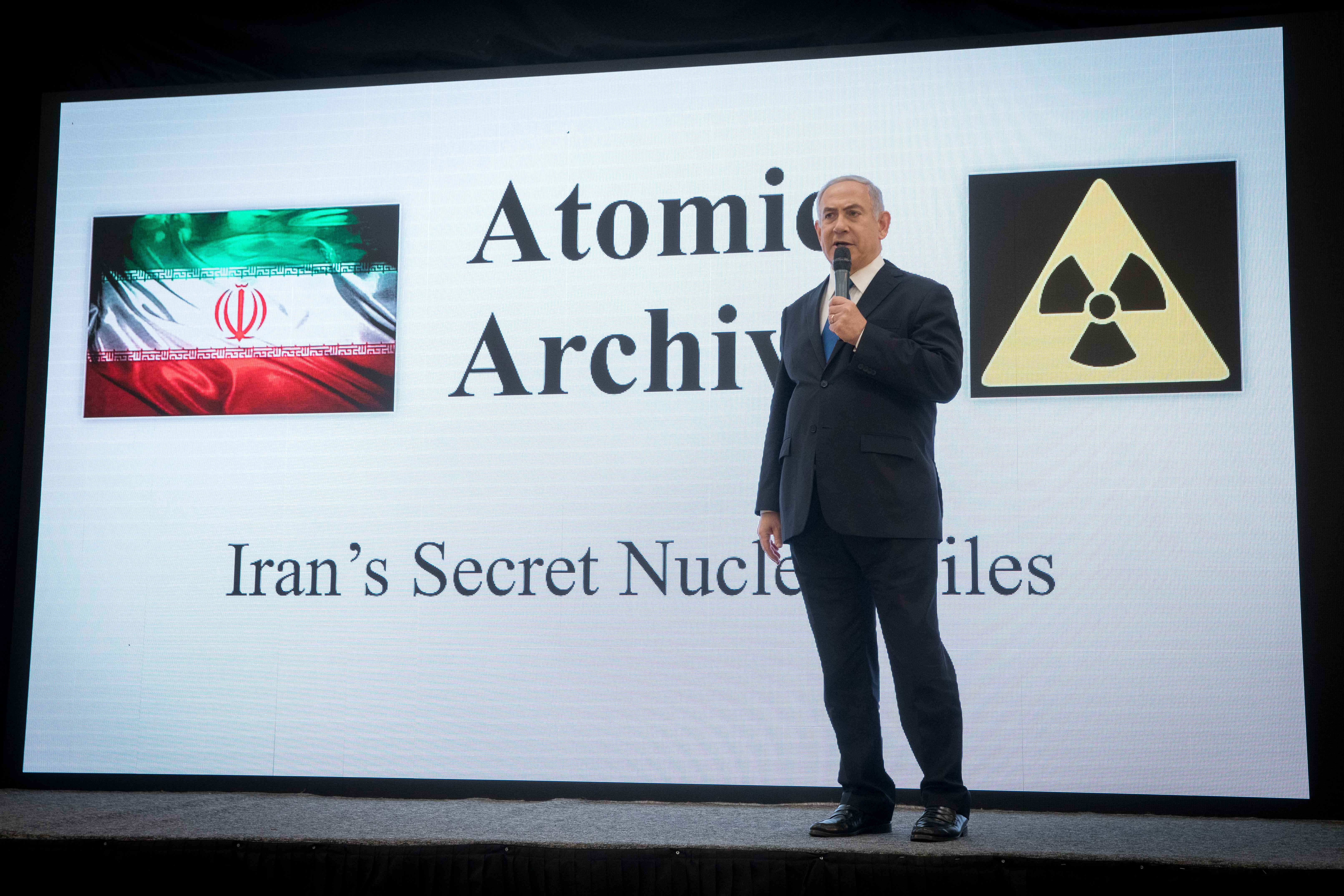 Iran, meanwhile, gives the impression that it does not feel impressed by its adversaries, saying through Mohammad Eslami, the new head of Iran’s Atomic Energy Organization (IAEO), that Israel should first “look in the mirror to assess its capabilities before making threats to Iran.”

Ali Shamkhani, the Secretary of Iran’s National Security Council, went one step further and spoke of “the dire consequences” of an eventual Israeli attack on Iran.

“Instead of allocating a budget of $1.5 billion dedicated to atrocities against Iran, the Zionist regime should earmark trillions of dollars to repair the damage that will be caused by Iran’s horrific response,” Shamkhani said during an interview with Iran’s state television.

Iran, meanwhile, maintains that its nuclear program is for peaceful purposes only.

That claim was finally exposed as a blatant lie last weekend by the former head of the IAEO, Fereydoun Abbasi-Davani.

Abbasi-Davani told IRNA TV that Mohsen Fakhrizadeh, the founder of Iran’s nuclear program, had been working on a nuclear weapon.

The ex-IAEO chief alleged that Fakhrizadeh had acted against a “fatwa” banning the production of nuclear weapons.

This fatwa allegedly issued by Khamenei actually consisted only of a statement announcing that it was to be issued.

However, Khamenei himself ordered the IAEO to work on a nuclear weapon and never issued a fatwa banning the production of nuclear weapons.

Fakhrizadeh was also tasked with establishing and arming the many militias that make up the Iranian axis, Abbasi-Davani said.

That claim was finally endorsed in 2015 by the International Atomic Energy Agency (IAEA) in Vienna.

In a report titled “Final Assessment,” the IAEA wrote that Fakhrizadeh oversaw nuclear activities “in support of a potential military dimension” to Iran’s nuclear program.

The same IAEA, meanwhile, bemoans Iran’s lack of cooperation and says it is “blind” regarding key components of Iran’s nuclear program, such as the centrifuge plant in Karaj that was also targeted by the Mossad earlier this year.

The Iranians have produced 170 advanced centrifuges in Karaj since the beginning of August without any oversight by the IAEA.