This analysis covers background information about the death and burial of Al Jazeera reporter Shireen Abu Akleh last week, and includes new facts that were not reported by the international media until now.

The death of an Al Jazeera journalist during an Israeli army (IDF) action in the northern Samaria Palestinian-controlled city of Jenin last Wednesday, May 11, continues to stir up controversy.

The international criticism increased after violent riots broke out on Friday during the funeral of Shireen Abu Akleh. 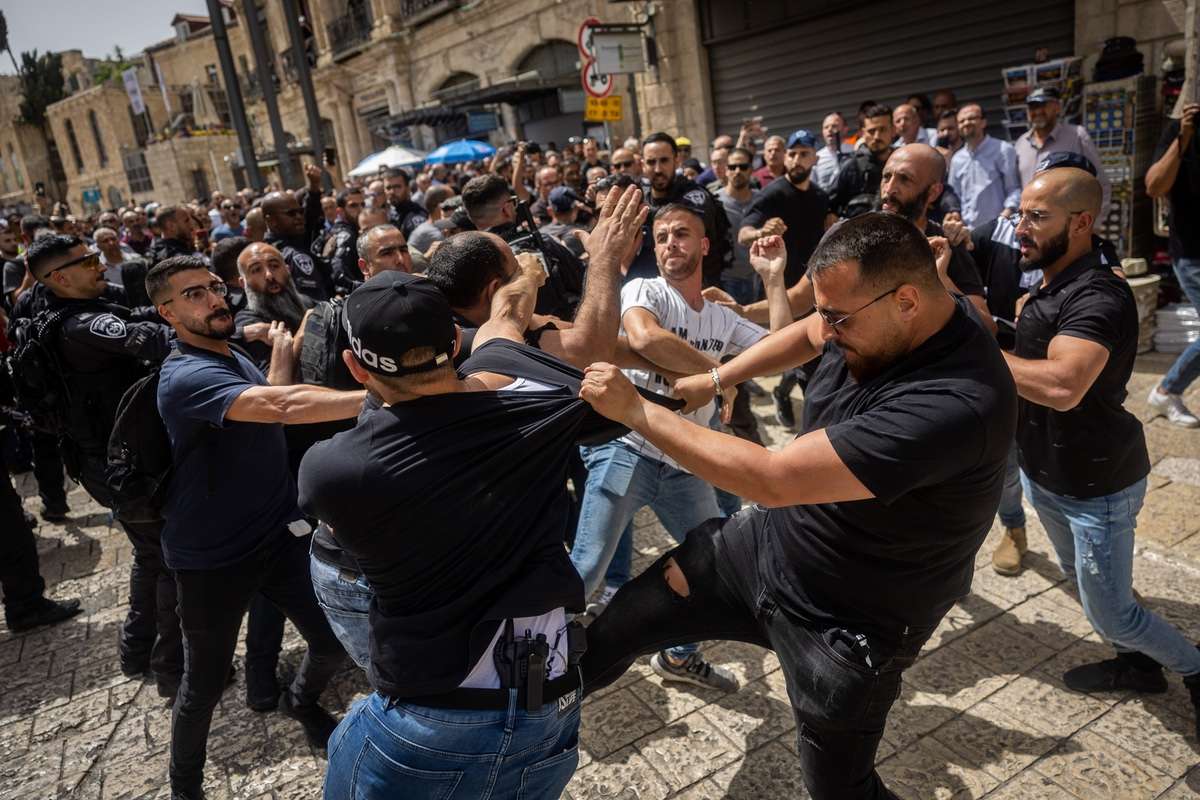 The Palestinian narrative was that the police in Jerusalem used excessive violence against “the grieving masses.”

Images of this part of the funeral spread quickly around the world, initially via social media.

The international media immediately accepted the Palestinian narrative, which in turn led to a series of condemnations by many governments, including that of the United States.

That these condemnations were based solely on statements by Palestinian spokespersons and videos uploaded to social media by pro-Palestinian activists didn’t bother the international community.

See related: Does Anyone Actually Care About Shireen Abu Akleh?

The same happened after Abu Akleh was shot dead in Jenin.

Israel was held directly responsible for the journalist’s death and was even charged with murder by Al Jazeera and Palestinian Authority leader Mahmoud Abbas, who spearheaded the baseless campaign against the IDF.

Abbas cynically used Abu Akleh’s death to boost his prestige among the Palestinian people, by organizing a national mourning event at his headquarters in Ramallah.

Abbas, furthermore, threatened to go to the International Criminal Court in The Hague to bring charges against the “criminals” (IDF).

However, the PA leader at the same time refused to comply with an Israeli request for an impartial international forensic investigation into the shooting of Abu Akleh. 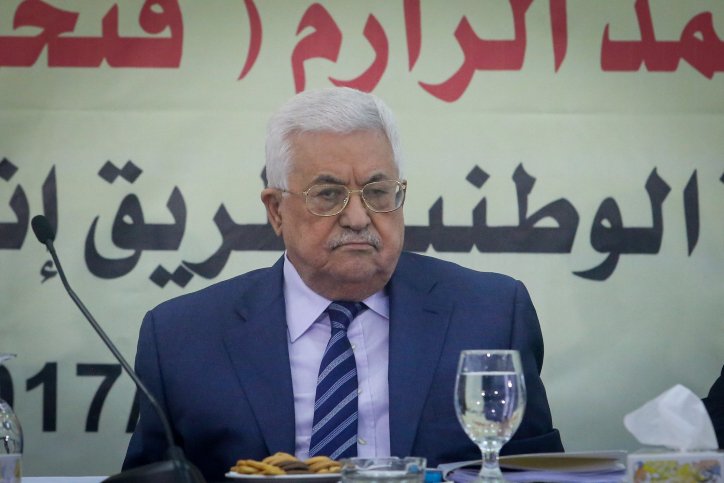 The PA later said that the bullet that hit the journalist in the head was in its possession and also claimed that it was from an M-16 sniper rifle allegedly used by the IDF. Abu Akleh, they said, was killed by a 5.6-millimeter bullet.

However, snipers from the Israeli army were at a distance of 800 meters from the Al Jazeera journalist, and under such circumstances IDF snipers use a rifle with 7.62-millimeter bullets.

Palestinian terrorists are also in possession of stolen M-16 rifles, as evidenced by an IDF raid on Monday night when Israeli soldiers seized an M-16 rifle during an arrest attempt in the town of Ras Karkar.

Then, there was a video that was filmed right after Abu Akleh was shot dead.

In that video, a Palestinian gunman could be heard shouting that he had just shot an “Israeli soldier.”

However, there were no injuries or deaths reported by the IDF during the raid on the Jenin refugee camp.

An analysis of this video provided preliminary evidence that Abu Akleh was likely fired upon by Palestinian gunmen and that they were close to the spot where Abu Akleh was killed.

We will probably never know who was responsible for this tragic incident because the PA does not allow an independent investigation. 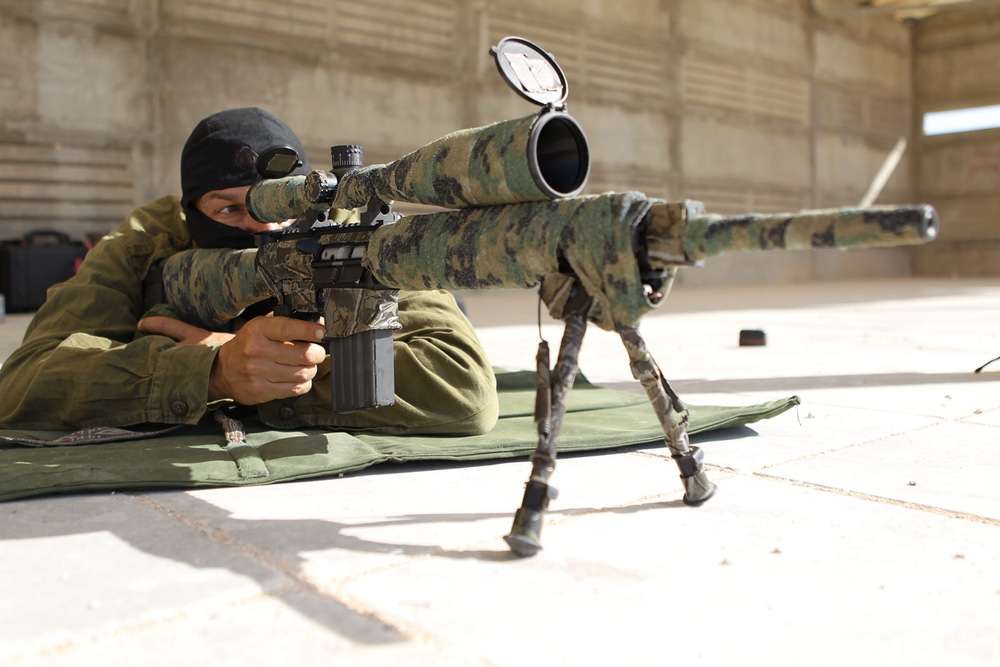 Then there is the international outcry over the police crackdown during Shireen Abu Akleh’s funeral.

The narrative here is that the police attacked grieving Arabs and used excessive and brutal force.

The outcry was based on a 30-second video clip that circulated on social media before the footage was taken over by the international media.

Most media reports have focused on the police action which, without the context in which it took place, did indeed give the impression of the use of unnecessary and brutal force. 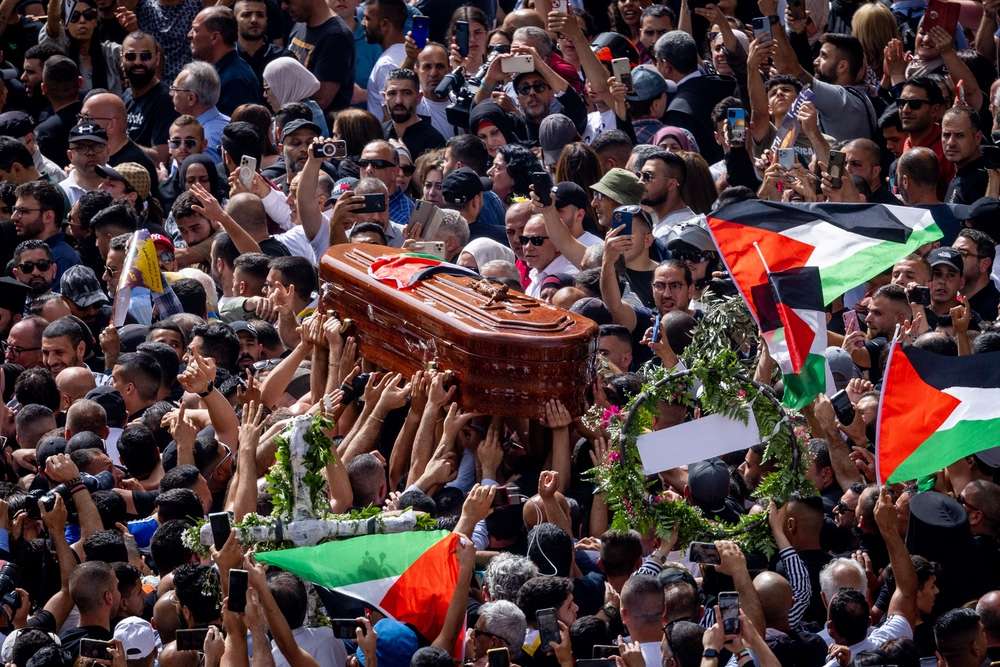 Shireen Abu Akleh’s casket was supposed to be transported to burial in the Christian fashion, but was hijacked by a Muslim mob. Photo: Yonatan Sindel/Flash90

However, there is more than meets the eye regarding this incident.

First, Abu Akleh was a Christian woman and she was buried in a Protestant cemetery on Mount Zion in Jerusalem.

Abu Akleh’s parents once lived in Bethlehem and then moved to Jerusalem before Shireen was born.

The agreements that the Abu Akleh family made with the police were that the funeral would take place in the Christian tradition and that her coffin would therefore be transported to the cemetery in a hearse.

However, a group of about 300 Muslims completely hijacked the funeral ceremony and turned it into an Islamic-style event also seen at funerals of terrorists.

Thus it happened that the mob of Muslims prevented the coffin from being transported to the hearse while they threatened the driver and then placed the coffin on the shoulders of selected people.

After this they shouted “Allah Hu’Akbar” and swore never to prostrate to anyone but Allah and to “avenge the blood” of the Al Jazeera “martyr.”

Shireen’s brother and an EU ambassador present at the time called upon the Arab Muslims to return the coffin to the hearse, but in vain.

When the rioters also draped a Palestinian flag over the coffin and began to throw rocks and bottles at the police, the cops intervened and attacked the group of Muslims.

At that moment the intent of the police still was to allow the funeral to go ahead as planned and to get rid of the group of Muslims.

However, the Muslims were determined to proceed with the hijacking of Abu Akleh’s funeral and used force to deter the police from restoring order. 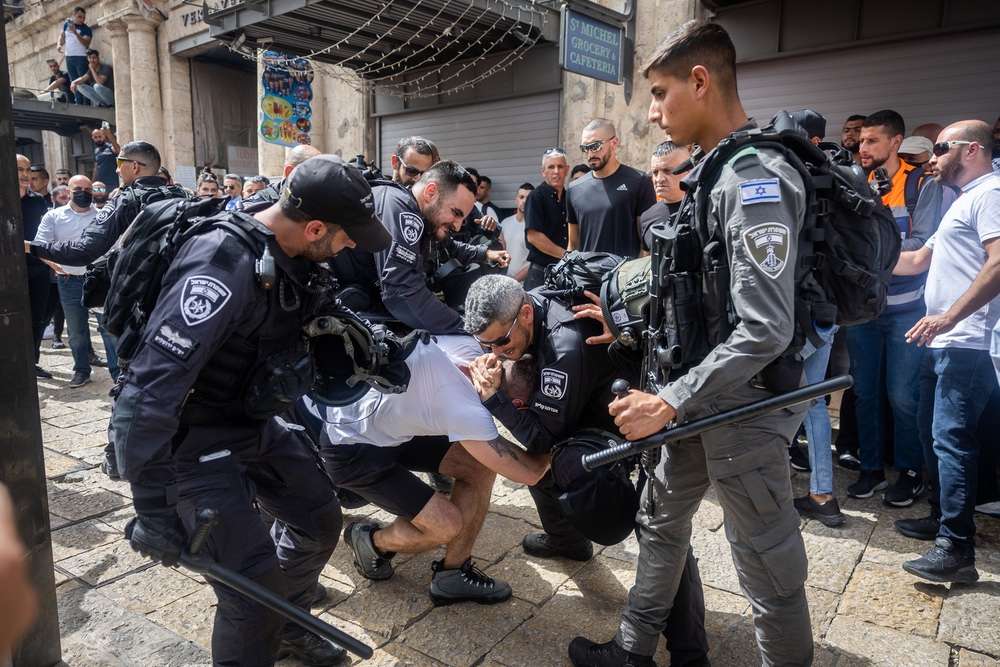 The scenes of violence at the funeral served well those who like to blame Israel without considering context. Photo: Yonatan Sindel/Flash90

On Tuesday afternoon, it was further revealed that Fatah terrorists who had been in Israeli prisons were responsible for the hijacking of Abu Akleh’s funeral.

Those given ‘the honor’ of hijacking Shireen’s coffin and carrying it on their shoulders to a nearby church were all members of Fatah, the Palestinian faction that rules the Palestinian Authority.

Some of them were banned from entering the Old City of Jerusalem and were wanted by Israeli police.

The group was in constant contact with the Muqata, the PA headquarters in Ramallah, and arranged for hundreds of Muslims to attend the funeral.

The international outcry was, therefore, as mentioned, only based on a 30-second video clip, while the run-up to the funeral already showed that chaos was once again on its way to Jerusalem.

Police had asked Abu Akleh’s family to limit the number of those present out of fear that riots would break out, yet this is exactly what happened.

The police had also announced that they would not allow the funeral to be turned into a demonstration for the Palestinian national cause, but were apparently not aware of the Fatah plot and were caught off guard by the group of 300 Muslims.

After the funeral, Palestinian police arrested Milad Musa, a Hamas supporter from the suburb of Bir Zeit near Jerusalem.

Musa had also attended the funeral and there shouted slogans against the Palestinian Authority, according to Israeli Arab journalist Khaled Abu Toameh.