Israel next week will commemorate the start of what is widely known as the “Second Intifada,” Yasser Arafat’s four-and-a-half year war against Israel after signing two peace agreements with the Jewish state.

I came to Israel in August 2000, and naively expected that peace with the Palestinian Arabs was only a matter of time. After all, there had already been a peace summit in Camp David, where then-US President Bill Clinton tried to bring the sides together and extracted unprecedented concessions from Israeli Prime Minister Ehud Barak.

Yasser Arafat, the leader of the nascent Palestinian Authority refused to make any concession on key issues such as the borders of a Palestinian State and the control over the Temple Mount in Jerusalem. Arafat insisted also on the ‘right of return’ for millions of Palestinian Arabs and their descendants who had fled Israel before and during the 1948 War of Independence.

The Palestinian leader even denied every Jewish historical claim to the Temple Mount and the existence of two Jewish Temples on what is called in Arabic Haram al-Sharif, the plateau where Muslims built a mosque in the seventh century in Jerusalem. 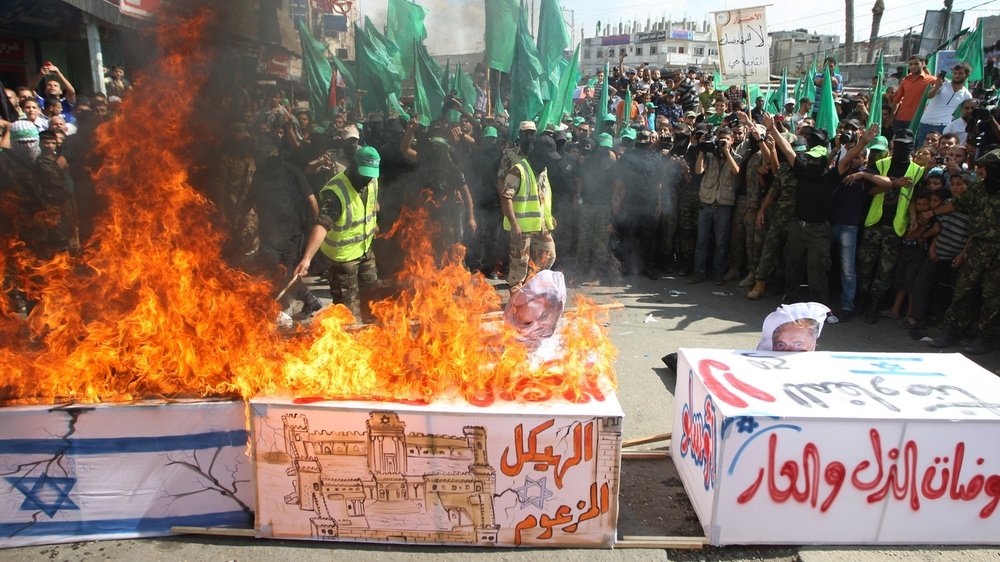 The Palestinians signaled early on that they had no intention of ever living in peaceful coexistence with a Jewish state. It took everyone else a while to catch on.

European media, however, insisted that peace was a matter of a few more rounds of talks, which indeed took place in the Egyptian cities of Sharm al-Sheikh and Taba, but didn’t yield breakthroughs needed to reach a peace agreement. They were dead wrong, as I later heard from Israeli insiders who had followed the whole ‘peace process’ and saw what was Yasser Arafat doing in reality.

When Rosh HaShanah arrived at the end of September 2000, my family and I were most of the time in a synagogue in the city of Rehovot and we didn’t turn on the television during the two days of the festival.

We also weren’t able to communicate much with other worshippers because we had yet to start “ulpan,” a Hebrew language crash course.

So, when I finally turned on the television after the festival I stared in shock at the footage of the violence that had engulfed Israel during the holiday. The most repeated footage was of a Palestinian father with his 12-year-old son, Mohammed al-Durrah, in the Gaza Strip as they seemed to seek shelter from gunfire behind a concrete wall.

According to the Palestinian narrative, Jamal and Mohammed al-Durrah were seeking shelter from bullets shot at them by Israeli soldiers. The story later proved to be a hoax used to heat-up the Arab street across the Middle East. 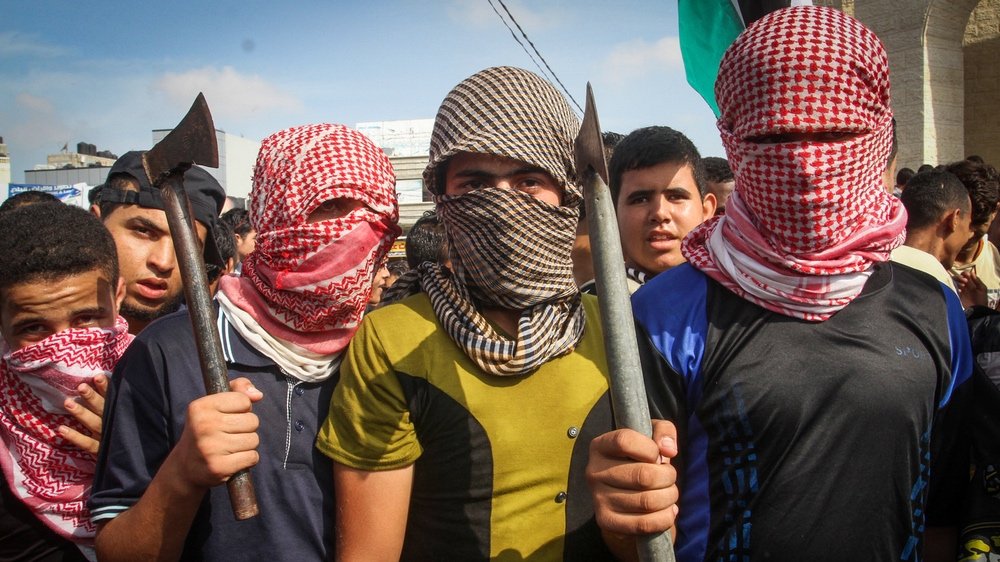 Sadly, it did not take much to incite a Palestinian population that had already been brainwashed to view Jews as their mortal enemies.

After watching the images on Israeli television for more then one hour, I decided to call my Israeli friend Erez Bar Haim who had helped us with the process to immigrate to Israel (Aliyah). Erez explained to me that on the first day of Rosh HaShanah, Palestinian Arabs together with their Israeli counterparts had launched what they called the Second Intifada in protest to a visit by then-Israeli opposition leader Ariel Sharon to the Temple Mount in Jerusalem.

Sharon’s visit was approved and fully coordinated with Jibril Rajoub, a Palestinian Authority official, but it was in fact a trap that would allow the Palestinian leadership to launch what in Israel is now called “The Oslo War” by most pundits.

In the days following the ‘outbreak’ of the Second Intifada, stone-throwing and hurling of Molotov cocktails gave way to an organized suicide bombing campaign that was mostly directed at Israeli civilians traveling on busses or dining in restaurants.

In the four-and-a-half years to follow, 1,053 Israelis lost their lives, more than the number killed during all previous wars, except for the War of Independence in 1948, when 6,400 Israelis were killed, among them 2,400 civilians. 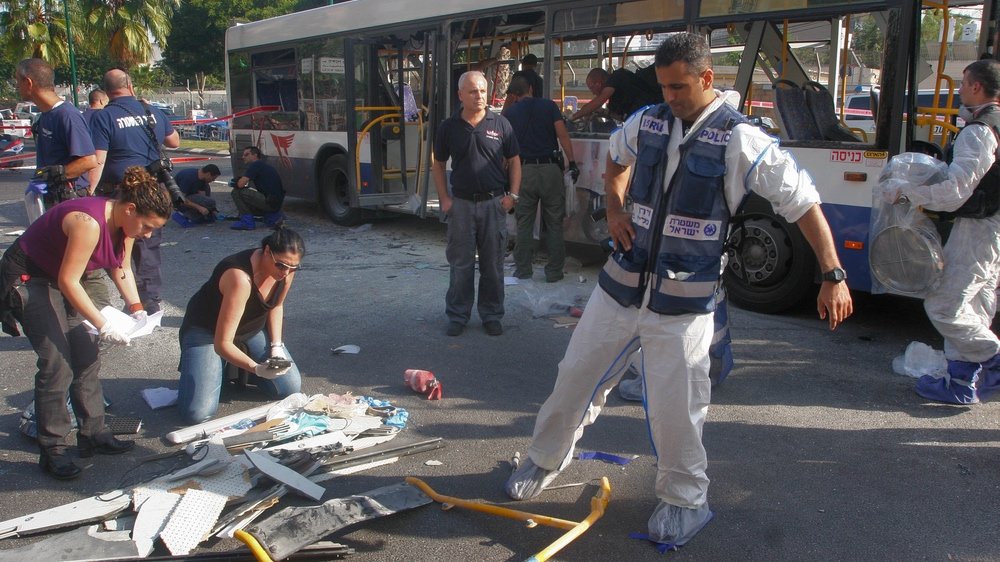 I remember terrible events like the suicide bombing in the Ultra-Orthodox Geulah neighborhood in Jerusalem one Shabbat when a Palestinian suicide bomber dressed-up as an ultra-Orthodox Jew blew himself up among worshippers who were returning from a prayer service.

I also recall the terrible fear I felt when I heard on the radio that the Clal building in Jerusalem was targeted by a suicide bomber moments after my daughter visited the building. She didn’t answer my calls immediately, but later telephoned me to say that her bus had left the area of the building moments before the suicide attack.

In those days I used to work for the IDF Central Command in eastern Jerusalem, and had to travel 130 kilometers from the kibbutz I was living at in the Beit Shean Valley. After passing the checkpoint near Shadmot Mechola, I used to give full gas and drove at maximum speed in the direction of Jerusalem. Israeli cars were shot at by Palestinian terrorists on Highway 90 in the Jordan Valley, and I thought that by driving fast I’d be a more difficult target to hit.

On another occasion, I was driving home from Eilat to Kibbutz Ein Hanatziv near Beit Shean and in the area of Jericho we suddenly watched how the Israeli army used flares to light up the area of Highway 90. I understood that the soldiers were looking for a terrorist and ordered my children to lay down on the floor of the car to avoid being hit by bullets. 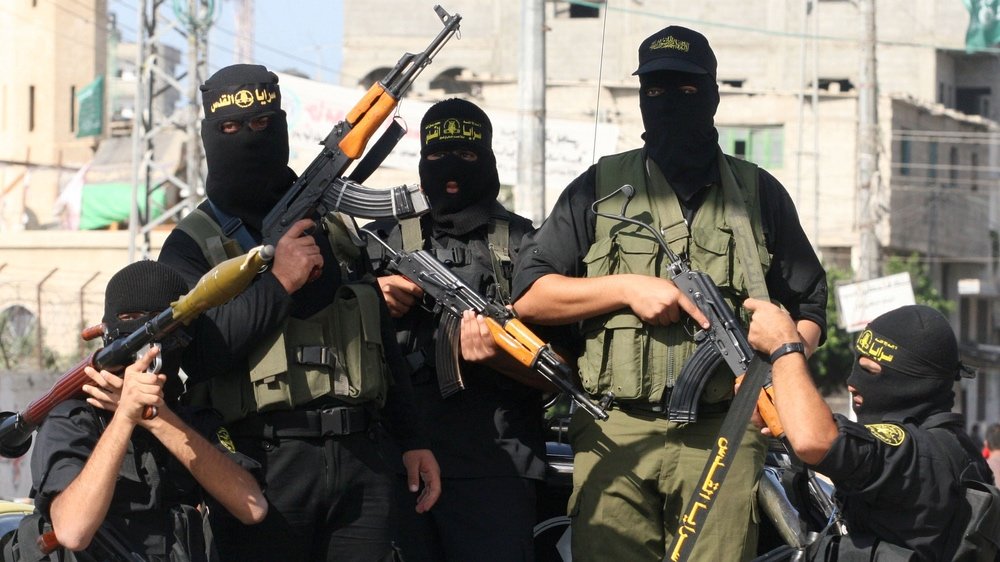 Palestinian gunmen do not discriminate between Israeli civilians and soldiers.

During these years I witnessed many other terrible events, such as the killing of two Israel youngsters near to the settlement of Beit Haggai, 10 kilometers south of Hebron, or the panic following a mass attack on religious Israelis who were returning from a prayer service in the Cave of the Patriarchs.

One could say that nobody in Israel escaped the Second Intifada unscathed, and this explains why Israeli society never fully recovered from this terrible period.

Someone once summed it up in a sentence: “The Second Intifada made realists of all Israelis.” 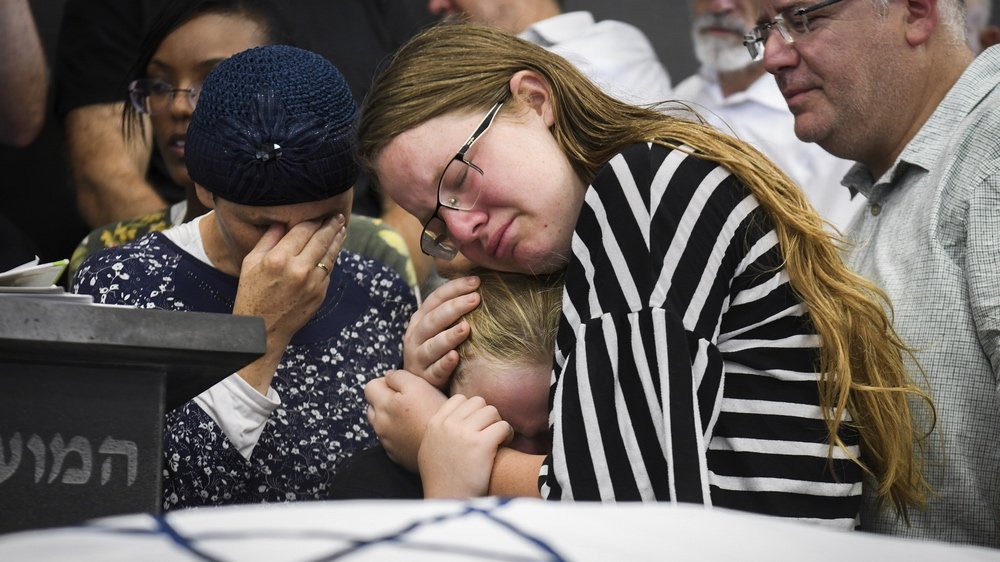 Repeated scenes of tragedy and loss finally woke most Israelis up to the true reality of the conflict. These weren’t “sacrifices for peace,” for there was no peace at the end of the road.

Prior to the war, the majority of Israelis supported peace negotiations with the Palestinian leadership, but after the Second Intifada most lost interest in launching new peace processes. The result was a political earthquake. The last left-wing government in Israel was that of Ehud Barak, the Labor politician who was Prime Minister for two years before being defeated by the hawkish Likud politician Ariel Sharon, who led Israel to victory over the Palestinian terror movements during the Second Intifada.

After that, there have been two attempts to restore the Left to power by forming new parties. The first attempt was in 2005, when Ariel Sharon switched sides and became the leader of the newly-formed Kadima party. The second was in 2019, when the Blue and White party was formed with the sole purpose of toppling Prime Minister Benyamin Netanyahu, the longest-serving Prime Minister in Israeli history.