The Alexander Nevsky Church, also known as the Cathedral of the Holy Trinity, is a Russian Orthodox church, but not one presently under the Kremlin’s control.

In 2020, Russia arrested a young Israeli woman, Naama Issachar, for possession of cannabis. In exchange for her release, former Prime Minister Benjamin Netanyahu promised to recognize the Russian government’s control of the Alexander Nevsky Church.

Amidst growing Russian frustration with Israel linked to the Ukraine war, Putin is now calling in that debt.

Israel for weeks maintained a degree of neutrality over the Russia-Ukraine war. But last week, Foreign Minister Yair Lapid joined the chorus of world voices accusing Putin and his forces of war crimes and even genocide.

“A large and powerful country has invaded a smaller neighbor without any justification. Once again, the ground is soaked with the blood of innocent civilians,” Lapid said while visiting Greece earlier this month. “The images and testimony from Ukraine are horrific. Russian forces committed war crimes against a defenseless civilian population. I strongly condemn these war crimes.”

The foreign minister reiterated his charges while in Romania last week.

On Sunday, the Kremlin summoned Israeli ambassador Alexander Ben Zvi to clarify Lapid’s remarks and to accuse Israel of trying to distract from its own conflict with the Palestinians.

“There was a poorly camouflaged attempt to take advantage of the situation in Ukraine to distract the international community’s attention from one of the oldest unresolved conflicts – the Palestinian-Israel one,” the Russian Foreign Ministry asserted. 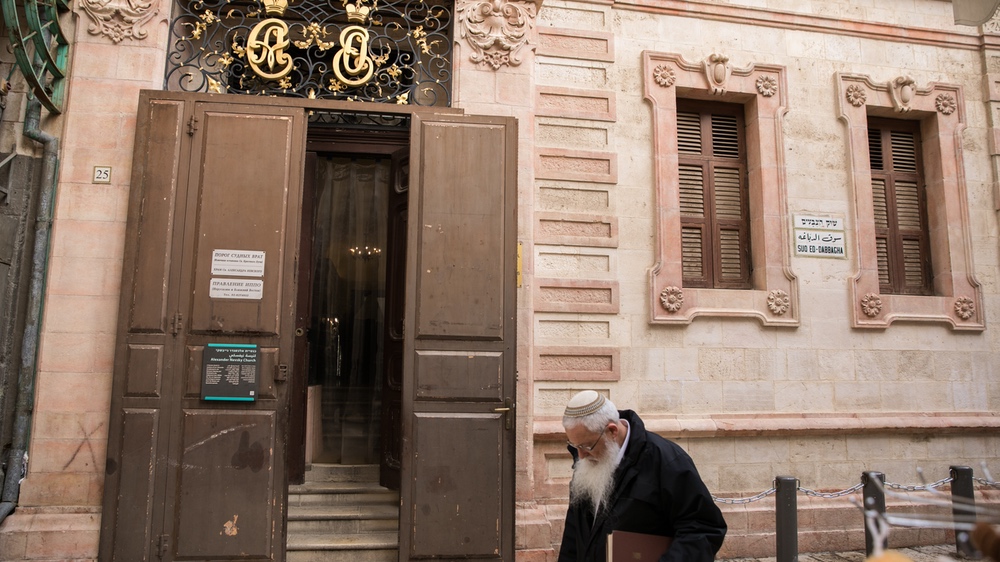 What is the Alexander Nevsky Church, and why’s it so important?

The Alexander Courtyard is situated adjacent to the Church of the Holy Sepulcher in the heart of Jerusalem’s Old City and contains, among other structures, the Alexander Nevsky Church.

For years, the Russian government has been urging Israel to settle the dispute once and for all by making official the Imperial Orthodox Palestine Society’s ownership of the Alexander Courtyard.

For more on what this means in regards to Israel’s sovereignty over Jerusalem and the political leverage it gives to countries like Russia, see: Who Really Owns Jerusalem, and Does It Even Matter?