Israel’s “government of change” isn’t faring well in public approval ratings six months after the unlikely coalition came to power. A new survey commissioned by Channel 12 News found that most Israelis feel the government is focusing too much on the issues they care for the least.

Just 44% of respondents said they are pleased with the performance of Prime Minister Naftali Bennett.

Foreign Minister Yair Lapid made out even worse, winning the approval of just 42% of Israelis.

The only cabinet minister to score greater than 50% approval rating was Defense Minister Benny Gantz (55%).

If elections were held today, the parties that make up the ruling coalition would lose a total of four seats, making it impossible to form the same government again.

The current government supposedly demonstrates that Israel’s fractured society can come together for the good of the nation as a whole. It was supposed to inspire hope after what some Israelis describe as the “dark years” of Benjamin Netanyahu dominating the political scene.

Perhaps the trouble is that the current leaders aren’t as adept as Netanyahu at steering public discourse. According to the Channel 12 poll, the perception (true or not) among most Israelis is that the Bennett-Lapid government is spending too much time on the issues they care about least.

What do Israelis care about right now?

To the casual observer of the evening news, of course, it looks as though the government is spending an inordinate amount of time dealing with Iran and coronavirus, even if that’s not actually the case. Those just happen to be the issues that make headlines. 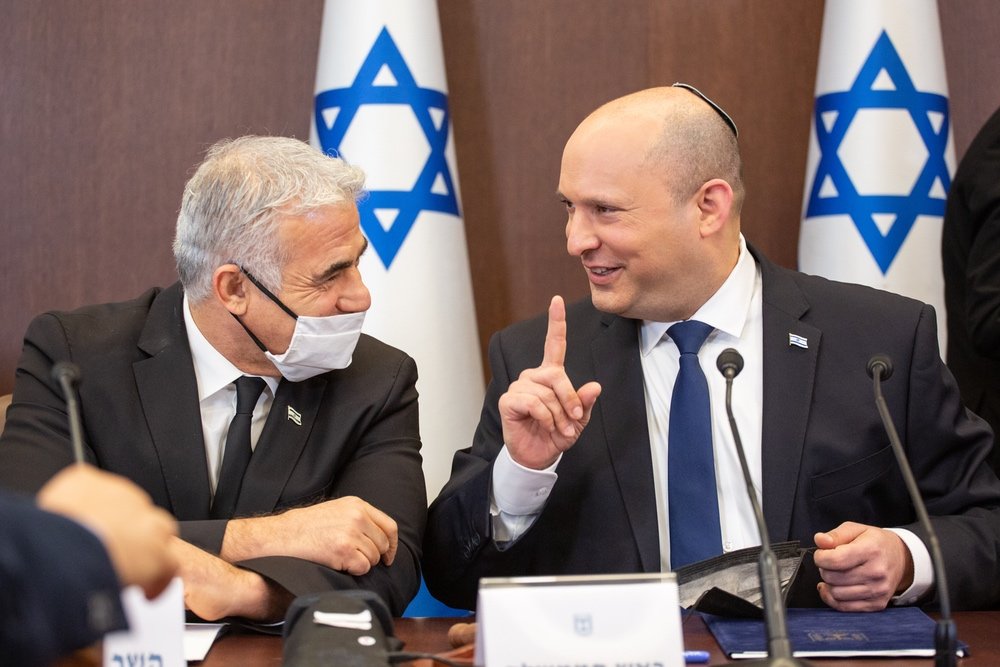 So what’s the solution? According to a plurality of those surveyed, the answer to the present conundrum is to return Netanyahu to the prime minister’s chair.

Some 43% of respondents said they prefer the previous Netanyahu-led right-wing government, while just 36% prefer the current ruling coalition.

A similar poll conducted back in October also found that far more Israelis want Bibi over Bennett as prime minister.

However, while more Israelis might prefer Netanyahu and the previous government, it’s still not enough break Israel out of the political deadlock that resulted in four national elections over just two years.

According to Channel 12, Netanyahu’s Likud would gain seats if elections were held today, and the current coalition would lose seats.

But the overall results would leave the blocs in a tie:

With those results, the current coalition would have no chance of achieving a majority.

The Bibi Bloc could do so if it managed to convince one of the coalition’s right-wing parties (Yisrael Beiteinu or Yamina) to join it. But that’s unlikely so long as Netanyahu is at the helm.

So long as Israel is stuck with the current government, a plurality of voters prefer that Bennett remain prime minister for the full term.

Under the coalition agreement, Bennett and Lapid are supposed to rotate as prime minister. Should the government survive that long, in September 2023 Bennett will step down as prime minister and hand the reins to Lapid.

But the Channel 12 survey found that 44% of Israelis don’t want that to happen, while 40% still support the rotation of prime ministers. Sixteen percent were unsure how they feel about it.