As part of an overseas trial assignment, 25 Foreign Ministry trainee recruits were sent to seven destinations around the world for a period of five days. During the trip, the trainees observed the work of the various delegations, met with senior government officials of the country they were visiting, members of parliament and local journalists, and offered presentations describing the State of Israel and the work in various fields being carried out by the Foreign Ministry.

They visited the Jewish communities, took part in economic activities and cultural events initiated by the missions, and learned about the ongoing work – political and administrative – of the employees of the missions.

One of the trainee groups, which included four Ministry recruits, was sent to Vienna, the capital of Austria. In addition to attending policy meetings, on the first day of the visit, the team of four toured the Jewish Quarter and visited the Great Synagogue.

The synagogue they visited is the only one in Vienna that survived Kristallnacht. During the visit, course cadet Aviv Tzal (Zell) noticed a book placed at the entrance to the sanctuary. That book contained the names of the 65,000 Austrian Jews who were murdered in the Holocaust. Aviv, who knew his grandfather came from Vienna, searched the book and found the name of his great-grandmother, Rosa Zell. 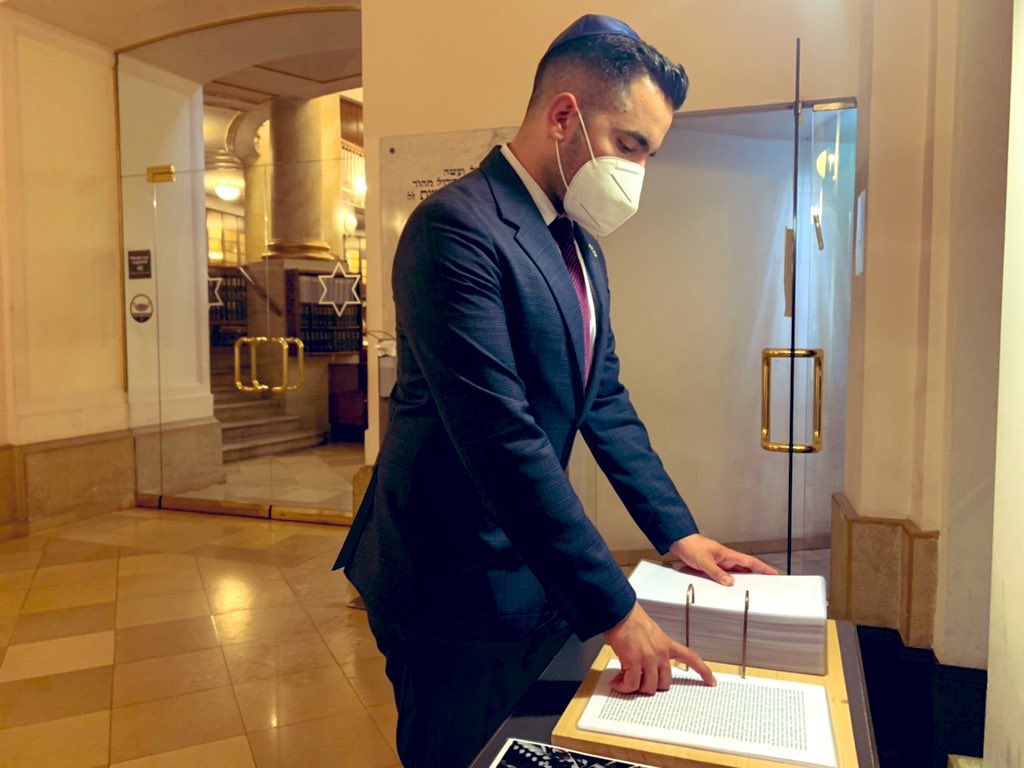 Aviv Tzal finds his great grandmother’s name in a book of Victims of the Holocaust.

Rosa Zell raised her four children alone in Vienna and managed to smuggle them out just before the Nazis entered Austria. Rosa was first taken to the Lodz ghetto and later murdered in the Dachau concentration camp.

For her great-grandson Aviv, this was closure: “80 years after my great-grandmother was taken from her home in Vienna and murdered by the Nazis, I returned to the same place but this time as a diplomat and official representative of the State of Israel. For me, this is an exciting closure and proof for my great-grandmother that despite everything, we won.”

Aviv posted a photo of his great-grandmother’s name in the book, in a tweet, and wrote about the closure that he had experienced. The tweet received many likes and hundreds of shares across Austria, including from senior government officials.

After that at every meeting that the trainee recruits attended, the officials they met with indicated that they had seen the tweet and were very excited by it. A week before the visit, a new monument had been unveiled in Vienna commemorating the names of the 65,000 Austrian Jews murdered in the Holocaust. At the end of the visit, Aviv went to the monument, where Kaddish, the mourner’s prayer, was said in memory of his great-grandmother.