Ninety of Israel’s top doctors and scientists this week launched a campaign to convince the Netanyahu government to shift course in its handling of the coronavirus crisis, and adopt a model similar to Sweden’s.

In an open letter to the government, the medical experts insisted that imposing a nationwide lockdown in light of rising COVID-19 infection rates is a temporary measure whose economic consequences will be far more dangerous than the coronavirus itself.

“Given the large amount of information piling up about the low danger of mortality among the healthy population, and given the lack of certainty about the the efficacy and safety of a vaccine being developed soon, and in light of the research done until now, it’s clear that the best way to get out of the crisis quickly with a minimum of death (and also damage to health and the economy) needs to center on developing deep immunity by preventing the elderly population at risk from being infected.”

In other words, while the coronavirus is indeed deadly for the elderly and those with certain preexisting conditions, for the vast majority of the population it is no more dangerous than a variety of annual sicknesses, including the flu.

As such, reacting with closures and lockdowns is a “strategic mistake, based on a lack of basic understanding of the mechanisms of a pandemic,” according to these doctors and scientists. Dr. Amir Schachar, the head of the emergency wing at Laniado hospital in Netanya and one of the letter’s signatories, told Channel 12 News that the current “hysteria” over the coronavirus is “totally unnecessary.” 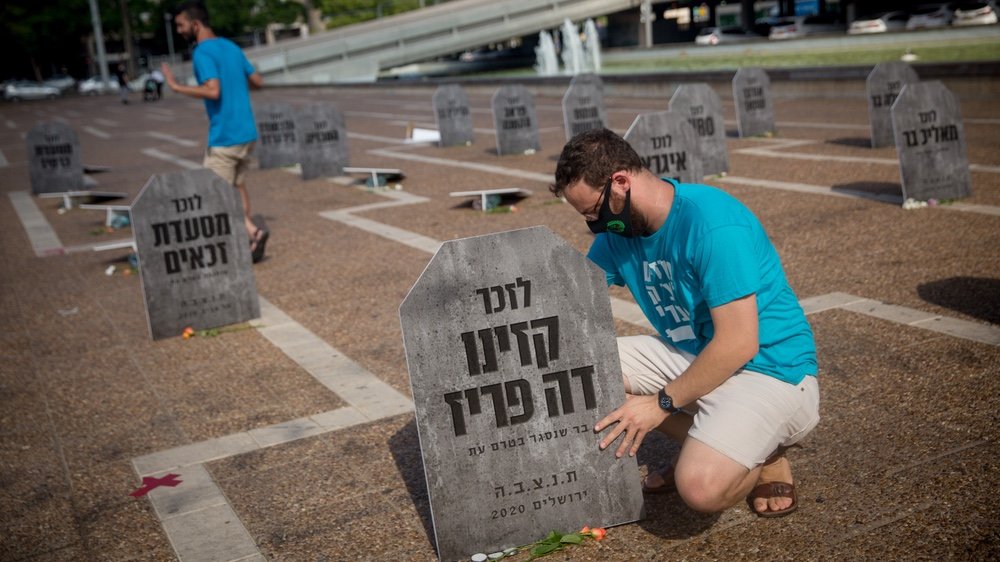 A “graveyard” of businesses shut down by coronavirus restrictions.

Dr. Schachar and the others want to see Israel follow the example of Sweden, where minimal restrictions were imposed to allow the population to develop herd immunity to COVID-19, while maintaining economic health.

Some believe that Israel might already be close to herd immunity, as current estimates are that nine out of 10 infected persons were never tested or aware that they had been infected. In other words, if Israel has to date registered 131,000 confirmed cases of COVID-19, that would mean that in reality, 1.3 million Israelis have already been infected, with most suffering no symptoms.

In addition to being signed by the directors of emergency wards and coronavirus wards of several hospitals across Israel, the letter was also backed by Michael Levitt, the recipient of the 2013 Nobel Prize in Chemistry.