This week’s Torah portion, Korach, is again an exciting one, and I recommend you go read it (Numbers 16-18) before continuing. In short, Korach and 250 fellow Israelites appear before Moses and Aaron and accuse them of “rising above the community,” that is, of usurping unauthorized power. Moses asks God for a sign as to who is right. The next day he announces:

“This is how you will know that the Lord has sent me to do all these things and that it was not my idea: If these men die a natural death and suffer the fate of all mankind, then the Lord has not sent me. But if the Lord brings about something totally new, and the earth opens its mouth and swallows them, with everything that belongs to them, and they go down alive into the realm of the dead, then you will know that these men have treated the Lord with contempt.”

As soon as he finished saying all this, the ground under them split apart and the earth opened its mouth and swallowed them and their households, and all those associated with Korach, together with their possessions. They went down alive into the realm of the dead,with everything they owned; the earth closed over them, and they perished and were gone from the community.

From the episode with Korach, the sages of Israel derive the motto, “Do not be like Korach and his people.” In relation to this guiding principle, they presented the positive side of a discussion, namely that it is conducted “Le Shem Shamaim” – “for the name of Heaven.” Korach attacked Moses with flimsy accusations. He was not truly concerned with answers to his questions, but with his own social position, which he considered to be too low.

We know this phenomenon from our own lives, when we are in a bad mood and start a discussion with our partner that has nothing to do with anything of real importance and ultimately leads to nothing. It’s not about “the name of Heaven,” so there is no targeted, honest, factual discussion. Rather, it’s about my frustration because some idiot cut me off on my way home.

The psychological insights from the Korach episode prompted the commentators on the Bible and the Talmud to compile a large number of criteria from the biblical text necessary for successful conflict resolution. A modern commentator, Rabbi Dr. Howard Kaminsky, has simplified the story for us and systematically summarized ideas from biblical and rabbinical literature in his book Fundamentals of Jewish Conflict Resolution: Traditional Jewish Perspective on Resolving Interpersonal Conflicts, and compared these sources with modern approaches to conflict resolution. He has identified three criteria that determine whether there is a discussion “for the name of Heaven.” This is particularly relevant in our days, when so many people have anti-Israel and antisemitic attitudes:

In a dispute, however, we need to recognize these factors not only in others, but more importantly in ourselves. We need to be aware of our motivations and conduct an honest self-examination. 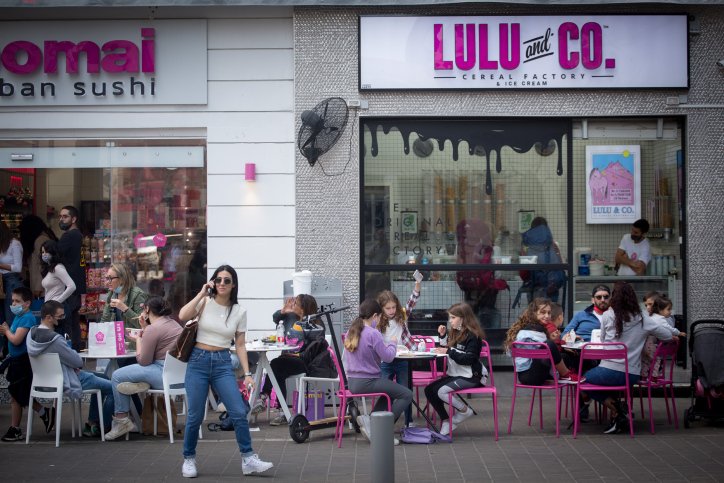 I recently tried out this wisdom on my children when my daughter Sarah said, “Dad, it’s not fair. Racheli received two cookies in her kindergarten and I only received one in school, give me another cookie!”

“Aha,” I thought, “is this about fairness, or does she just want a cookie?” I tried to explain my point of view to Sarah, to see if she had intellectual integrity and was willing to compromise.

“My dear Sarah, you are already seven years old and I am sure you will understand that I am not responsible for distributing the sweets in your respective educational institutions. I am not obliged to compensate you for an independent subjective perception of a possible injustice.”

Silence, Sarah put her head to one side and looked at me searchingly.

I waited for a response.

“That’s not fair!” Sarah suddenly shouted, “Racheli received two cookies and I only received one!”

I tried another argument, “What about Naomi, she got a bag of chips in kindergarten, should she get a cookie now?”

“I don’t care, I want a cookie!” cried Sarah in a tone that was a little too unfriendly for a factual discussion.

Maybe I was the guilty party here, and even if I’m not responsible I should just give the kids a cookie, it’s not a big deal.

“Ok, here you have a cookie,” I said, giving Sarah and Naomi each an Oreo.

Racheli suddenly started crying, “I want a cookie, too!”

“But you already had two,” I said desperately.

It was now clear that this is not “for the name of Heaven,” but only about cookies, and so I completed my psychological examination. I went into the kitchen, got the pack of Oreos, tossed it to the hungry lion cubs, and began preparing for Shabbat.