Although many people may not know it, “The Israeli nation was born in Egypt,” Levana Zamir, who heads the International Association of Jews from Egypt, told Israel Today:

“Jacob our ancestor went to Egypt with 60 people, and we returned with 600,000. In the Hagaddah of Passover, it is written that we were transformed into a nation there. G-d turned a family into a nation. We are all the sons of Jacob; therefore, the Israeli nation was born in Egypt.”

Brief history of the Jews in Egypt

Despite the Exodus out of Egypt, there has always been a Jewish community in the North African country:

“Never was there a situation where there was not a community of Jews in Egypt. It was sometimes small and other times big, but for thousands of years there has always been a Jewish community.”

Zamir noted that according to Josephus Flavius’ writings, a million Jews used to live in Alexandria, Egypt in Hellenistic times:

“Under the Greeks, there was tolerance for their faith. The Egyptian Jewish community had many important figures in the Hellenistic period. For example, Yedida Ha-Alexandroni was a great philosopher. There was also a great Cohen that the Greeks wanted to kill, so he disappeared to Egypt and built a great temple exactly like what existed in Jerusalem. Then, the Romans came and changed the laws. There was no more equality between the Jews and Greeks. There was a great revolt in Israel and the Romans killed thousands of Jews. They were barbarians.”

According to Zamir, the Jews also suffered under Arab rule, though less in Egypt:

“In Arab lands, Jews were always dhimmi and they had to pay jizya for protection and were forced to become Muslim. If not, they would be killed.”

Yaakov Ibn Khillis, a Jew from Egypt, was a vizier, or high-ranking official. However, he fell out of favor with the king and had to flee for his life to Fatimid lands. According to Zamir, he helped the Fatimids to invade Egypt: “He helped the Fatimids also to establish Al Azhar University, the center of Sunni Islam.”

Another prominent figure in the Egyptian Jewish community was Maimonides, one of Judaism’s most prominent Torah scholars:

“He fled Spain to Morocco and after they wanted to kill him, he went to Egypt. He was the doctor of the sultan. He prayed at El Ezra Synagogue. He wrote in Judeo-Arabic. He wrote a letter to the Jews of Yemen, arguing that it was religiously permissible to feign conversion to Islam to save one’s life. The Cairo Genizah contained many holy documents. All of the history of the Jews of Egypt is here. They wrote in both Arabic and Hebrew. It shows how Egyptian we Jews were.” 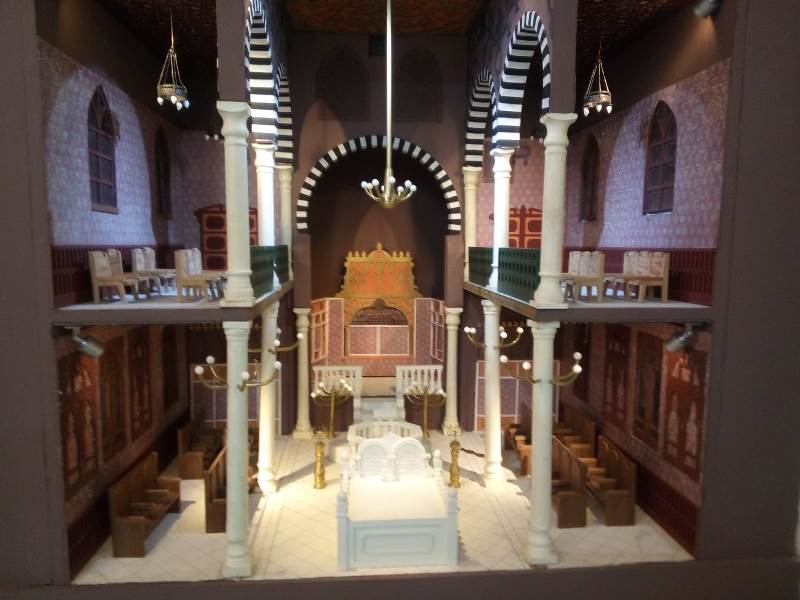 Zamir claimed that the status of Egyptian Jewish women was higher than it was in other Arab countries:

“Money that a woman brought into a marriage for the dowry was hers, not her husbands in Egyptian Jewry. This gave power to the Egyptian Jewish woman. So, if the husband was not good, she could take the money and get divorced. A man could not leave Egypt without his wife’s permission. Egypt gave a lot of power to the women. In Egypt, the women worked and had their own businesses.”

According to Zamir, Egypt has a rich culture, which predates the rise of Arab nationalism:

“The Egyptian aristocrats did not see themselves as Arabs. We are a nation that came from the pharaohs. The government was Turkish, as we were ruled by the Ottomans. Arab nationalism was imported from abroad. Al Afghani brought Arab nationalism to Egypt. Prior to him, Egypt was for the Egyptians, not the Arabs.”

According to Zamir, if the descendants of Muhammed Ali had continued to rule, the Jews would not have had a problem in Egypt. However, to force Egypt to pay back loans for the construction of the Suez Canal, the British kicked his descendants out of power and seized control of the country. He says that this is what led to the Arab nationalists taking over Egypt, who in turn turned on the Jewish community in 1948:

“The Jews built Egypt. All of the first banks including the National Bank of Egypt were owned by Jews. We Jews from Arab states are multilingual. I speak Italian, French, English, Arabic and Hebrew. I studied at a Christian school. We were well-integrated.”

Yet, Zamir noted that none of this mattered:

“The Arabs did not want there to be a Jewish state. So, they took away the business of my father and imprisoned my uncle for the crime of being a Zionist, for a year and a half. Many Jews were imprisoned for a year and a half. I was 10 years old. They knocked on the door and stole many things, and they arrested my uncle. They tried to auction off my piano, but failed thanks to the intervention of an Arab friend. I did not know about my uncle’s imprisonment. I went to school and my teacher told me that they took my uncle to jail. I thought he killed someone. I was only 10. I cried and went to my mother and asked what he did. She said, ‘They took him because we are Jewish.’ ”

“It was a trauma for me to see him go to jail for being Jewish,” she explained. “I had nightmares at night over this. I dreamed for thirty years that I was at our home. A Muslim friend of mine was there, and all of the Arabs heard me speak Hebrew to her. I wanted in the dream to speak French or Arabic, but it came out in Hebrew. I then became scared that I would also go to jail for I am Jewish. We waited a year and a half until they freed my uncle from prison. They sent him directly from the prison to a boat. We then were expelled and could only depart with one suitcase. We went in the middle of the night.”

According to Zamir, the situation further deteriorated in the 1950’s, after his mother had already left:

“Nasser expelled the French and British from the Suez Canal. He expelled all the British, French companies and the Jewish companies. England, France and Israel started the Suez War. We got almost to Cairo. We conquered Port Said. But then the Americans told to us stop. Then, after that, there was the Six Day War that destroyed all of the Egyptian aircraft. All of the planes fell apart on the ground. They imprisoned the remaining Jews and used to torture them daily. There were three waves of imprisonment followed by expulsion, one after 1938, one in the 1950’s during the Suez Crisis and one around the Six Day War in 1967. There was no one left in school. Everyone went to jail. The Consul of Spain rescued many of the Sephardic Jews, claiming that they were Spanish citizens. However, those who did not have a consul to claim them remained in jail for a year and a half. This is the story of the ethnic cleansing of the Jews from Egypt.”

In the end, 50,000 Egyptian Jews would be compelled to flee to Israel. From Zamir’s perspective, it is a modern-day exodus story, which is almost as dramatic as the original one in antiquity.

In recent days, Dr. Mohammed Aboulghar, one of the founders of the Egyptian Social Democratic Party, published a book titled “Jews of Egypt: Departure and Dispersion,” which argues that Egyptian Jews were responsible for their own exodus.

“To deny the tragedy of one million Jews from Arab countries is like Holocaust denial, although the latter is of a different order,” Zamir noted.” We said nothing after Dr Aboulghar published his first book. But if we Jews of Egypt don’t speak up against lies, who will?” 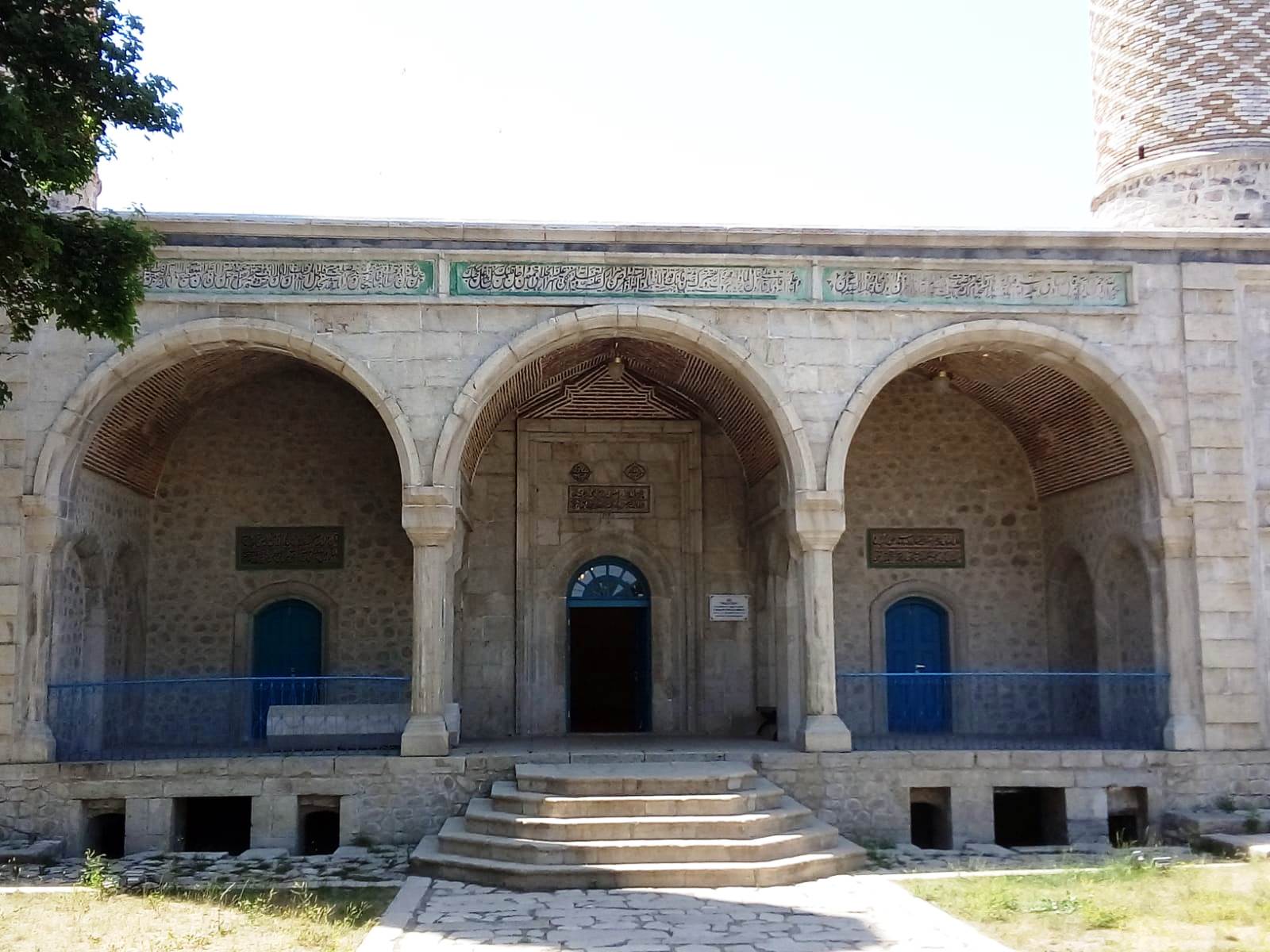