Jehan was born to an Egyptian father and a British mother. In 1949, she married the future president of Egypt, Anwar Sadat, who was the first Arab leader to make peace with Israel.

Sadat traveled in 1977 to Jerusalem, the capital of Israel, to address the Knesset. It was a shocking move by one of the top leaders of the Arab world, and one that demonstrated the Egyptian president’s sincere commitment to peace. It also led to his later assassination.

Jehan accompanied her husband on that trip and mingled freely and happily with Israel’s political elite. 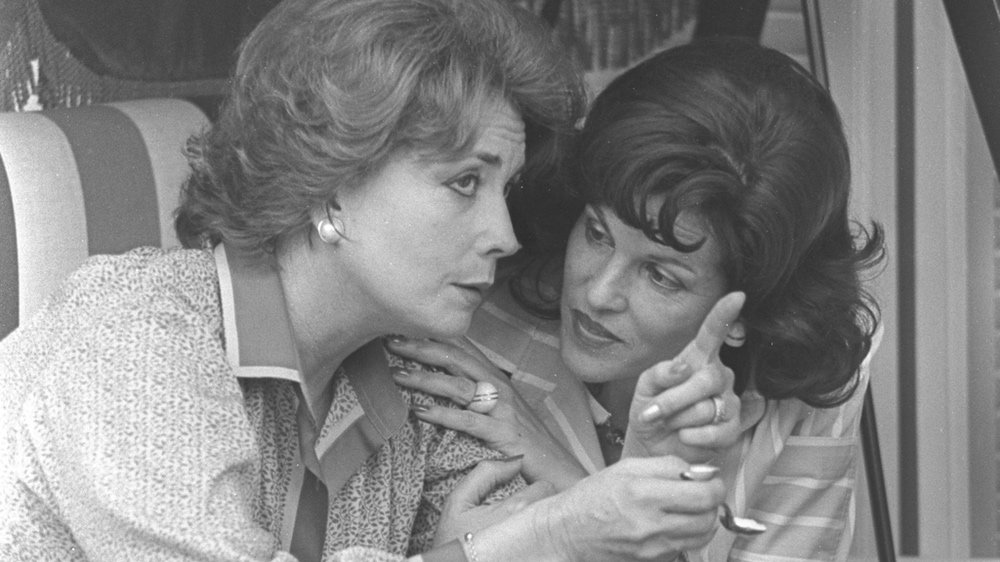 Jehan Sadat “continued to promote the cause of peace for many more years [following her husband’s death]. On behalf of the State of Israel, I would like to express my deepest condolences to the President of Egypt and the Egyptian people,” read a statement issued by Israel President Isaac Herzog.

In a 2009 interview with CNN marking the 30th anniversary of the Israel-Egypt peace agreement, Jehan said:

“I am very optimistic that what my husband did, what he gave his life for will never, ever go in vain. I believe, though I’m not young, that I will see peace prevailing in the Middle East between the Arabs and the Israelis, and I am a very realistic woman. I am not living in fantasy or illusion.” 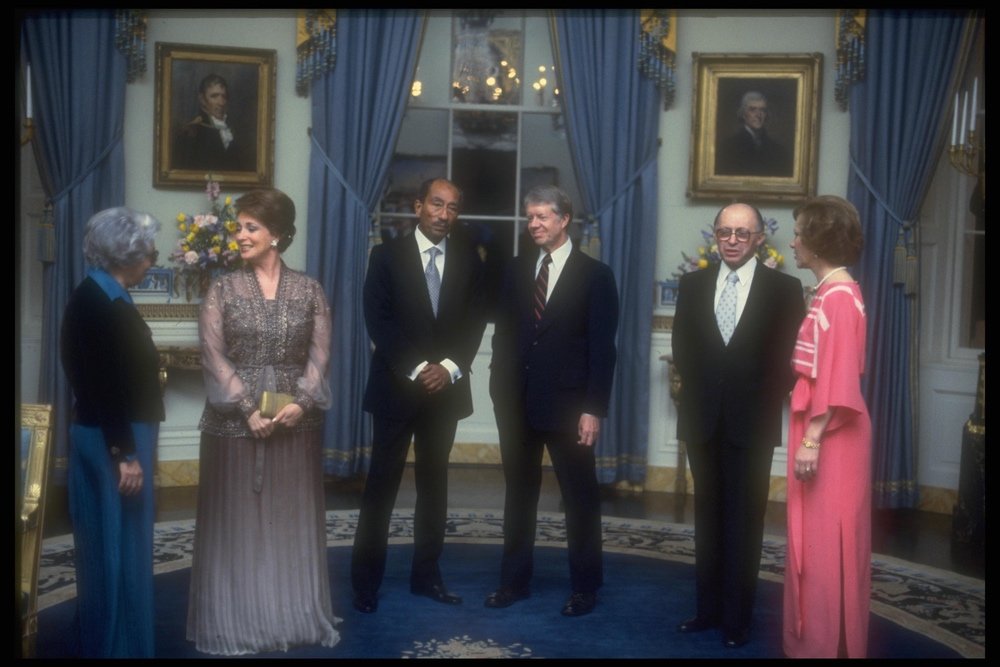 The Sadats, Carters and Begins at a White House dinner following the Camp David Accords. Jehan Sadat (seen second from left) would go on to describe this as one of the happiest times of her life.

Indeed, Jehad did live to see Israel go on to make peace with Jordan, the United Arab Emirates, Bahrain and Morocco. In addition, Israel enjoys warming relations with both Saudi Arabia and Oman. All of this was built upon the foundation of her husband’s work.

In that same 2009 interview, Jehan Sadat recalled the heady days of the Camp David Accords: