No matter how often Israelis go to the polls, one thing is certain: the frequent elections over the past two years are not bringing the people closer together. On the contrary, every election has only served to deepen the rifts in Israeli society. And there is already talk of the fifth election.

Yes, Netanyahu and his ruling Likud Party won a plurality of votes and will command 30 seats in the next Knesset. But the voters of the remaining 90 Knesset seats, which are divided between 12 different parties, did not choose Netanyahu. The right-wing bloc might be larger overall than the left, but it is also deeply fractured, with extreme Kahanists to one side and right-wing liberals on the other. Establishing a stable coalition government with such a selection is tricky, at best. 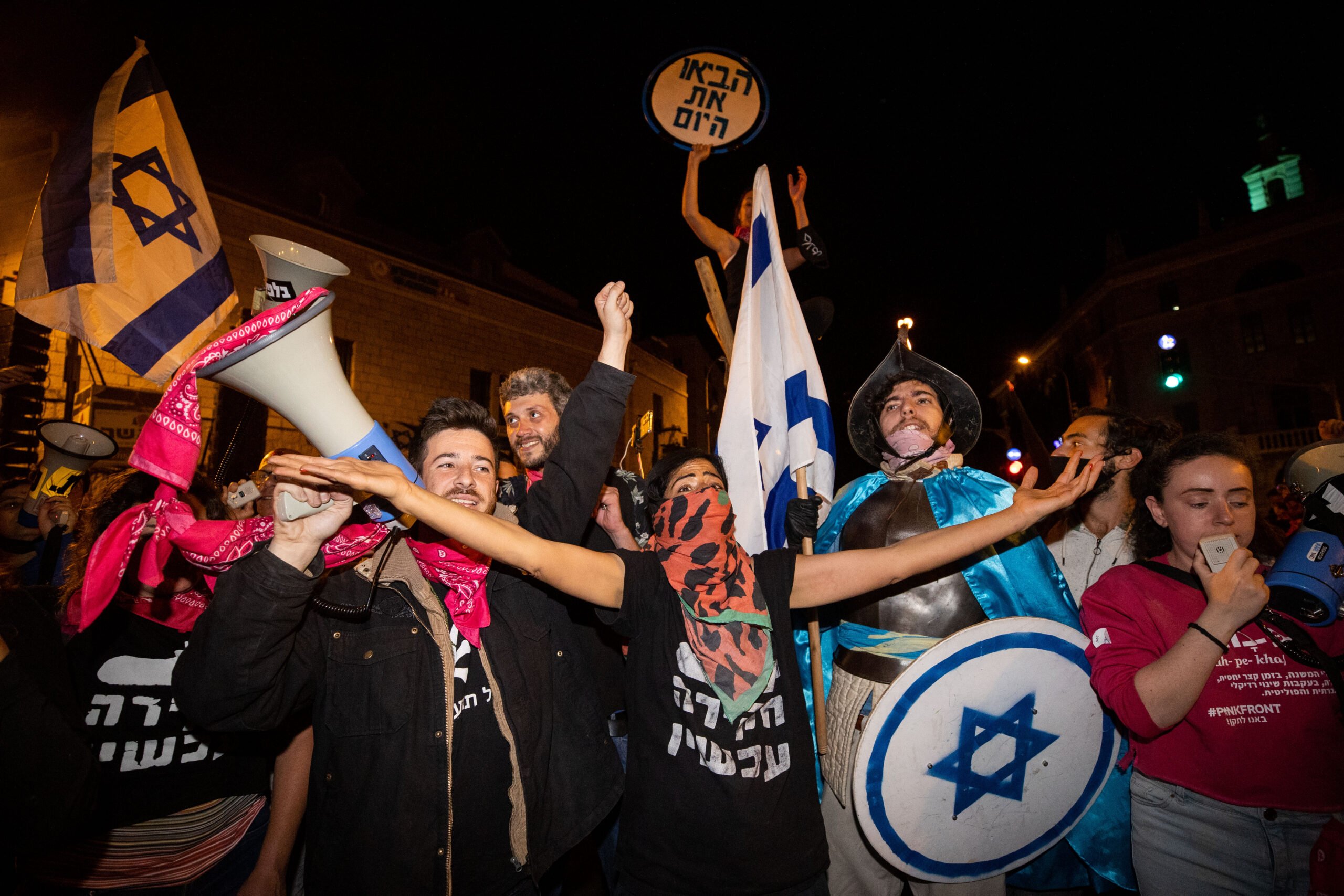 Each election shows more and more how deeply divided Israeli society has become. Protest against Bibi.

On the popular Israeli satirical comedy program Eretz Nehederet (Wonderful Land) a character by the name of Shauli was asked on Election Day what the solution was to the nation’s current political quandary. His reply: “We urgently need a civil war. I say this with pain, but yes. There is simply no chemistry among the people. There is no unity. We’re just too different. Look, we have the Yemenites, Poles, Russians, Bulgarians, Syrians, everything. We are a salad. And not a tasty one. Look at the Swedes, there is only one kind there. A fat Swede, a slender Swede, a strong Swede, a cross-eyed Swede. But all of them are Swedes. There are no Romanian Swedes, no Moroccan Swedes, no Orthodox Swedes. Any self-respecting country must go through a civil war. Look at the Americans, they made it to the moon. And blacks are no longer slaves, but rappers. The Syrians are now having a civil war and will soon benefit from it. We also want a civil war, because only this can unite us.”

As painful and sarcastic as Shauli’s solution sounds, it expresses the fear of many Israelis in a somewhat exaggerated manner. Unfortunately, there is always a bit of truth in humor.