Fighting for a Right-Wing Government

Some find it inconceivable that with a clear right-wing majority, Israel might anyway get a center-left government

Few can remember an Israeli election in which one side emerged so dominant. And yet, a month after the last election, Israel still can’t put together a stable governing coalition.

Broadly united in their ideology and on a similar page in terms of their political platforms, the right-wing parties in Israel won a strong majority of 72 out of 120 Knesset seats on March 23.

It should have been a relatively simple matter to establish a majority right-wing government with those numbers. But in Israel, nothing is ever simple.

Israel’s four elections in the past two years have been less about Right vs. Left, and almost entirely about Benjamin Netanyahu and whether or not he should remain prime minister. And there are plenty on the Right who think he shouldn’t.

Bibi’s got only a few more days to pull off another political miracle and somehow emerge at the head of Israel’s next government. Meanwhile, his right-wing detractors and critics are busily negotiating an alternative coalition with the larger center-left factions lead by Yesh Atid chief Yair Lapid. 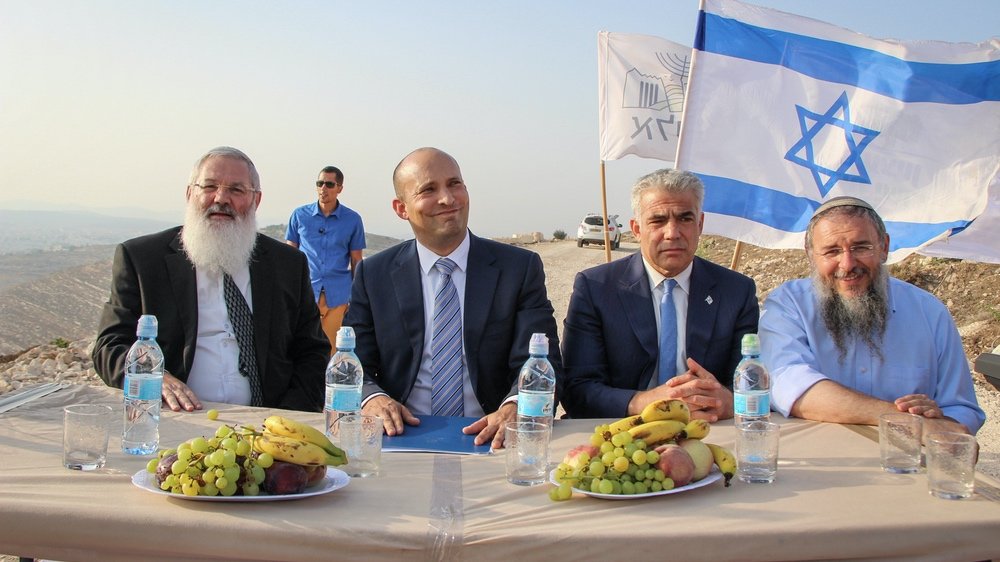 Naftali Bennett (center left) and Lapid (center right) might be united in their distaste for Netanyahu, but they don’t agree on much else, for instance the legitimacy of Jewish settlements and control of Judea-Samaria.

On Wednesday, the heads of two right-wing parties, Yamina and New Hope, held talks to coordinate demands ahead of a meeting with Lapid. Naftali Bennett (Yamina) and Gideon Sa’ar (New Hope) only control 7 and 6 seats, respectively, but without them, Lapid (whose Yesh Atid has 17 seats) has zero chance of unseating Netanyahu. Even with those two parties, along with fellow right-wing faction Yisrael Beiteinu, a “national unity government” would still lack a majority.

Apparently opposed to handing such power to a center-left bloc that was roundly defeated by the Right, Bennett’s number two, Ayelet Shaked (pictured top), is reportedly doing all she can to scuttle those negotiations.

According to Channel 12 News, the former justice minister is working hard up until the last minute of Netanyahu’s mandate to put together a right-wing government. But that would require New Hope (6 seats) and Yisrael Beiteinu (7) going back on election campaign promises not to sit in a Netanyahu government. In other words, it’s probably not going to happen.

Alternatively, Shaked is reportedly trying to convince the two ultra-Orthodox parties Shas and United Torah Judaism to drop their commitment to Bibi and join a Lapid-Bennett coalition, thus tilting the national unity government more to the Right.

But the inclusion of Shas and United Torah Judaism would be unacceptable to the staunchly secular Yisrael Beiteinu, and wouldn’t be looked on too kindly by the left-wing factions Labor and Meretz, potentially leaving such a coalition again just shy of a majority.

Continued Uncertainty for Israel: Netanyahu Fails to Form a Coalition

Jesus Debated in Israel as in the Days of Paul

Meron Disaster Stirs Euphoria and Joy on the Arab Street