Moses Jacob Ezekiel was born in Richmond, Virginia to a Jewish family with lots of children. Because of the financial challenges, his parents sent him to live with his grandparents, and as a child he grew up with the house slaves, whom he taught to read. But his dream was to travel to Europe to study art.

He wanted to travel far and wide, so when he was 18, Ezekiel convinced his grandparents to send him to the Virginia Military Institute where he became the first Jewish cadet. He fought in the famous Civil War battle of New Market, Virginia in 1864.

After the war, he moved with his parents to Ohio, in the North, where he began to study sculpture and later continued his studies in Berlin. At age 29 he was awarded a prize that allowed him to study in Rome for two years. While there he built the studio in which he worked until the end of his life. He was proud of his Jewish heritage and produced many sculptures on Jewish and religious topics.

His “Religious Freedom” sculpture was commissioned by B’nai B’rith (Children of the Covenant), an American Jewish humanitarian organization, to be displayed in Philadelphia in 1876 at the first US international art exhibition. Ezekiel’s piece was to be dedicated to “religious freedom” anchored in the US Constitution. When the non-profit B’nai B’rith could not finance the sculpture and transport by ship from Rome to Philadelphia, Ezekiel himself provided the necessary funding. 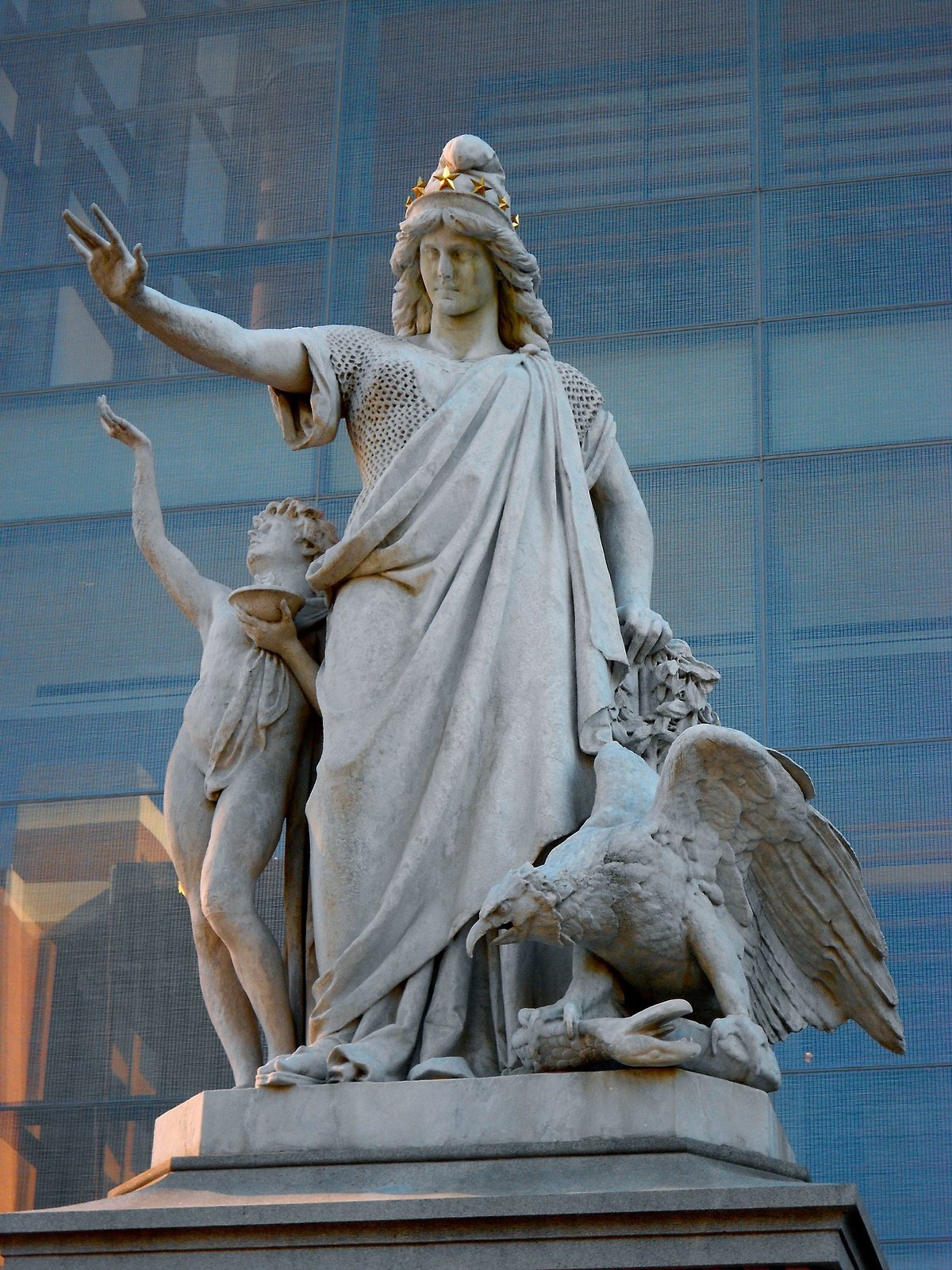 The main character of the sculpture is a feminine image of freedom. She wears a breastplate embossed with the American flag and on her headdress are 13 pure golden stars. One hand holds a scroll covered in bay leaves representing the US Constitution. The other hand is held out as though to say keep away from what I am doing. Below this hand is the image of a child, naked and representing faith, with his face and hand turned towards heaven. His other hand holds a bowl of the fires of faith.

At the foot of the sculpture stands the American Bald Eagle, its wings cocked, claws riveted, and its neck stretched out in a snake-like, impatient, monstrous readiness to pounce.

The sculpture had an enormous impact on religious groups in the US and continues to be a source of inspiration regarding the necessity of protecting faith in America and around the modern world.

Moses Jacob Ezekiel was the first US-born Jewish sculptor to attain international fame. He died in Rome in 1917 after 40 years of artistic creativity.