EDITOR’S NOTE: Beginning this month, we will be running a bimonthly series by Israel Today contributor Stan Goodenough who, as an accredited tour guide, will “take us to” some of Israel’s best-known sites. This will not be, however, just another Holy Land flyer. To give us an idea of what’s in store, Stan explains in this debut column the understanding that guides him as he takes fellow believers around the Land God calls His own.

“Welcome to the Land where Jesus walked, and the Land being readied for His return.”

It is with these words that I greet Christian visitors to the Promised Land, the Land of the Bible – the Land of Israel.

I am a Gentile Christian. For 33 years, Israel has been my home. Here I have been a journalist and, for more than a decade now, a tour guide. Having taken some thousands of Christians all over this little country, and having seen the impact putting their feet on the ground has had on virtually all of them, I believe that there are few ways in which we can more effectively secure and deepen our faith than by visiting: “The Land where Jesus walked”. 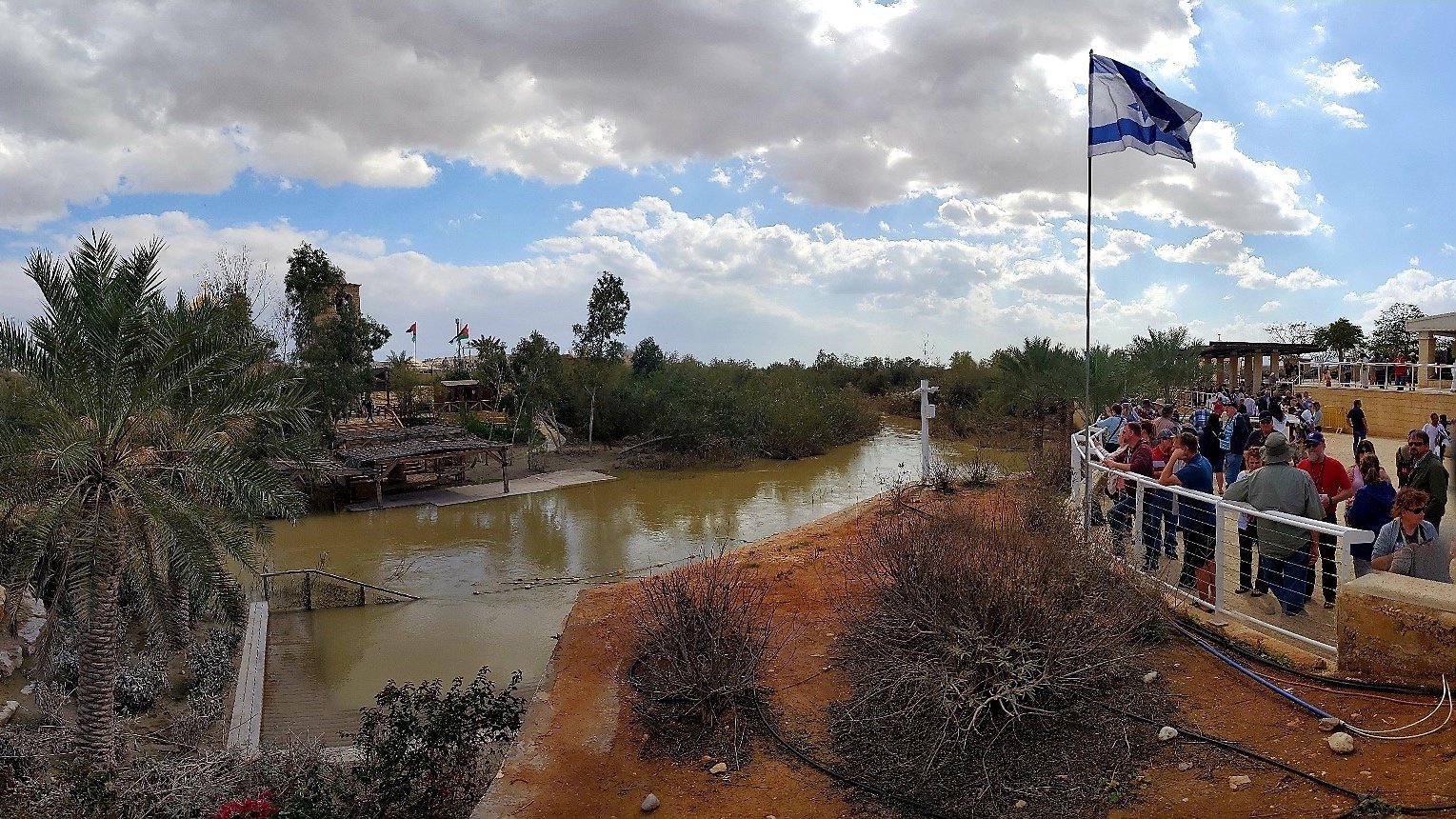 This time-honoured slogan – today splashed across glossy brochures and hanging in travel agents’ windows everywhere – has for centuries drawn people to the Land. And it is to this place, presented in this particular way, that myriads of Christians have come, making pilgrimage to the shrines and landmarks of Terra Sancta (the Holy Land).

Understandably. For surely, for the Christian, it has always been a wondrous thing to see Bethlehem where Jesus was born and Nazareth where He was raised; the Jordan River where He was baptised and the Judean Wilderness where He was tempted; Capernaum where His ministry began, the Sea of Galilee upon which He walked and Caesarea Philippi where Peter confessed Him to be Messiah. And the high point: Jerusalem, with its Mount Olivet overlooking the Temple Mount where He was about His Father’s business; the inner-circle intimacy of the Upper Room; Gethsemane where He anguished; Golgotha where He was executed, and the empty tomb from which He arose before ascending home.

Wondrous, yes. Astounding. Awesome. Deeply moving. There are many words to try to express the specialness of standing in – even touching – these places. Long before there was a digital age, millions of Christians were able to see, in this Land, a 3-D rendition of the geographical setting for “The Jesus Story.”

And for the follower of Yeshua (the Hebrew name from which we derive Jesus), it is, quite simply, all about Him. There is no question that He is unequivocally the axis, the Head, the very Raison D’etre for the faith we embrace. Jesus plays second fiddle to no one; to nothing at all. This is a given: Without Jesus there is no Christianity. It is my foremost premise as a guide.

My second is this. Without Israel, there is no Jesus. Here we arrive at the crux of the matter for me; the reason I guide Israel as I do. It is just as ultimate a truth as the first one. But it has been lost to the vast majority of Christians for almost all the time that there has been Christianity. The Bible makes it perfectly clear: God didn’t just randomly pick one nation out of all the others through which He would send His Messiah. His purpose was divinely designed. Israel – Land & People – was formed, set apart, specifically chosen to fulfil this role. The upshot of this insight will be evident as we “visit” the sites in my forthcoming pieces. 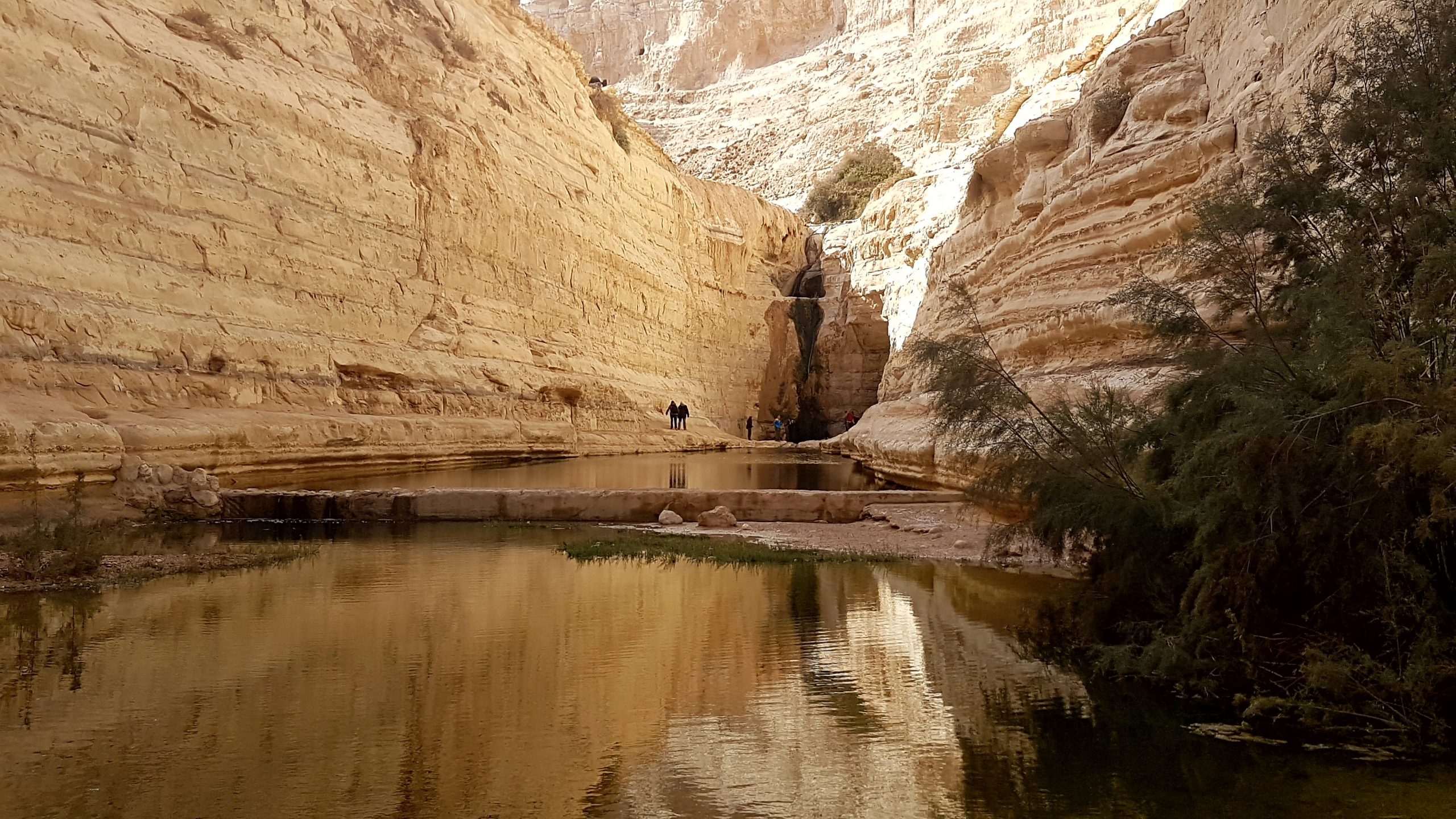 Other principles that shape my guiding are these.

The Bible is a single whole. I guide God’s Land with this Book in my hand. It is the source that informs and undergirds all that I share. Everything. Likely you have a Bible of your own, but please take a look at mine. As a matter of interest, it is the New King James Version. Holding it up, I will show you where I have torn out the page separating Malachi and Matthew. For me, the Bible begins in Genesis and ends in Revelation. It has no “Old Testament” because, quite simply, no part of it is old. Yes, it records ancient history, but it also speaks directly to recent history and to the unfolding now; and it tells us what will soon come down the road – where we are headed and what we will encounter along the way. Israel is central to it all. Which brings me to the next premise.

Scripture recounts the well-known and annually commemorated Exodus from Egypt. Some of my readers will have experienced a Passover seder at which this miraculous story is recounted in all its detail. Well, the Bible just as confidently foretells a Second Exodus – one that has now been underway for 230 years and is still on-going, bringing Jews to the Land from virtually every nation under the sun.

And there is the Valley of Ayalon. It is an ancient Biblical battlefield on which Joshua fought the Amorite kings while the moon stood still. It is also, just as much, a modern Biblical battlefield in which the Jews fought the War of Independence which brought their 2,000-year-long dead nation back to life – as the Scripture frequently foretells.

To me, the continuing aliyah of Jews, and the wars Israel has had to fight in our day, are as Biblical as the events that happened back then. The same applies to all facets of Israel’s modern history – the Land’s liberation from Islamic rule in World War One and from British administration after World War Two, its pioneering kibbutz movement in the pre-state and early state days, its settlements in Samaria and Judea, its agricultural innovations and its world-leading hi-tech; internal Israeli politics, Islamic terrorism, the international community’s hostility towards the Jewish state, antisemitic media-bias, etc. It’s all foretold. It’s all Biblical. 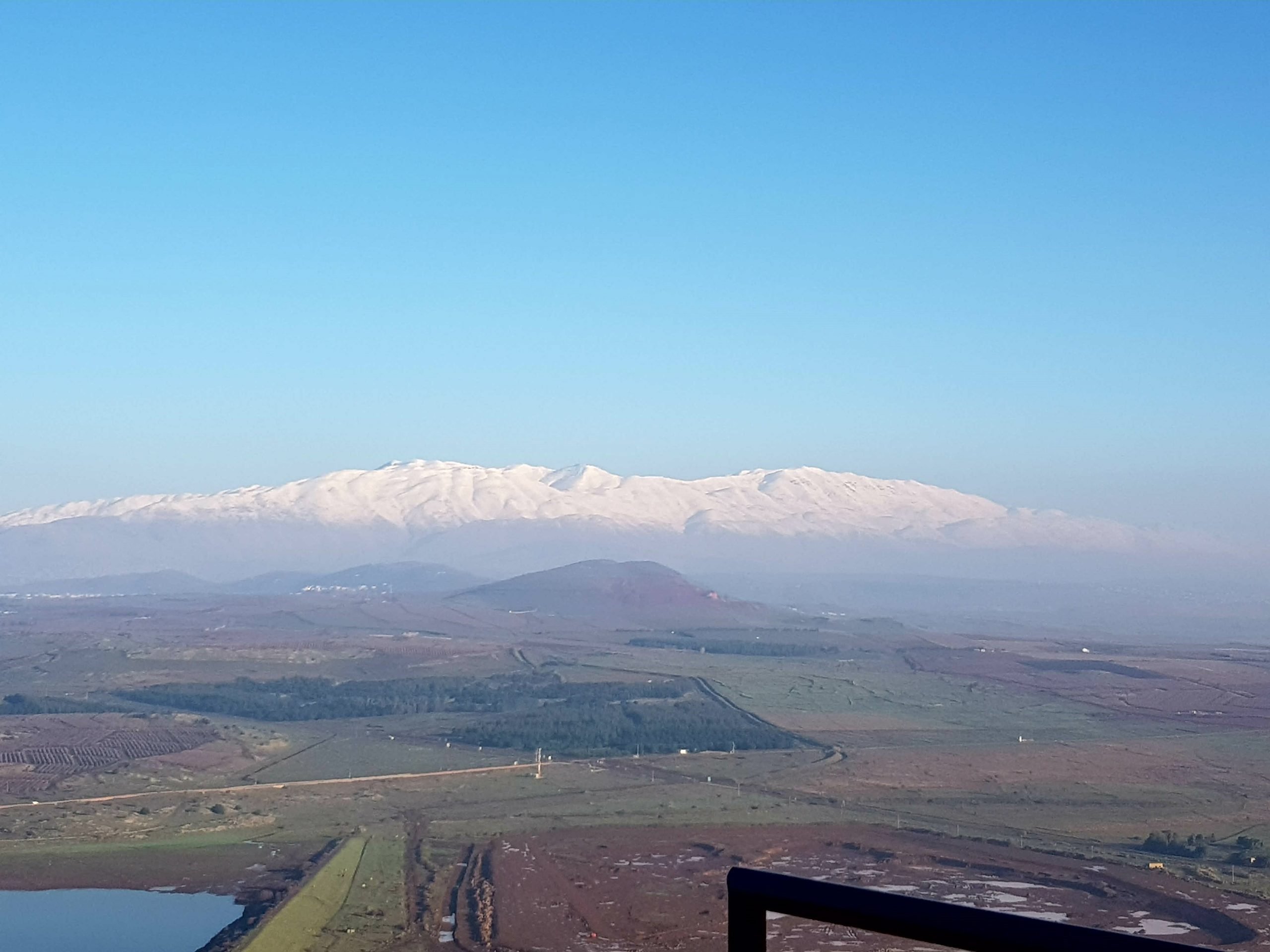 The Bible story is Israel’s story. It is a Jewish book. Completely Jewish. Written by Israel, all about Israel – the People and the Land. We, Gentiles, barely appear in it. Ancient Gentile nations only feature insofar as they interact with Israel. None of our modern Gentile nations are even named.

The Bible majors on the genesis of Hebrew history, the establishment of a country for the Hebrews, the worship of the God of the Hebrews in the Hebrew tongue. It foretells their expulsion, scattering and wandering in a fearfully hostile world. And it foretells their return to their Land and re-establishment as a nation in all of it, including Samaria, Judea and the Golan Heights – never to be uprooted again. The Hebrews, the Israelites, the Jews, the Land of Israel – this is their Book.

When reading the Christian Bible, I have learned as much as possible to see in it, and then, as guide, convey out of it, its Hebraic essence. It changes one’s comprehension considerably when, for example, the word “Tanach” is used instead of “Old Testament” (which is an incongruity – Jesus’s Bible wasn’t old); and reading “Messiah” in place of “Christ”, plugs me right into the 1st century Jewish mindset. (It is what the Jews were looking for, and still are. They’ve never anticipated a “Christ”).

The Gospel begins with Abraham. The “Good News” does not commence with the birth of a Baby in Bethlehem. Its starting point is, of course, in Eden, but it is specifically tied to the calling of Abraham 2,000 years before Jesus. (Galatians 3:8) Christianity was never intended to be a new, distinctive religion. It was malformed into something quite alien from Jesus’s teachings by acutely antisemitic “Church fathers” who mandated the deliberate severing of its Jewish roots. This appalling groundwork led to 20 centuries of Christian Jew-hatred, a hatred that resides in Christendom till today. 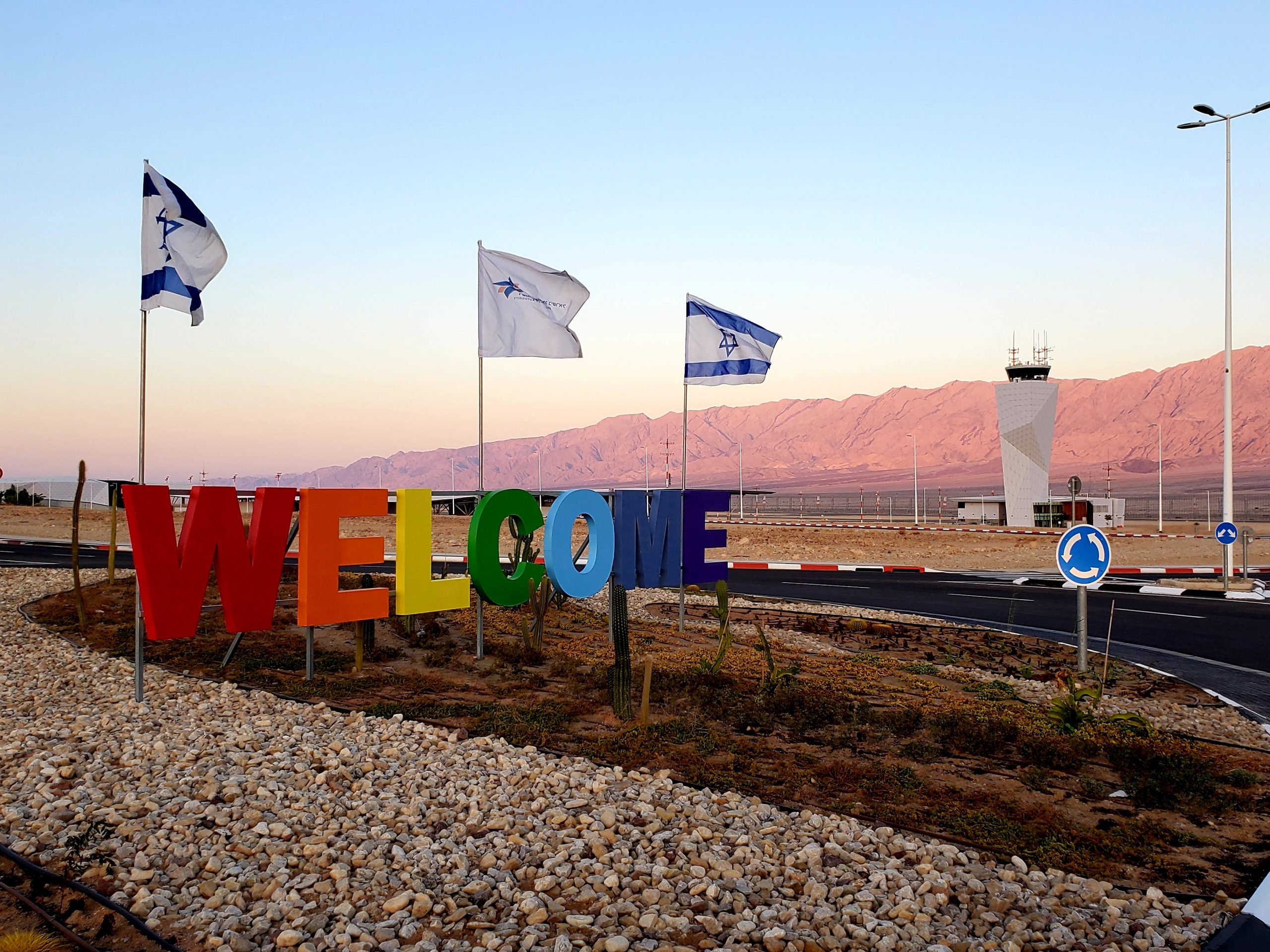 Our destiny, as Christians, is one with Israel’s. For centuries the widespread heresy of Replacement Theology was nurtured by those who led pilgrims to Israel, whose focus was limited to it as the Land where Jesus walked. Physically, the Jews were almost entirely absent from the Land. Spiritually, it was taught they had forever forfeited both their calling as God’s Chosen People and their ownership of the Land. Rendering Israel’s Bible “old” set and perpetuated the notion that national Israel was history. The past. Done away with. The outcome has been calamitous for the Jewish people, making our – Christian – relationship with them almost unhealable. Where on earth, do we begin to find our way back?

We begin in Israel. And we can begin by recognising that this is not just “the Land where Jesus walked”. It is, as importantly, the Land being readied for His return. Once our eyes have been opened to this most marvellous of truths, we can never get away from it, and we cannot ignore Israel’s central role in it. Without national Israel restored, to her land and to her God, the King of the Jews cannot come and reign.

So, we will walk – virtually for now, on these pages – through the Land; through its length and its width. We will go, not only in the footsteps of Jesus, but also in those of Abraham, Isaac, Jacob, Joshua and David; of Peter, James, John, Luke and Paul; and of Herzl, Weizmann, Ben-Gurion, Begin and Rabin.

I hope very much that you will come along as I share the privilege, and thrill, of guiding God’s land.