A senior commander of the Izz ad-Din al-Qassam Brigades (the military wing of Hamas) has fled from the Gaza Strip to Israel in a rubber boat accompanied by the Israeli security forces. The episode, which rivals any espionage thriller, was first exposed by Arab and then Israeli media.

The Hamas commander escaped with listening devices and his laptop containing top secret documents from the upper echelons of Hamas. A major score for Israel’s Mossad spy agency!

The Lebanese daily Al-Akhbar reported that Hamas “had exposed a dangerous Israeli spy network in the Gaza Strip.” Hamas is said to have arrested ISIS jihadists suspected of carrying out suicide attacks in the coastal enclave on behalf of Israel. Whether or not this is true is another matter. There is regular tension between Hamas and ISIS both in Gaza and abroad. Hamas are Sunnis financed by the Shiite regime in Iran, and ISIS jihadists are Sunnis who wage holy war against Shiites and their collaborators, including Hamas. 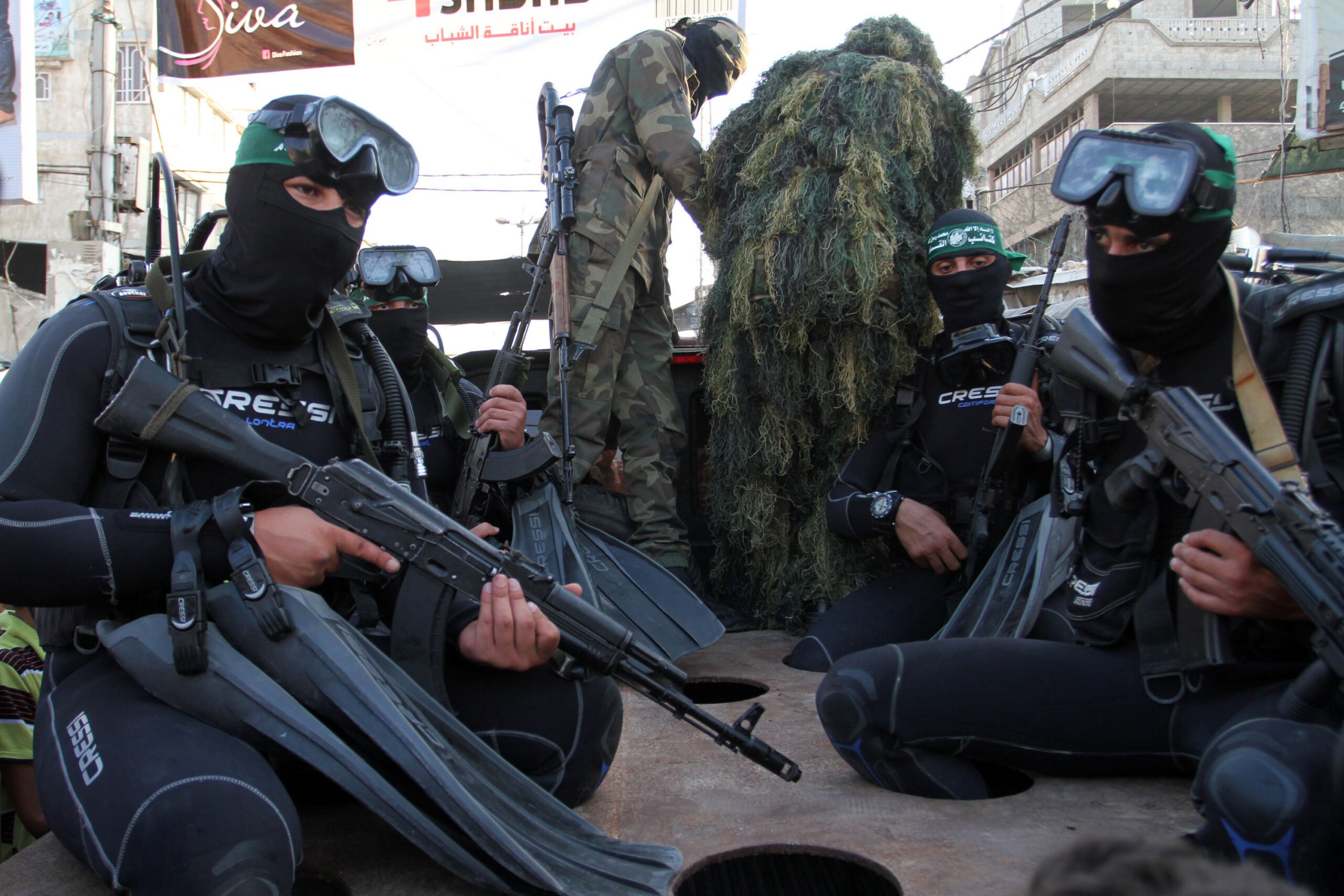 Archive photo: Members of the al-Qassam Brigades naval unit take part in an anti-Israeli parade in Rafah in the southern Gaza Strip

Espionage is key to war

The Saudi television station Al-Arabiya finally put the name of the defector on the table: Mohammed Omar Abu Ajwa. He was the commander of Hamas’ elite naval unit, which was trained to carry out attacks from the water on nearby Israeli targets. According to Al-Arabiya, the escaped commander is said not only to have disclosed important information about Hamas leaders, but also about hidden missile bases in the Gaza Strip. In addition, he revealed the training camps of the Hamas terrorists and the exact locations where political and military leaders of the terror group reside.

Various sources report that Abu Ajwa has been cooperating with Israel for several years. From our sources in Jerusalem and Ramallah, Israel Today learned that the mysterious explosions in Iran, 14 so far in the past two weeks, have to do with the top secret information on Abu Ajwa’s laptop. But about that, no more can safely be revealed.

There is no information about the exact time of the escape, and Abu Ajwa had to leave his family. The Mossad usually also helps the family members of Palestinian spies to flee. These are often complicated operations because the fate of those left behind is terrible.

Abu Ajwa is the second senior Hamas commander who has spied for Israel and escaped at the last moment. An official named Mahmoud who was responsible for the Hamas radio network in northern Gaza also managed to flee the terrorist-ruled territory just before being discovered.

Palestinian sources and newspaper reports indicate that the Hamas leadership is panicking as Israel penetrates ever deeper into the organization. As a result, numerous arrests were made in the ranks of the Qassam Brigades. Several Hamas commanders were secretly interrogated and numerous bodyguards released from service. In addition, leading Hamas members quietly moved to undisclosed locations.

These days, every senior Hamas member is now suspected of cooperating with Israel. It is a serious blow for the terror group. Hamas leader Ismail Haniya has now personally taken over the investigation. Not much is reported about it in Israel or in the Gaza Strip. And as a reminder, these latest developments are taking place in the shadow of reported negotiations on a prisoner exchange between Israel and Hamas.

If you want to gain more insight into Israel’s war of espionage in the Palestinian territories, we recommend the Israeli series “Fauda” now playing on Netflix.