Healing the Church and Synagogue

Long estranged due to hateful Church dogma, Christians and Jews are again coming together

In the beginning, when the Church was still formulating its official doctrines and beliefs about the Messiah Yeshua (Jesus), the Bible was unavailable to the people. Most people were illiterate and even those who could read the Hebrew, Greek or later Latin translations of Scripture could only be understood by a very small circle of professional priests and scholars.

That is why the ancient churches throughout Europe and the Middle East are filled with sculptures, paintings and stained-glass windows on the outer and inner walls and ceilings of the sanctuary.  The Bible and Church doctrine needed to be communicated to the faithful through art, pictures and sculpture.

These images have left powerful and long-lasting impressions on the people who have gazed at them daily through the centuries.

The power of pictures

The most famous sculpture describing the relationship between the Church and Synagogue, which stands in hundreds of churches since the Middle Ages, is of two female figures called Ecclesia (Church) and Synagoga(Synagogue).  The statues stand on the façade of major churches in central city squares for…

Desperate for a return to normal life, Israeli communities go to various extremes 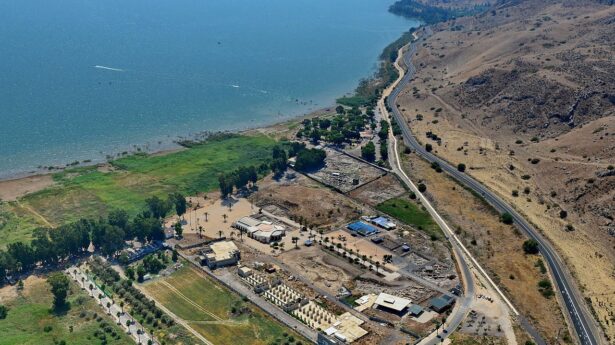 Introducing the first of our virtual tours around the Holy Land. We begin at the crossroads of Jewish and Christian history…