Superhero movie fans have had to wait a while for their first female headliner. And at long last she’s here in “Wonder Woman.” This “wonder” comes from Israel, served in the IDF, has two children and is named Gal Gadot, who looked stunning at the Hollywood premiere of her blockbuster film. And the movie wasn’t bad, either. But no spoilers here! What we will say is that Gadot-fever has spread from Israel around the world. Except for in Lebanon and Tunisia, that is, where “Wonder Woman” was banned because of Gadot’s service in the Israeli army. Suffice it to say that Israelis are very proud of Gadot, and see her as the new face of the Jewish state. 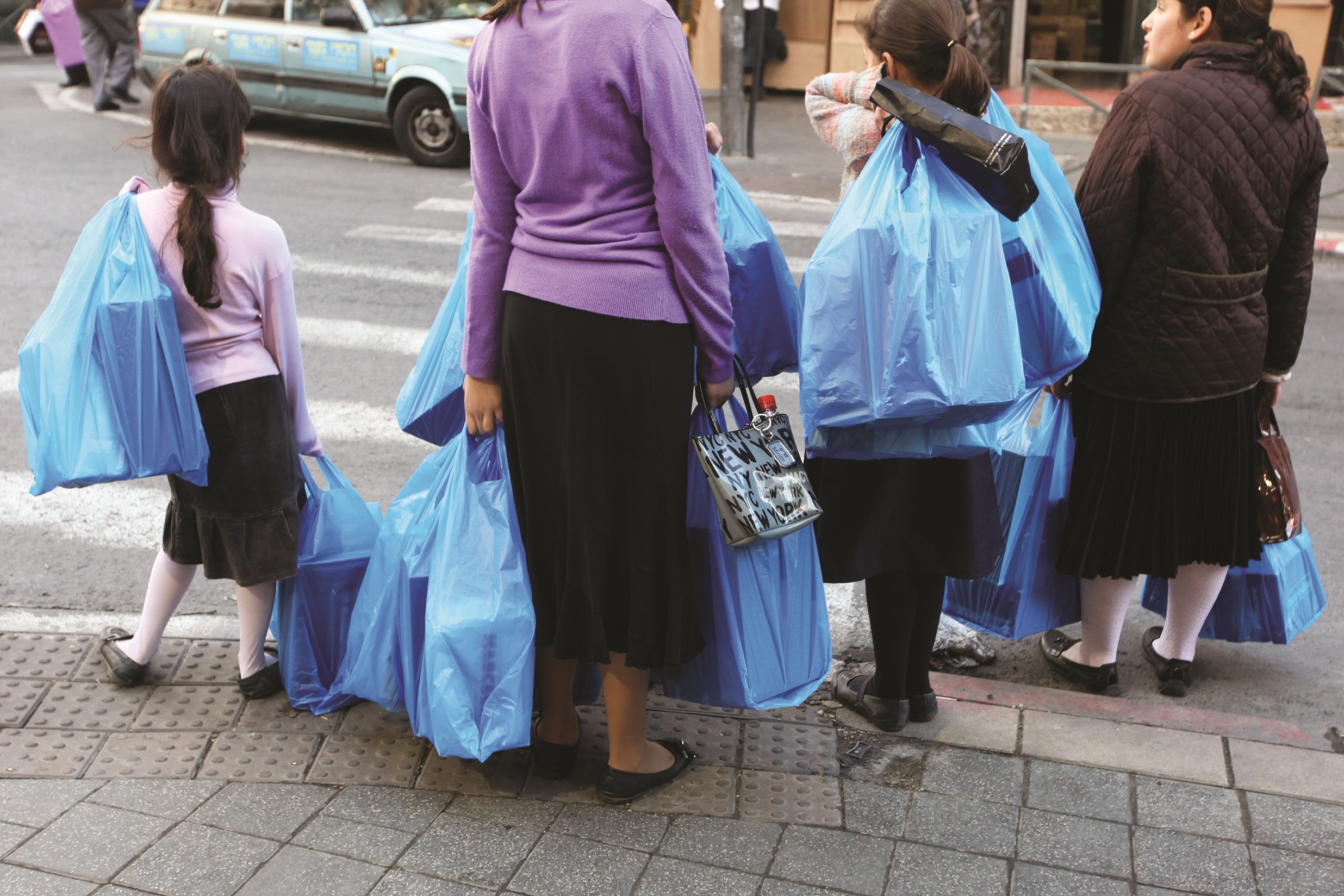 Ultra Orthodox Jewish girls hold bags with new shoes for the Jewish holiday of Passover, as they cross the Meah Shearim street in Jerusalem, March 18, 2010. Photo by Kobi Gideon / FLASH90

As part of his plan to cut the high cost of living in Israel, Finance Minister Moshe Kahlon has reduced import taxes on shoes, baby clothes and accessories. That’s a big deal, considering the average Israeli family buys about 10 pairs of shoes per year.

The tax rate on most other imports in these categories stands at 12 percent. The government stands to lose 188 million shekels (about $55 million USD) as a result of the change. But Kahlon isn’t concerned. In fact, he wants to abolish additional tariffs with the aim of lowering consumer prices across the board in Israel.

Of course, it remains to be seen if the retail sector will pass on the benefits to customers.

Better to Give Than to Celebrate

Israel’s Independence Day is typically marked with joyous celebration, both at home and at Israel’s embassies abroad. This year, however, the Israel Embassy in Nigeria took a break from Independence Day. And it was not because of a boycott or a ban, but rather an act of charity. Ambassador Guy Feldman took the budget reserved for Independence Day celebrations and instead used it to establish a new football league for local children. And not just any children, but a group of youngsters who were only recently liberated from the clutches of the Muslim terrorist group Boko Haram.

Feldman used the money to buy uniforms and balls for 225 Nigerian children. “We want to provide these kids with hope for the future,” he told Israel’s Ynet news portal.

The new league is called “Israel Cares – Kid’s Football League,” and caters to children currently living in a refugee camp on the border with Cameroon.

At home, Feldman’s extraordinary decision has been met with nothing but approval and praise.

Cable Car to the Wall

Just in time for the 50th anniversary of Jerusalem’s liberation, Israel’s government has approved an ambitious cable car project for the Old City. The plan is for the cable car to thin out the chaotic and overwhelming foot traffic in the Old City’s narrow alleyways leading to the Western Wall. Today, getting to Judaism’s holiest site can be an exercise in frustration. The newly envisioned cable car will put an end to that, as well as provide passengers with stunning aerial views of the Old City. The plan is especially welcome news for those bound to a wheelchair.

As with most things in Jerusalem, the politics remain a bit delicate. The cable car’s planned route takes it through Arab neighborhoods and part of a settler enclave. The French company initially tapped to build the cable car later pulled out of the project due to political pressure. Others are concerned that the large poles holding up the cable car will mar the Old City vistas. Despite these challenges, and the $55 million price tag, the cable car is scheduled to begin operation in 2021. 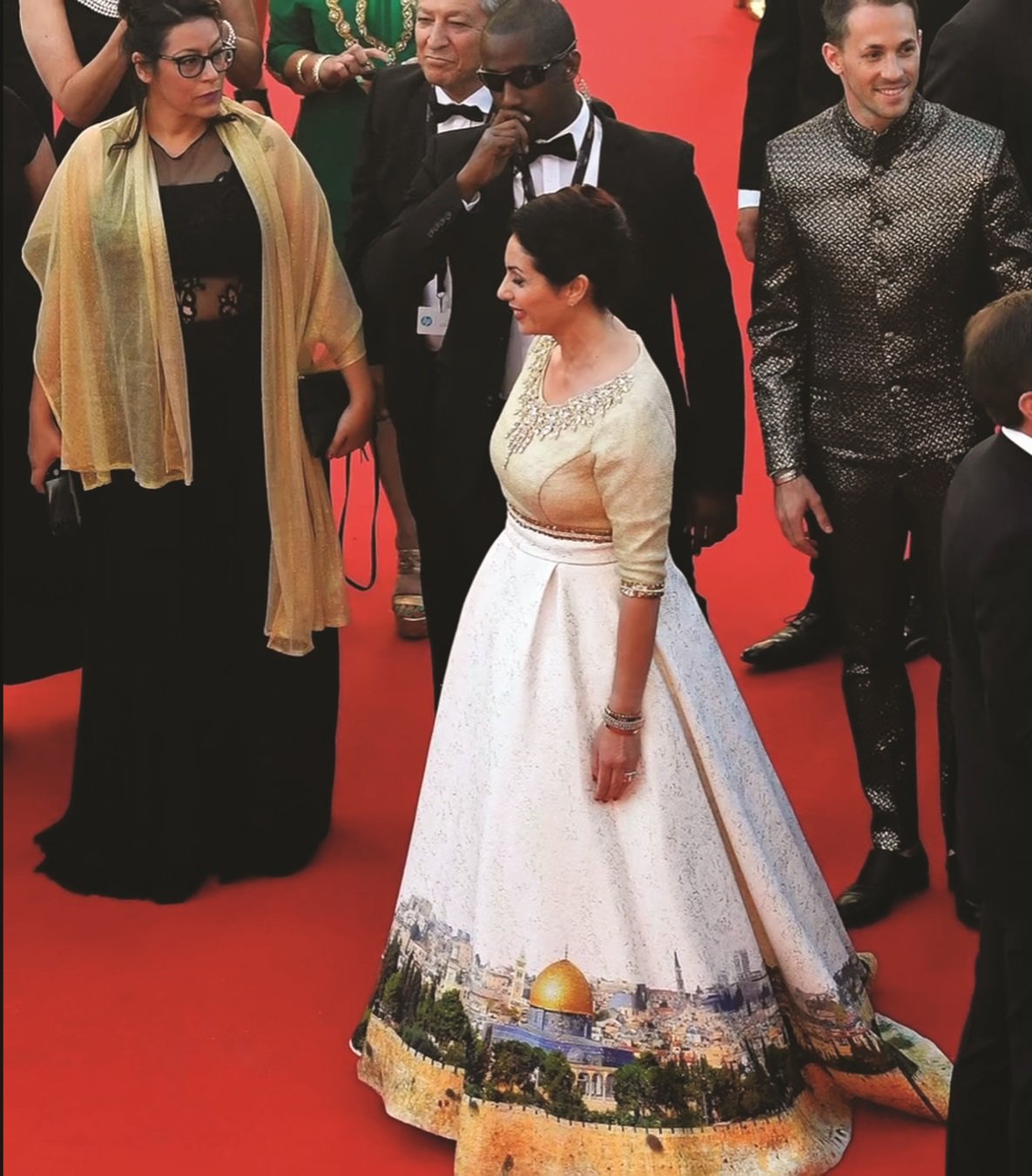 Israel Minister of Culture Miri Regev (Likud) stole the spotlight at the Cannes Film Festival by showing up in a dress featuring a panoramic representation of the city of Jerusalem.

Included along the sleeves and floor-length dress were the golden dome and the Western Wall, signifying Israel’s sovereignty there.

Regev said she chose the dress to commemorate the 50th anniversary of Jerusalem’s reunification under Israel. Patriotic Jews worldwide applauded her decision, while not a few critics both at home and abroad blasted Regev for what they saw as an inappropriate stunt.