Earlier this week, we became aware of an op-ed article in which the author sought to clear the air over a 2010 scandal that he feared was still creating tension between Israel Prime Minister Benjamin Netanyahu and US President Joe Biden.

To briefly recap, Biden, who was then serving as vice president under Barack Obama, was visiting with Israeli leaders in Jerusalem when suddenly the municipal planning committee announced a new housing project on the eastern side of the city, in the areas claimed by the Palestinians.

Up until the Trump presidency, the US, like the rest of the international community, did not recognize Israeli sovereignty on the eastern side of Jerusalem, and the timing of the announcement was seen as a direct jab at the Obama Administration.

Obama himself later wrote in his book A Promised Land that at the time he had accepted the Israeli excuse (Obama used the word “fiction”) that the timing of the announcement was due to a misunderstanding, and had no political or diplomatic motivations. 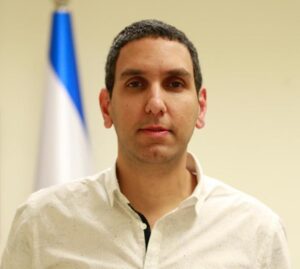 But in the aforementioned op-ed, Nir Messiqa, who at the time was working on the Jerusalem Planning Committee, insisted that it was indeed a misunderstanding, or rather the result of poor local planning of which Netanyahu had no knowledge.

A colleague at Israel Today, Esti Eliraz, is a personal friend of Messiqa, and called him up to dig a little deeper into his concerns.

Messiqa first of all emphasized that Obama had indeed gotten it wrong in his book. “Neither the prime minister nor the government were involved in this matter,” he told us. In other words, the announced building project had nothing to do with Biden’s visit. “It was all a misunderstanding,” Messiqa stressed.

Misunderstanding or not, could this be part of the reason that three weeks into his presidency Biden still hasn’t called Netanyahu?

“I really hope that one has nothing to do with the other,” said Messiqa. “But given the fact that we’re all human, including the president of the United States, it’s possible that this episode has some kind of influence.”

According to White House officials, Biden hasn’t called Netanyahu because he’s simply been too busy. As they explain it, there are 196 nations in the world, and Biden’s only had time so far to call about a dozen of them.

While on the surface of it that sounds reasonable, many Israelis aren’t convinced given that the last two presidents called Israel much earlier in their presidencies. We all know that Trump’s first foreign call was to Netanyahu because Netanyahu likes to keep telling us about it. Some might not remember that on his very first day in office, Obama also rang Israel to speak with then-Prime Minister Ehud Olmert. He also called the leaders of Egypt, Jordan and the Palestinian Authority.

Even if there’s no pressing diplomatic reason to do so, Israel’s former ambassador to the UN, Danny Danon, is urging Biden to connect with Netanyahu, the leader of one of America’s staunchest and most dedicated allies.

@POTUS Joe Biden, you have called world leaders from#Canada#Mexico#UK#India#France#Germany#Japan#Australia#SouthKorea#Russia
Might it now be time to call the leader of #Israel, the closest ally of the #US?
The PM’s number is: 972-2-6705555 pic.twitter.com/OYgPvVga6F

Nir Messiqa is the former deputy general director of the Israeli National Housing Cabinet and served at the beginning of the previous decade as an advisor to the Local Planning Committee’s chairman in Jerusalem.