Several times over the past year Israel tried to reopen to tourism, only to suffer a false start. A few groups would make it into the country before the skies were again closed following the entry of a new coronavirus variant or the start of a new wave of infections.

On Sunday, the cabinet decided to extend by 10 days a ban on all non-citizens entering Israel, and to expand the list of “red countries” to which Israelis cannot travel. The government also stated that the red list would be evaluated and updated daily, meaning any Israeli who decides to fly will be taking a serious risk. Should their destination country suddenly appear on the red list, then upon return those Israelis will be required to enter full quarantine.

Transportation Minister Merav Michaeli told her cabinet colleagues that she believed it was “legitimate to sacrifice the tourism industry,” but insisted on compensation for those out of work.

Finance Minister Avigdor Liberman responded by suggesting that compensation wasn’t the right approach, since there was no guarantee tourism would recover any time soon.

“Tourism has dropped from four million visitors per year to just 200,000. Even the most optimistic forecasts only put us at less than a million tourists in 2025. We can’t be like the previous government and just pass out money to whoever raises their hand,” stressed Liberman. “Someone needs to say it: tour agents and guides should start changing profession.” 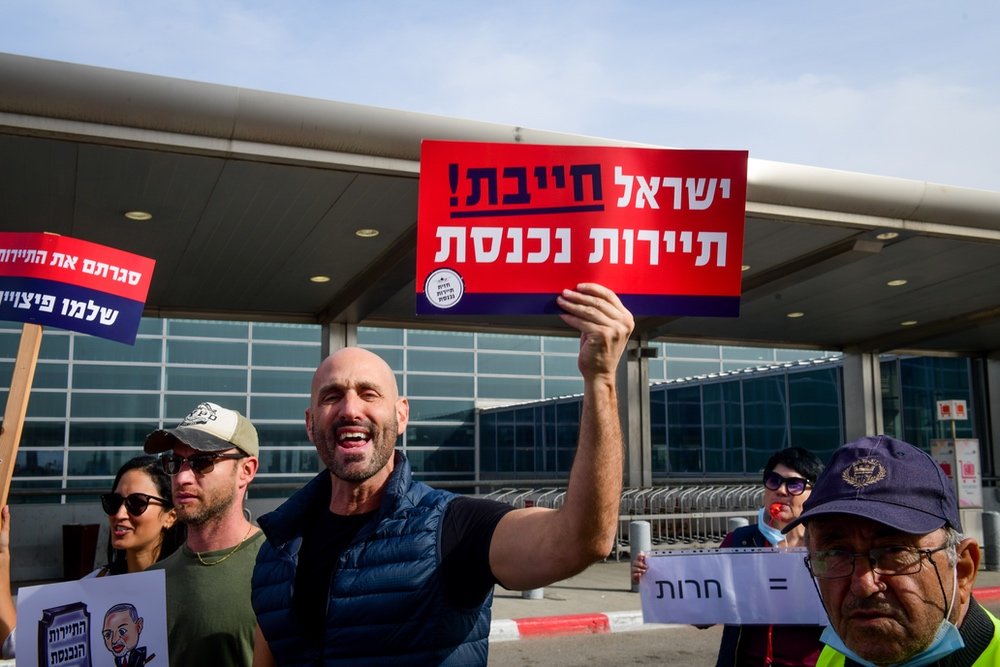 Tourism industry workers were incensed, and laid the blame for the situation not on Corona or unvaccinated Israelis, but rather on the government itself.

Tour guide Yoav Rotem told Channel 12 News that “as experts in the tourism industry, we know that the demand will return. Those who are now putting me out of work [ie. the government], this is on them.”

“The mask has fallen. This government is out of touch and heartless, and isn’t noticing that tens of thousands of citizens have been left without any income. A government that doesn’t understand that it caused this. The ones who should ‘change profession’ are the failing transportation minister, whose failure citizens feel every day as they sit in traffic, and the finance minister who leaves Israelis to their bitter fates. We are law-abiding citizens who love the country and serve as its ambassadors. As the entire economy opens up, we’re being left behind.”

A representative of the group, Oded Marcus, added in remarks to Israel Hayom:

“The incoming tourism industry employs over 200,000 people. The tourism and finance ministers closed down our jobs on July 1, 2021, and aren’t compensating us fairly! We’ll fight to survive. It’s incredible – Liberman and Bennett want to shut down a sector that contributes so much to Israel. The only one who should change professions is Liberman.”