Israel Air Force (IAF) helicopter gunships attacked Syrian army outposts on the Golan Heights on Friday night, even as Israeli reinforcements were being deployed along the border with Lebanon.

The strike on the Syrian army positions left two Syrian soldiers and two terrorist militiamen wounded, according to the Syrian Observatory for Human Rights (SOHR). It came in response to Syrian army gunfire into the Israeli Golan Heights earlier in the day. That gunfire damaged a car and a building in the Israeli Druze town of Majdal Shams.

Following the retaliatory action, the Israeli army (IDF) issued a statement reading: “We hold the Syrian regime responsible and will respond to any violation of Israeli sovereignty.” 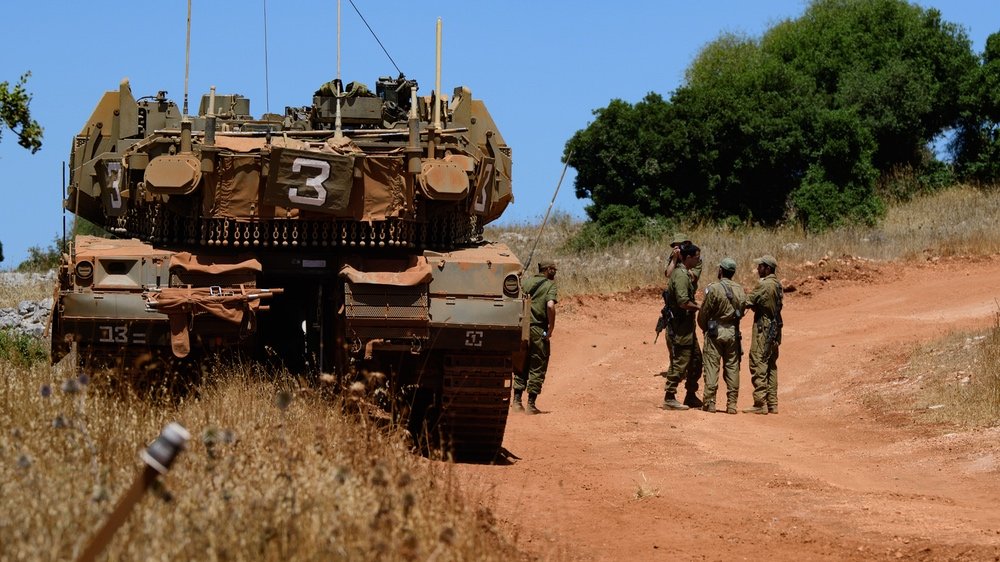 Israeli armor repositions on the Lebanon border amid a high state of alert.

Meanwhile, Israel over the weekend sent reinforcements and reconfigured military deployments along its northern border.

IDF officials believe that Lebanon’s Hezbollah terrorist militia will soon launch an assault on northern Israel after one of its militants was killed last week in an IAF strike on Iranian targets in Syria.

“In light of the assessment of the situation in the IDF and in accordance with the defense plan of the Northern Command, the IDF’s deployment in the military and civilian space will change in order to strengthen the defense on the northern border,” the army said on Saturday night.

Roads along the border have been closed to allow the IDF to maneuver more easily.

Army officials do not expect the Hezbollah response to be too severe. The terror group cannot afford a major clash with Israel having lost so many of its fighters in Syria. Still, Hezbollah has a large missile arsenal pointed at the Jewish state, and any major bombardment or the abduction of Israelis on the border would necessitate a significant IDF retaliation.

There is also the possibility that with Lebanon on the verge of collapse, Hezbollah might see war with Israel as a means of solidifying its position in the country amid growing civil unrest.