The following is a press release from the Israel Security Agency (also known as the Shin Bet) revealing previously classified information.

In recent months, the Israel Security Agency (ISA), in conjunction with the IDF, has uncovered and thwarted activity by a terrorist organization under the guise of a civilian organization working for the welfare of the Palestinian public named “Al-Shabaab Alkoumi Al-Araby”.

The activity was uncovered pursuant to the ISA investigation of Yazen Abu Salah, 23, a Popular Front militant. Resident of Arraba.

Abu Salah was detained for questioning in April 2020 after information had been received about his involvement in planning terrorist attacks in Judea and Samaria, specifically his purchase of binoculars and recruiting of militants who led two cells, one in Samaria and the second in Ramallah.

Abu Salah divulged that he had planned for the cells to carry out terrorist attacks including an attack on the community of Harish and the abduction of a soldier in order to bargain for the release of prisoners in Israeli jails.

It was learned that Abu Salah had been inspired to plan and execute the aforesaid attacks by the 23 August 2019 Popular Front terrorist attack in which Rina Shnerb was murdered. 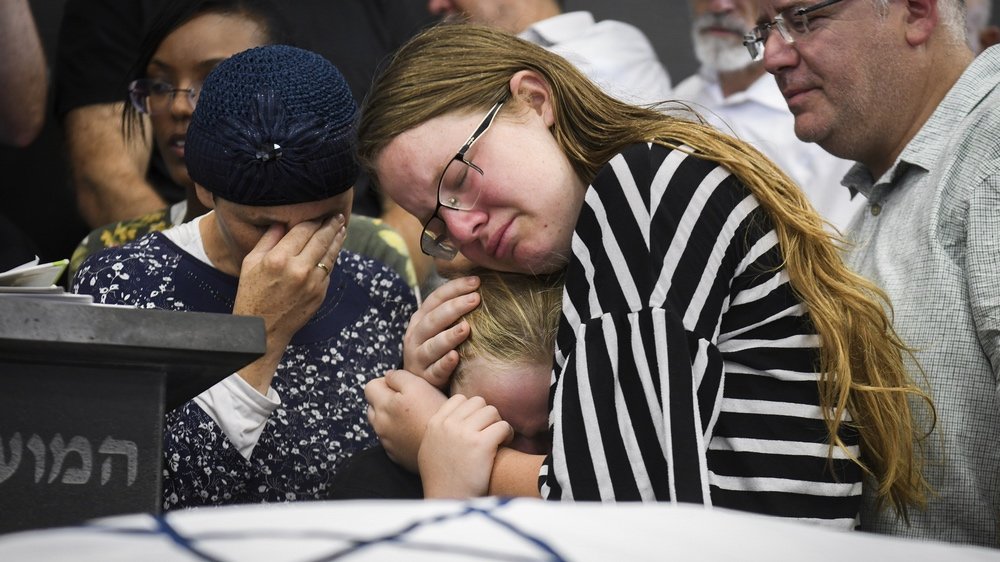 Family and friends mourn the death of Rina Shnerb (17) who was killed when Palestinian terrorists detonated a bomb on a popular hiking trail.

Information was obtained during the investigation about the degree of Iran’s and Hezbollah’s deep involvement in promoting terrorism against Israel.

It was also learned during Abu Salah’s investigation that he was scheduled to attend military training in Lebanon including – inter alia – shooting, the manufacture of explosives and the operation of UAVs.

The organization is led by Assad al-Amili, who is active in Lebanon and serves as the organization’s liaison with Iran and Hezbollah. In effect, he works in complete concert with Iranian elements in Syria.

The investigation of the affair underscores the deep links between Iran and Hezbollah and the Popular Front terrorist organization in order to promote terrorism against Israel.

The ISA will continue to take timely action to thwart all terrorist actions against Israeli citizens.