This past weekend Israel conveyed its condolences to the United Kingdom, to Queen Elizabeth II, and to the entire British royal family following the death of Prince Philip, Duke of Edinburgh, at the age of 99.

Both President Reuven Rivlin and Prime Minister Benjamin Netanyahu sent their “deepest condolences and heartfelt sympathy” to Queen Elizabeth II, Prince Charles, and the people of the United Kingdom on the passing of the iconic royal consort.

“Prince Philip was the consummate public servant and will be much missed in Israel and across the world,” said Netanyahu.

Ministry of Foreign Affairs spokesman Lior Haiat issued a statement on behalf of the people of Israel in which Prince Philip was eulogized as “a great Briton, who dedicated his life to representing the UK and was a true public servant. He will be sorely missed.”

The eulogy made note of Prince Philip’s mother, Princess Alice, who during the course of World War II sheltered a Jewish family in Nazi-occupied Athens. She was later recognized by Yad Vashem as a “Righteous Among the Nations” and was buried on the Mount of Olives in Jerusalem. 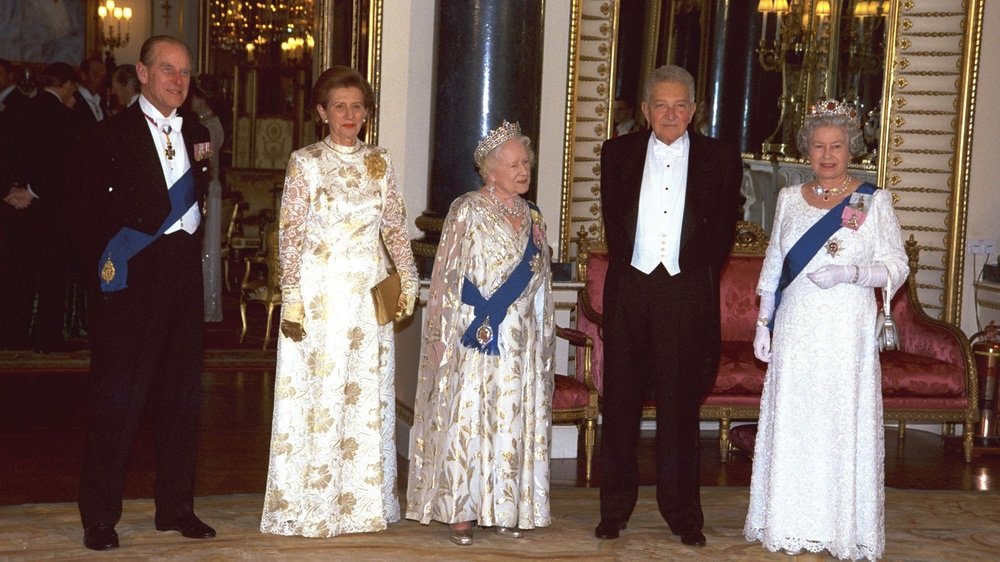 Prince Philip and the Queen host then-Israel President Ezer Weizman and his wife, Reuma, at Buckingham Palace in 1997.

In 1994, Prince Philip broke what was seen as an unofficial boycott of the Jewish state by the British monarchy to personally accepted the honor bestowed on his mother by Yad Vashem.

“The Holocaust was the most horrific event in all Jewish history, and it will remain in the memory of all future generations,” said the prince at the time. “It is, therefore, a very generous gesture that also remembered here are the many millions of non-Jews, like my mother, who shared in your pain and anguish and did what they could in small ways to alleviate the horror.”

In Yad Vashem’s visitors’ book, Prince Philip wrote: “God brings everything we do to judgment.”

He went on to visit his mother’s gravesite and meet with members of the Jewish family she had saved.

Later, Prince Philip participated in a ceremony at a Commonwealth War Cemetery, where he chatted warmly with Jewish World War II veterans who had fought for the British armed forces.