When Gideon Sa’ar, long a rising Likud star, announced on Tuesday that he was forming his own party ahead of the next election, he gave but one reason for doing so: unseating Prime Minister Benjamin Netanyahu.

That was also the raison d’être behind the formation of the “Blue and White” faction a year earlier.

Sa’ar told Israelis that the Likud he once loved was no more, and that the party had become little more than a “tool for the personal interests of the person in charge, including matters relating to his criminal trial.” Netanyahu, he charged, had transformed Likud into a “cult of personality.”

Sa’ar is not alone on the Right in thinking this way. Recent polls show that in the next election, the right-wing Yamina party would grow its Knesset representation considerably at the expense of Netanyahu’s Likud. Now, with Sa’ar’s “New Hope” party entering the field, it is expected to win as many as 18 seats, taking mandates from Likud, Yamina and the center-left “Blue and White.”

This frustrates Yamina party chief Naftali Bennett for several reasons. Of course, another strong right-wing party will hurt Bennett’s own chances of supplanting Bibi as prime minister. But more than that, it serves to increase the focus on Netanyahu, rather than dealing with real issues. 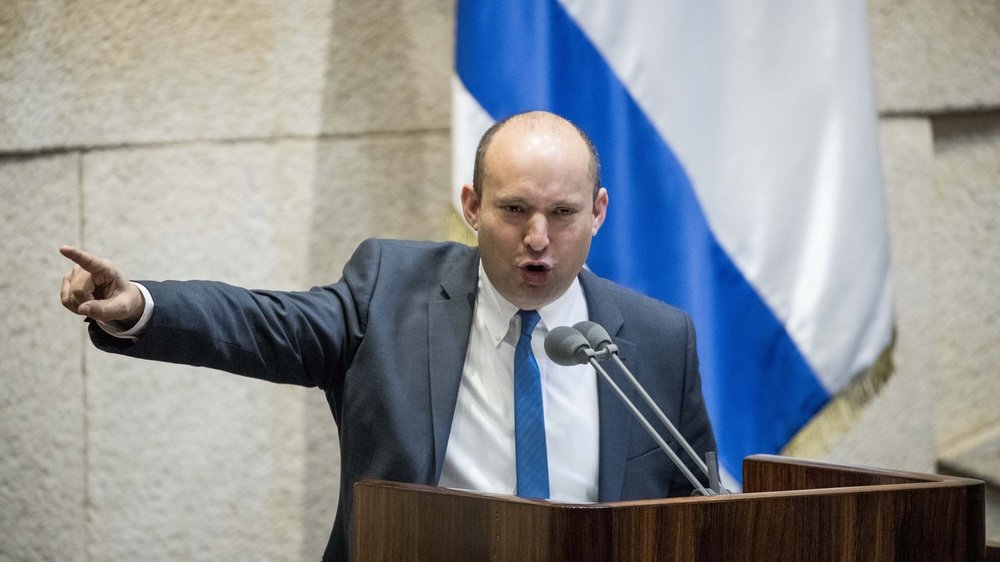 “Israel has got an obsession. The political system and the media have a crazy obsession,” Bennett railed in the Knesset shortly after Sa’ar’s announcement. “Yes Bibi, No Bibi. You don’t establish a new party for that.”

Indeed, Israel’s past few elections have been little more than referendums on Netanyahu’s suitability to continue leading the nation. And while Bennett has put himself forward as a viable successor to Bibi, he’s also placed a lot of emphasis on presenting alternative policies to Israel’s most pressing issues, in particular handling the coronavirus crisis.

It is Bennett’s focus on offering alternative policy, rather than just criticizing his political opponents, that has made him popular with Israeli voters. And while Sa’ar similarly enjoys broad popularity on the center-right, bashing Netanyahu is unlikely to be enough to overcome Israel’s longest-serving prime minister, as Benny Gantz and his “Blue and White” learned the hard way.