(JNS) The Israel Victory Caucus, an Israeli parliamentary group that seeks to change the public discourse on the Arab-Israeli conflict, hosted a Knesset conference on Monday in coordination with the US-based Middle East Forum. Its title: “One year since ‘Operation Guardian of the Walls’—What have we achieved?” Their assessment was bleak.

Arguing that only through clear-cut victory could Israel end the conflict, they described a deteriorating security situation in which Israel, not only in last year’s operation, but for the last 30 years, has abandoned its determination to achieve a decisive victory and replaced it with the goals of short-term gains and brief periods of calm.

During last May’s “Operation Guardian of the Walls,” the conflict between Israel and Hamas in which the terror group launched almost 4,400 rockets at Israeli civilian centers, public broadcaster Kan News asked IDF Head of Operations Maj.-Gen. Aharon Haliva what Israel would consider a desirable outcome. He replied: “A minimal quiet period of five years after the operation would be considered a success.” 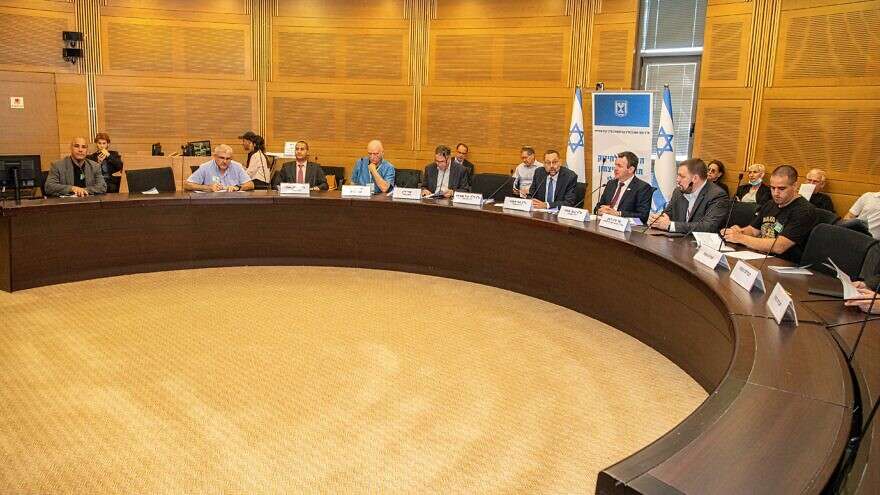 The Knesset Israel Victory Caucus offered a bleak assessment of Israel’s present lack of will to defeat its enemies. Credit: Courtesy

“From 1948 to 1989, Israel adopted the Western way of war, which meant the destruction of their enemies. It then abandoned it for a concept in which Israel aspires only to the ‘appearance of victory,’” Likud Knesset member Yuval Steinitz told the conference.

Steinitz, who most recently served as Israel’s energy minister, and has previously held the strategic affairs and intelligence portfolios, referred to the book Carnage and Culture by military historian Victor Davis Hanson. In it, the author argues that Western superiority can be traced to a uniquely lethal way of war that originated in ancient Greece, in which armies sought to annihilate their enemies.

Steinitz said the Western approach to war is the reason Western civilization has beaten non-Western countries for the last 2,500 years. Israel followed this approach in all its wars through the 1982 Lebanon War, he said. In those contests, Israel strove for “decisive victory, the encirclement of their enemies on the field of battle.” 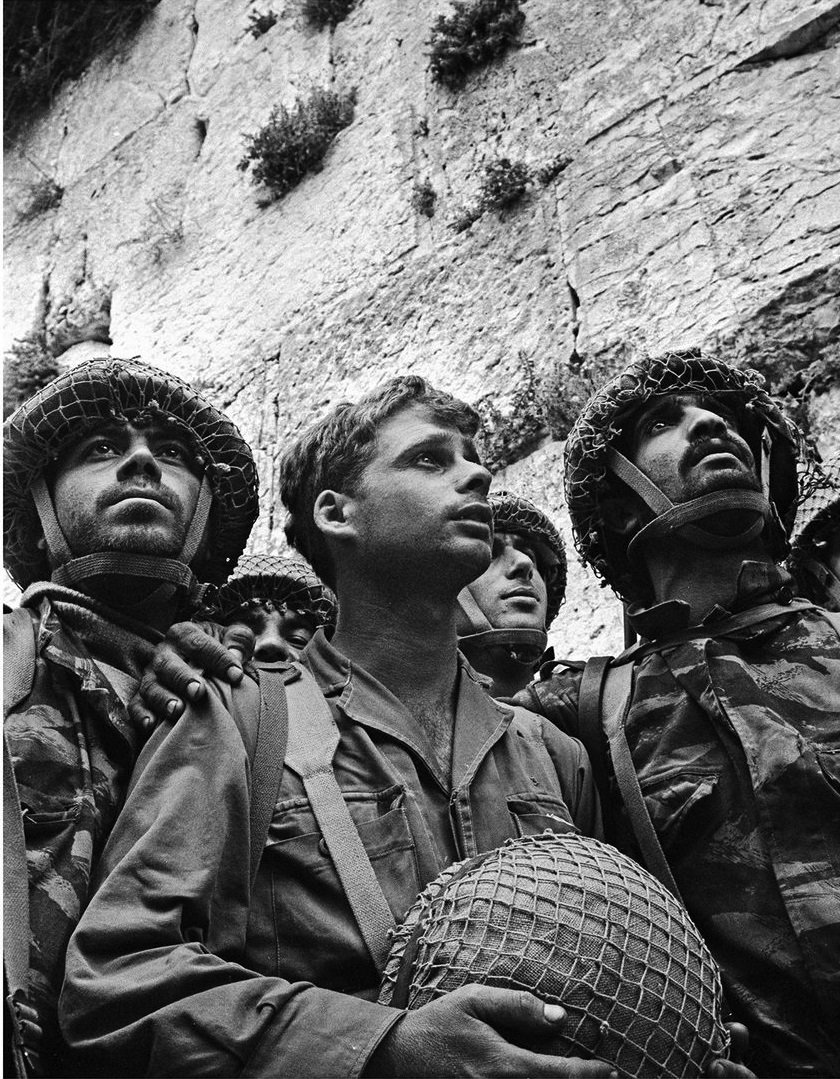 What if Israeli forces had stopped short of conquering Jerusalem in the Six Day War? Photo: David Rubinger

Deputy Knesset Speaker Zvi Hauser of the New Hope Party agreed that Israel can no longer be satisfied with the “appearance of victory in the eyes of its enemies. … In the Middle East, in this difficult neighborhood, we need actual victory in order to ensure our survival here.”

To illustrate where Israel’s current strategic approach has led, Hauser summarized the various Israeli operations in the Gaza Strip. At the end of each, Israel would declare that its operational goals had been met. Toward the end of “Guardian of the Walls,” too, success was declared, with Prime Minister Benjamin Netanyahu telling Israel’s public on May 18 that the goals of the operation had been achieved—“to inflict a severe blow on terrorist organizations, to undermine their capabilities and to restore calm while establishing deterrence. This is exactly what we did.”

However, looking at the situation over the course of more than a decade, a different picture emerges, Hauser noted, pointing out how the capabilities of Hamas have increased with the years. In 2009, during “Operation Cast Lead,” Israel’s first campaign against Hamas since the terror group took over the Gaza Strip, some 600 rockets and 200 mortar shells landed in Israeli territory. The farthest limits of those rockets were the southern Israeli cities of Ashdod and Beersheba.

During Israel’s “Operation Pillar of Defense” in 2012, Hamas launched 1,500 rockets into Israel in seven days. Rockets reached Tel Aviv and Jerusalem for the first time.

That Israel hasn’t succeeded in defeating a far weaker foe proves that settling for the appearance of victory doesn’t stand the test of time, Hauser said. 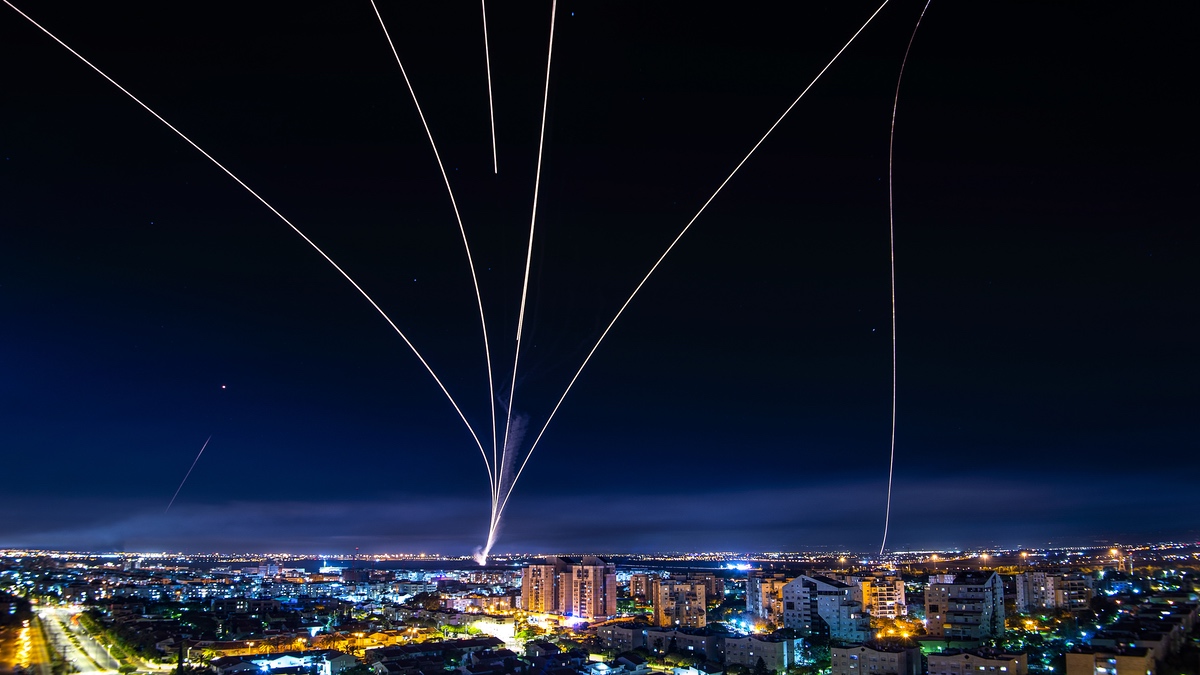 Ostensibly, Israel has won each of the recent Gaza wars. But the fact that the Iron Dome has become so necessary only shows that our enemy, Hamas, has managed to grow stronger. Photo: Avi Roccah/Flash90

“Wars end not when one side declares victory, but when one side acknowledges defeat,” said Gregg Roman, director of the Middle East Forum, quoting historian Daniel Pipes, the group’s founder and president. Roman runs the Israel Victory Project. Started in 2017 by the Middle East Forum, the project’s mission is to steer “US and Israeli policy toward backing an Israel victory over the Palestinians.”

He told JNS: “Until the other side recognizes that their ideology and their strategies aren’t going anywhere until they give up, there won’t be any solution to the conflict. So that’s the message we hope to bring. … We’re recommending a paradigmatic shift in the way Israelis, and more specifically the Israeli government, lawmakers like those here in the Knesset today, and the Israeli army, address the conflict.”

Roman said the Israel Victory Project runs programs to reach every section of Israeli society, from youth to retirees. “We don’t go in there with this or that policy but with the message that the objective should be to win. They basically forgot how to win.” 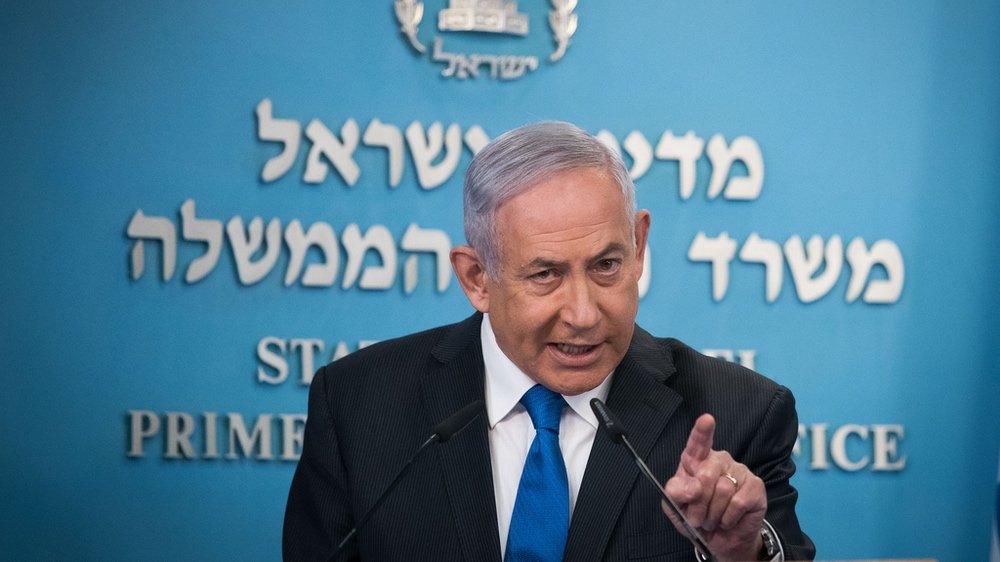 Netanyahu repeatedly declared victory in Gaza, but what he failed to do was compel his enemies to concede defeat. Photo: Yonatan Sindel/Flash90

Uzi Dayan, a former deputy chief of staff and former head of Israel’s National Security Council, suggested that one hopeful sign is that “there has ripened in the Israeli public the idea that things can’t continue this way. There’s great potential in this if we can build on it.”

IDF Gen. (ret.) Yitzhak Brick gave a damning indictment of the IDF’s actions during “Operation Guardian of the Walls.” Noting the IDF’s failed plan to drive Hamas terrorists into their tunnels and then to bomb them, he said the IDF should have sent its ground forces 100 meters into the Gaza Strip, a feint which had been part of the original plan, to convince the terrorists to take to the tunnels. “They [the IDF] didn’t do that. Why didn’t they do that? If we had behaved like this in earlier wars we would not be living here,” Brick said.

“Today, the multiple branches, air, land and sea, have lost their force. We’ve turned into a one-dimensional army in which the air force provides all the answers,” he said, noting that during last year’s operation, Israel’s aerial bombardment couldn’t stop Hamas’ rocket fire. 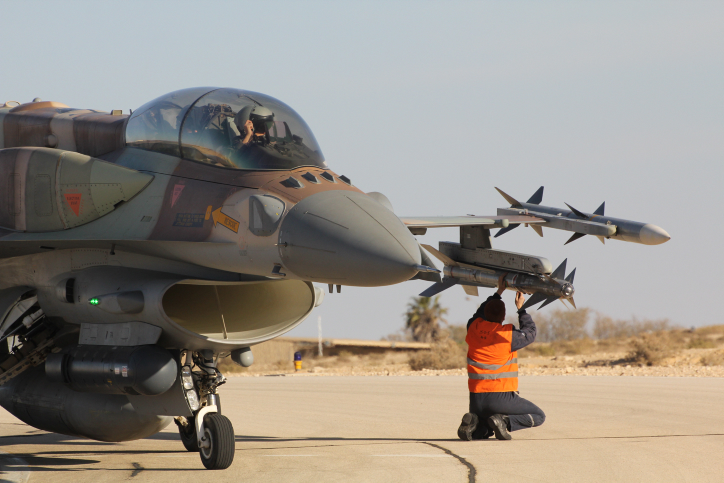 If victory is the goal, then Israel can’t rely on its vaunted Air Force alone. Photo: Ofer Zidon/Flash90

Brick told JNS following the conference that there are deep, systemic problems within the IDF, including a lack of truthfulness.

“The senior leadership is aware of it but hasn’t dealt with it. There are many reasons for this. One is when you’re dealing with problems that are so deep, when you try to address them, you’re asked, ‘Why are you only dealing with it now?’ So the leadership, rather than be blamed for having put off the problem, prefer to say everything’s OK.”

At the end of the conference, Steinitz addressed the internal problems that developed during “Operation Guardian of the Walls,” where Arab Israelis rioted in several cities and attacked Jews. During times of crisis, there can’t be a situation where a pogrom-like atmosphere is permitted, he said.

“Anything that doesn’t rise to the level of killing Jews, whether stealing from homes or smashing Jewish storefronts, Israel currently has no tools to deal with it,” Steinitz told JNS.