As tens of thousands of demonstrators are protesting around the country, in front of Prime Minister Benjamin Netanyahu’s residence in Jerusalem, at his home in Caesarea and at some 250 intersections across the nation, Israel finds itself at a critical junction.

The nation is angry, and as protests gain momentum, and the situation continues to spiral, the nation is being pushed to the brink. There are now 2,000 new cases of the coronavirus every day, and what little trust there was left in the government has soured and turned to outrage. (See: “Israel’s Revolutionary Gene”) 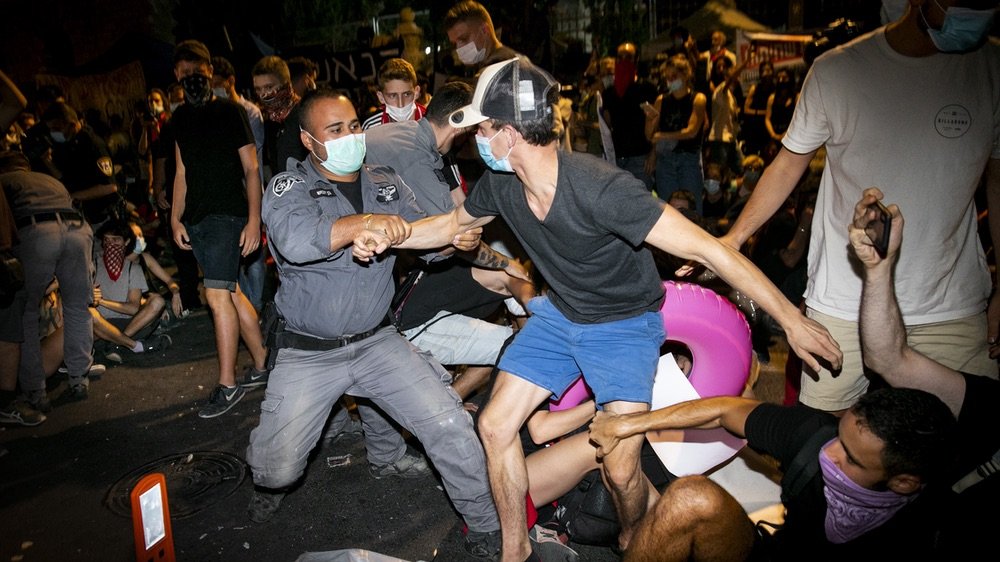 The anti-government demonstrations have increasingly become riots, leading to dozens of arrests.

What are people so mad about?

Here are some of the main issues bringing the people of Israel to the streets.

Because there is no unified plan to protect the nation from the coronavirus and deal with the financial fallout, the administration has changed the regulations almost weekly, leaving people confused and hopeless. Many small businesses have been out of work for months, and the government still refuses to provide even one shekel of unemployment benefits for the self-employed. Businesses that do try to open are left frustrated when they are told to close yet again as the government changes the rules. Many have given up, shuttered their businesses and taken to the streets. 25% of all Israelis are now unemployed.

Many protestors blame Netanyahu, who has appointed some of his political “friends” with no knowledge of the public health issues, instead of putting professional health experts into positions where they could effectively deal with the virus. And still, the government has yet to provide any financial assistance, though a decision in principle has been made to give every citizen 750 NIS, the equivalent of $220 US. More and more people are literally waiting in breadlines for food. Desperation is leading these people to angry protests as their only recourse. (See: “This Times It’s Different”)

Literally adding insult to “injury,” nurses went on strike this week after finding themselves unable to cope with the overcrowded hospitals and lack of personnel. Some hospitals are now teetering on the edge of a critical breakdown of services. 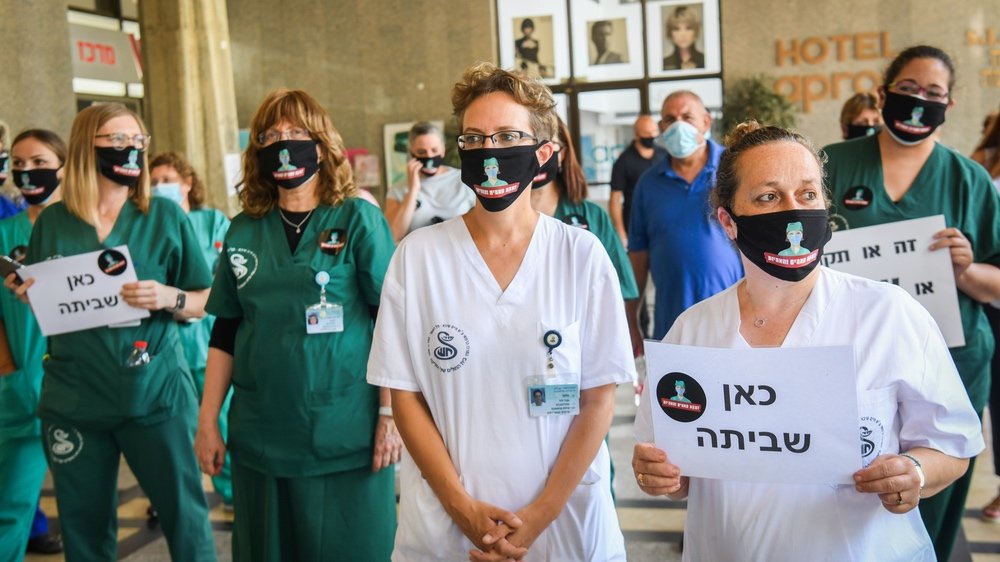 Nurses and doctors have been on the frontline of the coronavirus crisis since the beginning, but have suffered from hospital mismanagement and a lack of government assistance.

Prime Minister Netanyahu’s trial begins in January 2021, when he will try to defend himself against charges of fraud and breach of public trust. People are protesting that Netanyahu is preoccupied with the trial and not fully focused on leading the country. Whether or not Netanyahu is innocent or guilty, the prospect of finding himself in jail is certainly taking its toll. The prime minister has to work hard on a public relations campaign to protect his political capital. (See: “Impossible to Conduct Netanyahu Trial in Masks!”)

In the midst of all this, Israel’s Knesset Members are in an all-out war with each other and there is talk of another election!? The ball is in the hands of Netanyahu, who must approve the state budget by August 25. Without a budget, the Knesset will dissolve automatically, and Israel will find itself in its fourth election in just over a year! This would also prevent Benny Gantz from the Blue and White party from serving as prime minister, as was agreed in his coalition deal with Netanyahu. (See: “POLL: Netanyahu Wouldn’t Win Next Election. No One Would”)

Perhaps sensing these internal stirrings in Israel, Hezbollah is threatening a major retaliation against Israel for taking down a squad of their Iranian-backed militants in Syria. The IDF is now on high alert in the Golan Heights and along the northern borders with Lebanon and Syria. (See: “Israel Attacks Syrian Army, Prepares for Assault From Lebanon”)

In the meantime, synagogues and Messianic congregations in Israel are only allowed a minyan of 10 people, which probably means fewer people are praying during this critical time. Now is the time for our Israel Today readers to hold up the Jewish nation in your prayers. Perhaps our community of readers could help support the Jewish nation with your prayers, and leave a prayer or Bible verse in the comments as well?