Though the Nagorno-Karabakh War which erupted again in July didn’t make headlines, it is still a destabilizing factor in the world acting as a strategic link between the Middle East, China, Russia, and Europe. This explains why Russia, China, Iran, Turkey, and the United States are all involved in this conflict in one way or another. And given that Israel is a strategic ally of Azerbaijan, supplying it with advanced military equipment, it too is indirectly involved in this war. 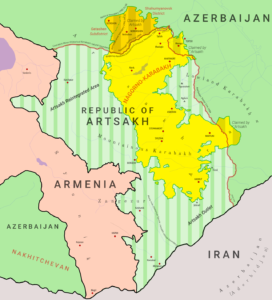 In addition, Israel has an interest protecting the 13,000 Jews still living in this country. The 2,500-years old Jewish community of this region, known as the Mountain Jews or Juhuro, are fierce Azerbaijanian patriots. Albert Agarunov, for one, became a national hero after being killed in 1992 during the first 1991-1994 round of the Nagorno-Karabakh War. Unconfirmed reports are saying that only a few days ago, an Azeri Jewish officer named Baruch Abdulayub Juhuri was killed in one of the battles over Nagorno-Karabakh.

Following the collapse of the Soviet Union, Nagorno-Karabakh with its majority Armenian population became part of Azerbaijan. In 1991 the region of Artsakh, that includes Nagorno-Karabakh, declared independence, but lacking international approval, this ethnic Armenian territory remained part of Azerbaijan. The renewed war over the control of this region has claimed thousands of lives with both sides accusing one another of atrocities and war crimes.

Still, why would Israel be on the Shiite Azerbaijan side, along with Turkey? And indeed, why not? Should the fact that Armenia is Christian be enough to merit Israel’s support? Or would the Armenian Genocide, though wrongly compared to the Holocaust, require Israel to support Armenia from a moral standpoint? Oh, that life would be that simple.

Apart from sympathy there is not a whole lot that Armenia can offer Israel. Azerbaijan, a nominal Shiite country, with its huge reservoirs gas and oil, was seen early on by Israel as a potential strategic ally, which is why it was one of the first countries to recognize Azerbaijan independence, that was followed by full diplomatic relationships in 1991.

In addition to its natural resources, nominal Shiite Azerbaijan fears that radical Shiite Iran will become the mutual enemy of both countries. With its long border with Iran, Azerbaijan is an asset for Israel’s undeclared war against the Persian regime. According to a 2012 Foreign Affairs report, Israel has an inoperative air base near Sitalchay, located some 70 km North-West of the capital Baku, which is 500 km from the Iranian border. Considering the advanced military equipment Israel sells to Azerbaijan, though denied by Azerbaijan, the Foreign Affairs’ report appears credible.

Though Israel, like Russia and China, tries to walk delicately between the two rivals, its strategic interests clearly tilt toward Azerbaijan, which is why Armenia has called back its ambassador from Israel. Still, at least for now, Armenia has said it will not cut its diplomatic relationship with Israel. That is an indication that so far Israel’s policy is still able to help Azerbaijan without completely rupturing its relationships with Armenia, an important ally for Israel who is worried about Turkey’s renewed imperial aspirations. 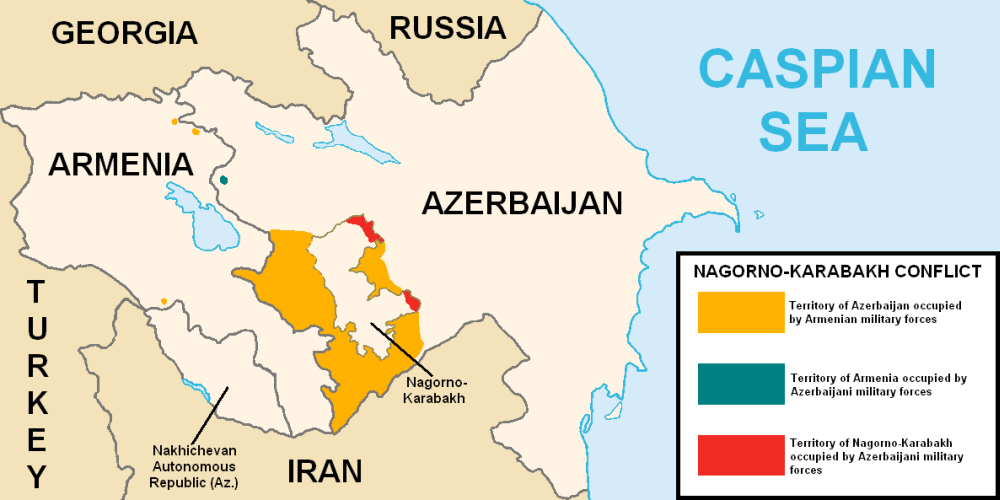