This was also a very important achievement for the State of Israel and for Israeli science: Following a campaign led by the Ministry of Foreign Affairs and the Israeli Embassy in Geneva, Professor Eliezer Rabinowitz of the Hebrew University of Jerusalem was elected as president the CERN Council, the European Organization for Nuclear Research and the world’s largest particle research center.

In recent months, the Foreign Ministry has led an intensive campaign through the Israeli delegation to the UN in Geneva and through the Israeli embassies in European capitals, for the election of Professor Rabinowitz, who is expected to fill the position of president of the council for the next three years. The council, which outlines the organization’s path, is where all significant decisions are made. 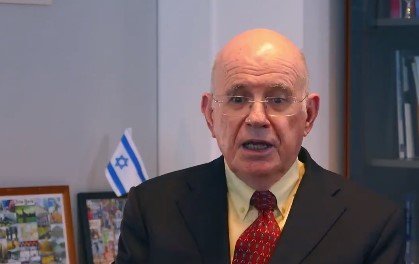 The organization includes 23 countries, of which Israel is the only non-European country. Israel joined the organization as a full member in December 2013, after many years in which it participated only as an observer.

Professor Rabinowitz was the Israeli representative to the organization for the past 10 years, until the end of 2020, a period in which he received tremendous professional and personal appreciation at CERN, due to his practical and managerial abilities. Professor Rabinowitz was also one of the leaders in the establishment of the SESAME project, which includes research collaboration between scientists in the Middle East. His involvement in all of CERN’s activities, and the dedication he has demonstrated over the years, are among the main reasons for Israel’s joining the organization as a full member, which has now also led to his election to this important position.

Professor Rabinowitz: “I feel greatly honored to lead the CERN Council in the years to come that will be significant for the organization and for the international scientific community. I look forward to working with all partner countries to strengthen CERN so that in the future, scientists can continue to bring about new discoveries that will help us to understand our world.”

Foreign Minister Yair Lapid: “The election of Professor Eliezer Rabinowitz is another victory. Again it has become clear that through precise and positive work, new achievements can be reached. I would like to thank all the Foreign Ministry employees who have led the campaign in recent months that has resulted in the winning of an Israeli scientist of a central and prestigious role in Europe.”

Minister of Science, Innovation and Technology Orit Prakash HaCohen: “I congratulate Professor Rabinowitz, an Israeli physicist and researcher on his election to the presidency of CERN, one of the largest centers in the world for scientific research. With my support and the support of the government, he competed against the best scientists in the world and his election emphasizes the international recognition of Israel’s status in the field of scientific research and innovation. I am sure you will continue to represent us with dignity.”