The name Martin Davidovich might not mean much to you. Most Israelis hadn’t ever heard of him either before last week, when the IDF held an emotional burial for the Czech-born soldier 73 years after he fell.

Davidovich is officially the first IDF paratrooper to fall in uniform. He died in 1948 during a training exercise in what was then Czechoslovakia.

Born in Częstochowa, Czechoslovakia in 1927, Davidovich was sent to the Auschwitz and later to the Mauthausen concentration camps by the Nazis. Much of his family would die in the Holocaust.

After World War II, he returned to Czechoslovakia and joined the Czech Brigade, a military outfit put together to help train the future soldiers of the State of Israel.

Young Jewish recruits from Czechoslovakia and elsewhere were trained by the Czech military with Israeli oversight before being sent to the newborn Jewish state to become the foundation of the first Jewish military in millennia.

But two months into his training, Davidovich was killed in a training accident as he simulated overtaking an enemy sentry post. He was 21-years-old at the time. 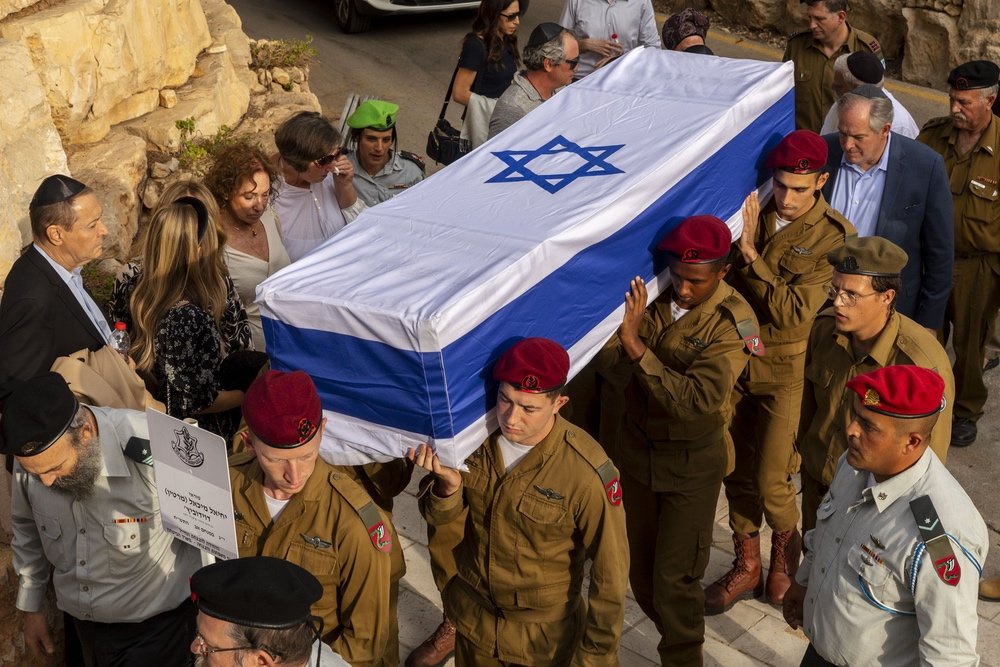 “Martin, your generation dreamed of the Land of Israel and fought for its rebirth, we live in a generation for which the dream has become a reality. We have established a prosperous and flourishing state, a state of Hebrew culture that rests on the foundation of generations, a state with an army that defends itself.

“By bringing Martin’s bones to Israel, we say something to ourselves about ourselves, our values and our identity, about who we are as a people and as an army.”