A festive reception was held for the first student from the United Arab Emirates to begin studying in Israel – Mansour Bin Sameh al-Marzuki, 19, is enrolled at the Interdisciplinary Center in Herzliya (IDC). The historic event was hosted by Prof. Uriel Reichman, President and Founder of IDC Herzliya, and was held in the presence of the United Arab Emirates’ Ambassador to Israel, Mohammed Mahmoud Al-Khaja.

The young student received his room in the dormitory building on campus this week, and will soon begin his studies in the undergraduate program in government, as part of the Rafael Recanati International School at IDC. The International School enrolls about 2,100 students from 90 countries around the world, and the UAE is now the 91st country to be represented on the international campus. On the occasion of the festive event, the Emirati flag was flown last week on the campus’s well-known Flag Boulevard.

UAE Ambassador Mohammed Al-Khaja congratulated the student, saying: “In signing the historic Abraham Accords, the governments of Israel and the United Arab Emirates have pledged to promote peace and prosperity in the region and to bring down the barriers that have separated our peoples. Today we mark another important milestone in our quest to realize our shared vision. I believe that education and culture are bridges to a better future. Working together to promote research collaborations and student exchanges will bring our peoples closer together.” 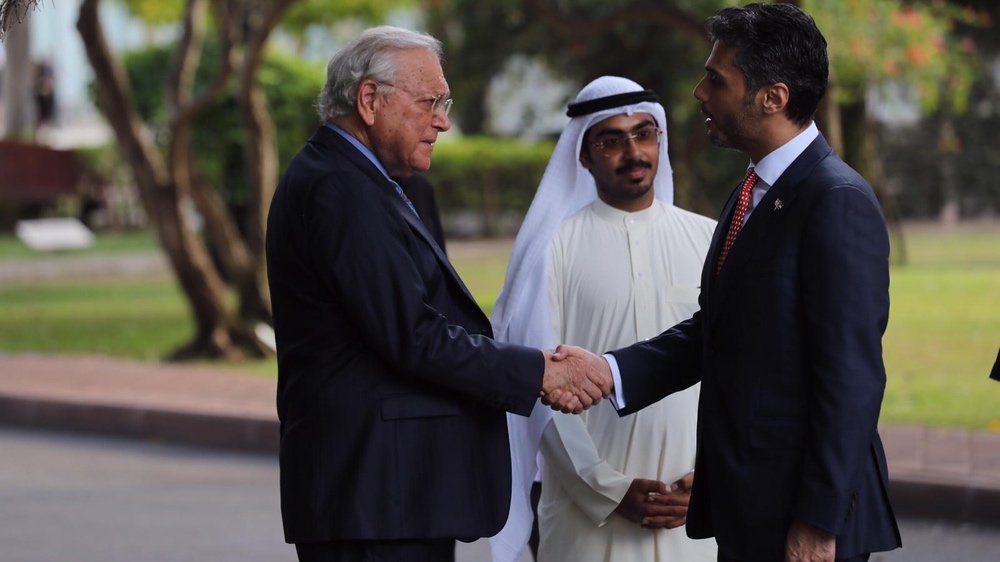 “I am very proud that the IDC Herzliya is the first academic institution in Israel to receive a student from the United Arab Emirates,” said Prof. Uriel Reichman, president and founder of the Interdisciplinary Center in Herzliya. “IDC was founded with the intention of cultivating the future leadership of the state and Israeli society, from a global perspective, and I am glad that young people from the countries of the region choose to come to us and join our community. Sustainable peace is not created through agreements and contracts, peace is made between human beings. Of particular importance are academic connections and especially the joint university studies of future leadership. The connections that are formed during the course of the studies will yield collaborations and friendships that will build a culture of peace in our region.”

Emirati student says Israeli friend told him about the school

The new student al-Marzuki said: “I chose to come to study in Israel out of a strong desire to contribute to the advancement of peace. The moves made by the leaders of our two countries have given me the opportunity to come here and show our values and our young people in promoting cooperation for peace and prosperity. I heard from an Israeli friend of mine who studied at the International School about the place and the atmosphere and I feel very safe to study here. Right now I’m concentrating on finishing my undergraduate degree and hope that in the future I can pursue a master’s degree.”