It’s not only former US President Donald Trump giving Facebook trouble over its role in the modern democratic process. On Friday, Member of Knesset Itamar Ben Gvir, head of the far-right party Otzma Yehudit (Jewish Power), joined a protest against the internet giant outside its local branch headquarters in Tel Aviv.

The Israelis were demonstrating against what they called Facebook’s “political interference” after the company blocked the WhatsApp accounts of 30 people affiliated with the far-right organization Lehava back in May. Among those blocked by Facebook was Ben Gvir’s wife.

Lehava is a Hebrew acronym for “Prevention of Assimilation in the Holy Land.” The group’s primary focus is on preventing the marriage of Jews to non-Jews. It has also come out strongly against the presence of Christians and Messianic Jews in the Land. 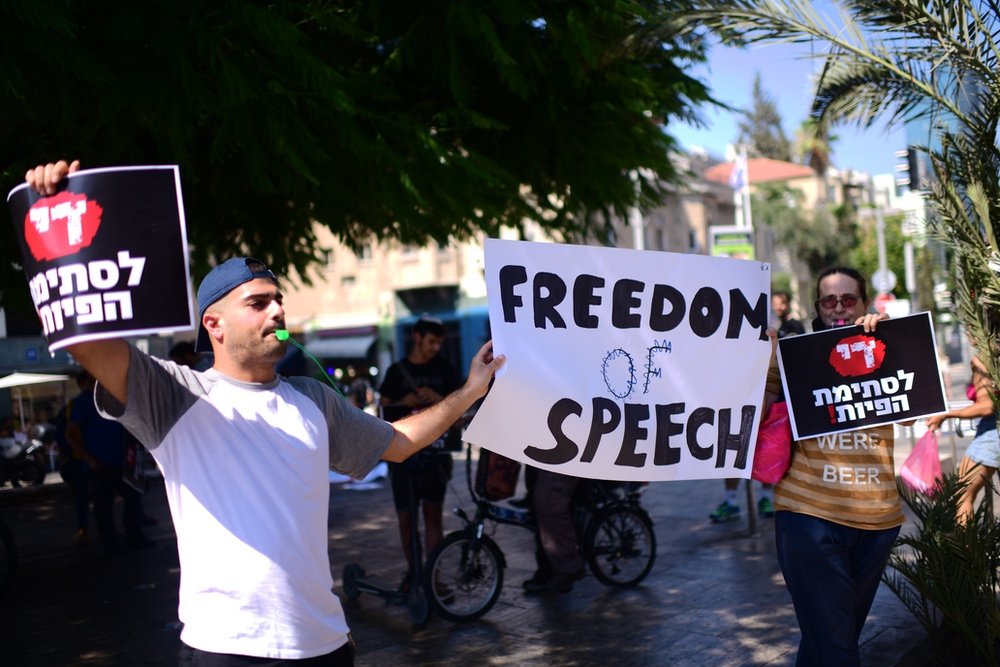 Following Facebook’s action in May, Ben Gvir filed a criminal complaint against Facebook executives in Israel, charging that they had used WhatsApp to effectively “wiretap” his wife and other Lehava activists. Otherwise, how would Facebook know what the activists had been writing on the supposedly-encrypted messaging platform? Unauthorized wiretapping is a criminal offense that carries a sentence of up to five years in prison in Israel.

It’s unlikely Ben Gvir’s lawsuit will go anywhere, but nevertheless, at Friday’s demonstration he insisted that Israeli right-wingers will not be silenced by Facebook.

“Facebook’s conduct is political, we will not let them break the law by silencing us,” said the lawmaker. “Neither Facebook nor the police will shut us up against the law. Sometimes WhatsApp accounts are deleted, sometimes Facebook pages are blocked. Where will Facebook go next in its gross violation of freedom of expression?!”