Have you ever wondered what it was like to be inside of Moses’ tabernacle or Solomon’s temple? For one thing there were no electric light switches nor glass windows. We take light for granted, but it’s not trivial.

As I was reading this Torah portion, I tried to imagine life without the bright LED bulbs that make our evenings almost like midday. The Torah portion begins with a description of how Aaron and his sons were to set up the lights of the menorah, the 7 branched lampstand, made of pure gold, inside the dark tent of the tabernacle.

“The LORD said to Moses, ‘Speak to Aaron and say to him, ‘When you set up the seven lamps, they are to light the area in front of the menorah [lampstand].’ ’ 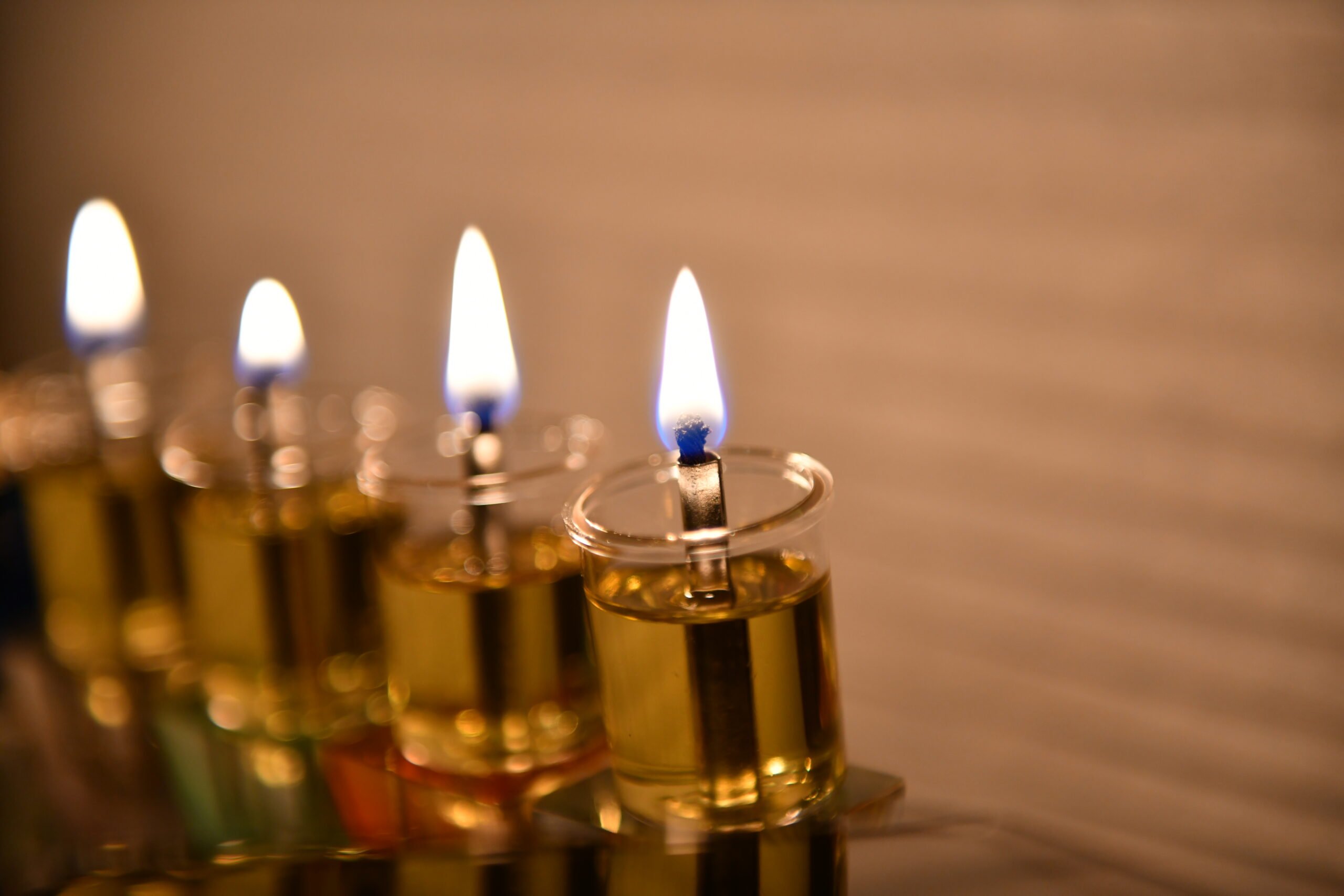 An Illustration of a lit Menorah

The theme of the menorah lampstand is again taken up in the prophetic passage of Zechariah 4. There the prophet is invited to see the vision of a golden lampstand with olive tree branches on the left and on the right, channeling olive oil directly into the lampstand. (The lampstand burned olive oil, not wax candles.)

“Then the angel who talked with me returned and wakened me, as a man is awakened from his sleep. He asked me, ‘What do you see?’

“I answered, ‘I see a solid gold menorah [lampstand] with a bowl at the top and seven lights on it, with seven channels to the lights. Also there are two olive [trees] by it, one on the right and one on the left.’ ” (Zechariah 4:1-3) 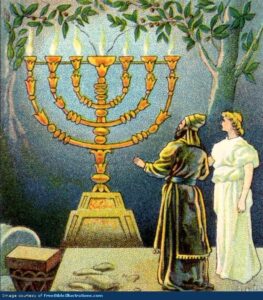 The two olive tree branches on both sides of the menorah in Zechariah’s vision represent the kingly and the priestly roles in the period of rebuilding and restoring the temple in Zechariah’s day following the return from the Babylonian captivity.

Zechariah’s vision helped inspire rabbi Saul (Paul) of Tarsus as he wrote of wild olive branches being grafted into the olive tree of Israel (Romans 11:12) and together bringing greater riches (literally “fullness”). Perhaps Paul was even thinking of the channels funneling an overflow of olive oil from the branches to the menorah. 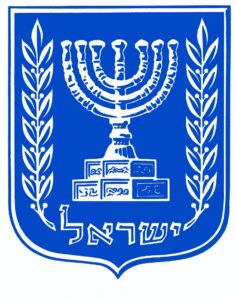 As I learned researching this article, Zechariah’s vision also helped inspire the official emblem of Israel in 1949 – with the menorah lampstand framed between olive branches to the left and right. The emblem packs rich symbolism.

When they put the olive branches on the emblem in 1949, the modern Israelis were interpreting the kingly and priestly roles supporting the reborn nation, as government and religion. They were also thinking of the peace symbolism of the olive branches (Genesis 8:11) in spite of Israel’s seven war-torn decades since then.

I will never again be able to see the emblem of Israel as just a governmental symbol.

These related items may also interest you: