“We sell faith,” said a leading Israeli tourism expert in an expansive Ynet news portal article dealing with the challenges of soaring Christian pilgrimage to the Holy Land.

“Our product isn’t the nicest scenery in the world. What we are selling is the cradle of monotheistic faith,” insisted Yisca Harani, an Israeli tour guide, researcher and lecturer who is often called upon to advise on matters related to Christian tourism.

She’s probably been very busy of late, as Israel has been experiencing a tourism boom, and the percentage of overall tourists who are coming in organized pilgrimage groups is increasing year-over-year. 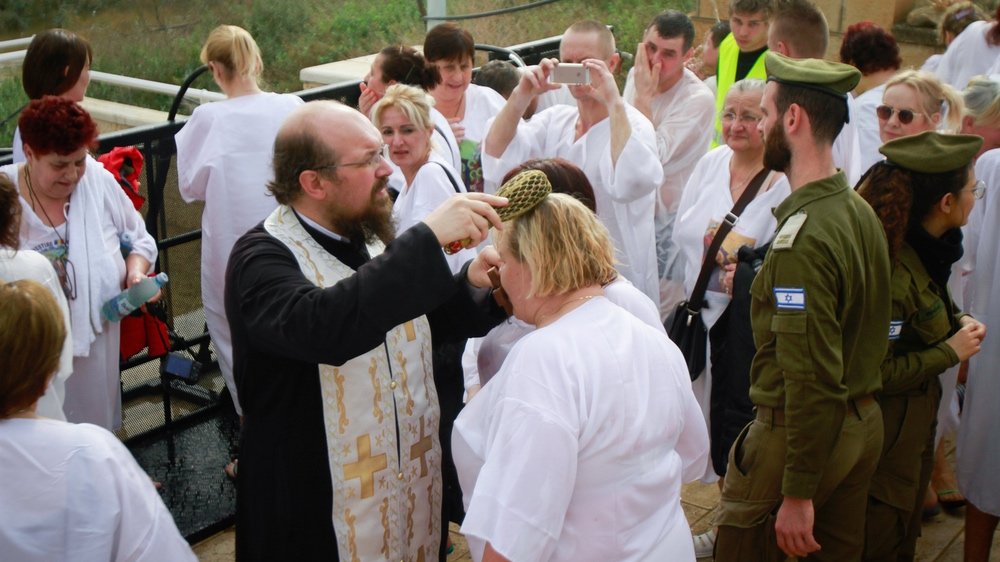 Christian tourism is both blessing and burden for Israel

Harani’s remarks were offered as part of a growing debate over how to accommodate so many visitors to the Jewish state.

On the one hand, Israel aggressively markets itself as the place of both Jewish and Christian pilgrimage. On the other, many tourism industry officials complain that the State has done far too little to prepare for the increased number of tourists we are now seeing.

“Hotels are being booked one-and-a-half years in advance, and there is nowhere for people to stay,” Iran Greenbaum, head of the Jordan Valley Regional Council that encompasses most of the sites where Jesus conducted his earthly ministry, told Ynet.

“Unfortunately,” Greenbaum continued, “the government has failed to adequately address the tourism infrastructure. In the places where Jesus performed most of his miracles, there aren’t enough parking spaces for the hundreds of buses arriving every day.” 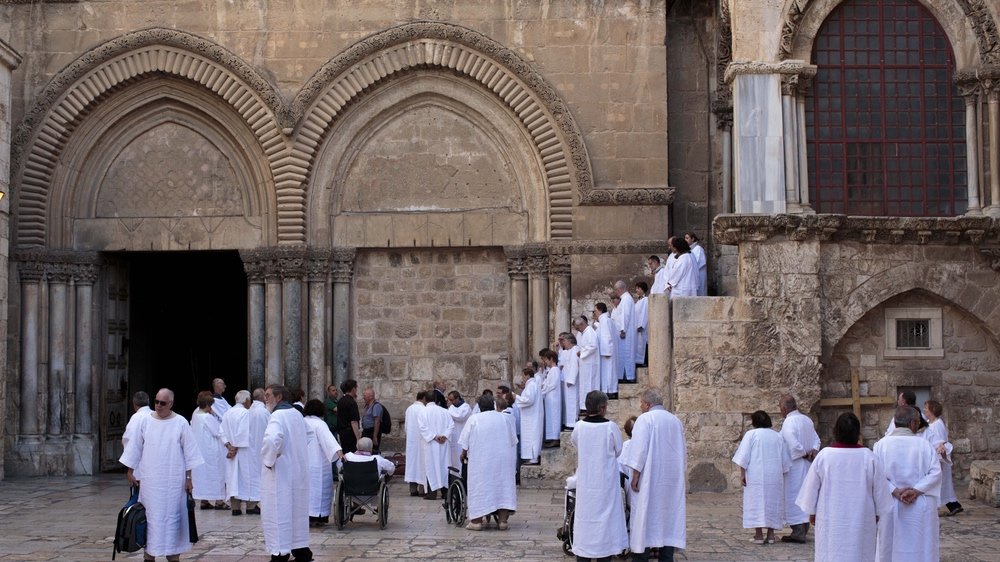 Catholic pilgrims line up for a chance to take mass at the Church of the Holy Sepulcher.

The issue of overcrowding at holy sites is more of problem for Catholic groups, who make up about 41 percent of all pilgrim groups.

Catholic groups stick pretty much to established churches, where they like to hold mass. But with so many groups arriving, pilgrims can wait hours for the privilege of doing so, which severely diminishes the experience.

The Israel Parks Authority has succeeded in partially alleviating the congestion by establishing Catholic meeting places in four large national parks spread out across the country. Many groups are now conducting mass in these beautiful outdoor settings.

By contrast, Protestant groups, which make up about 37 percent of incoming pilgrimage, are more likely to visit Biblical landscapes and even sites related to Israel’s modern rebirth.

As one tour guide cited in the Ynet piece put it, a Catholic group would be lost at Ein Gedi, whereas Protestants would recite the psalms of David and have a wonderful spiritual experience. 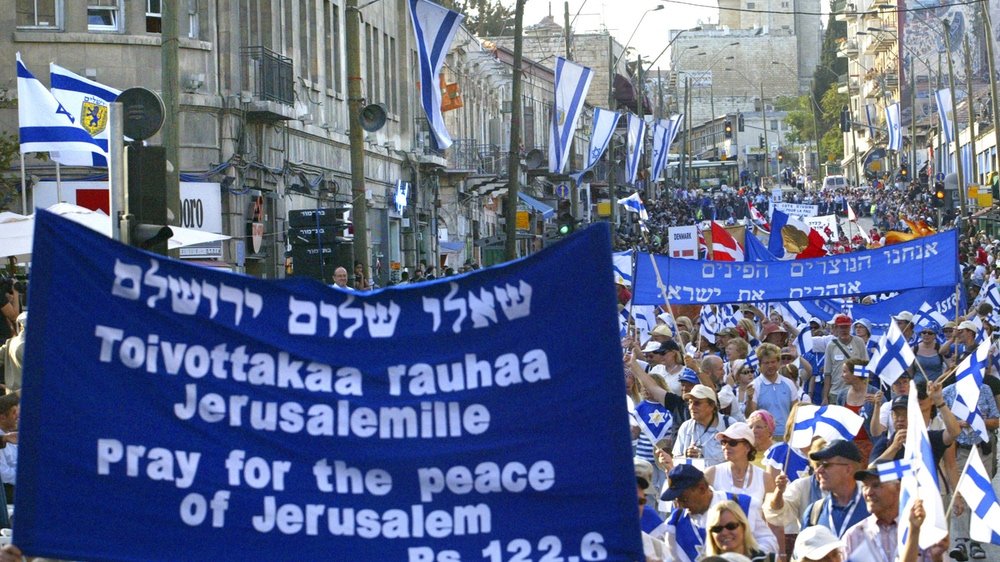 Was Israel caught off guard?

Perhaps Israel was caught off-guard by the surge in Christian tourism. While Jews are generally aware that this land is nearly as holy to Christians as it is to them, tourism numbers in past decades didn’t give any cause for concern regarding the infrastructure.

There might be well over one billion Christians in the world, but fewer than one million were visiting the Holy Land annually.

In today’s economic atmosphere, that’s changing, fast. More and more people in both developed and third-world countries today have the financial means to make a pilgrimage to Israel. Where this is most noticeable for Israelis is in the huge increase in the number of Chinese Christians visiting in recent years.

Israel is building more hotels, upgrading heavily-visited holy sites and improving means of transportation. But all of that takes time, and a lot of money.

What is certain is that the Jewish state takes very seriously its role as custodian of Christianity’s holiest places, despite the fact that so doing is becoming more of a headache than it’s worth.