And when he had come to the other side into the country of the Gergesenes, there me him two possessed with demons coming out of the tombs, exceedingly fierce so that no man passed by that way. (Mathew 8:28)

After living among the fishing villages on the eastern shores of the Sea of Galilee, Jesus sails over to the other side of the lake, to the region known today as the Golan Heights.

Running down steep slopes of these heights overlooking the sea was a region called the Country of Gergesenes or Gadarenes, part of the ancient Decapolis, ten Hellenistic cities where Roman citizens herded the pigs in this account. Today the city is identified with a hamlet situated on a mountain peak south of the Yarmuk River to the east of the Jordan.

The tombs mentioned are rock-hewed caves characteristic of cemeteries in the Hellenistic and Roman period. These caves provided an easy shelter for outcasts, including the mentally deranged, and made excellent hiding places since few dared visit burial sites in ancient times. 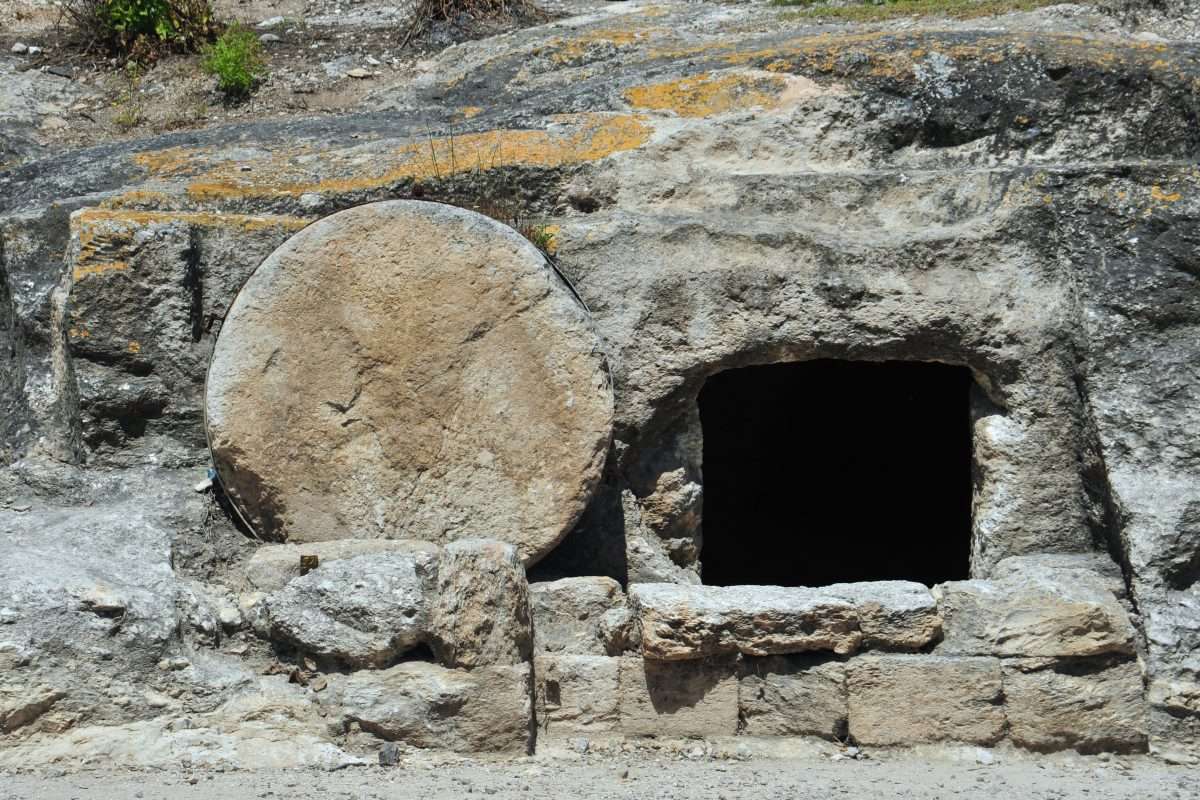 Tomb from the 1st century AD discovered while widening a highway in the north of Israel. Photo: Shutterstock

And he said to them, “Go.” And when they were come out they went into the herd of swine, and behold, the whole herd ran violently down a steep place into the sea and perished in the waters. (Matthew 8:32)

Pig breeding was a very profitable business in antiquity. Pork was not only consumed locally but could be salted and sold to the Roman army. The Gentiles who lived in Decapolis raised large herds of pigs or boars in the Golan.

Given the Jewish detestation of pork and pigs as prescribed by the Torah, Jews living in the vicinity of this district abominated the practice, and it is surprising to find Jesus leading his followers across the waters to this “unclean” place where we find them walking about in what many considered a haunted cemetery.

Matthew’s description of the steep cliffs running down to the Sea of Galilee from where Gadarene reached the shore makes the story of the herd plunging into the water vivid and illustrates Matthew’s knowledge of the local topography. 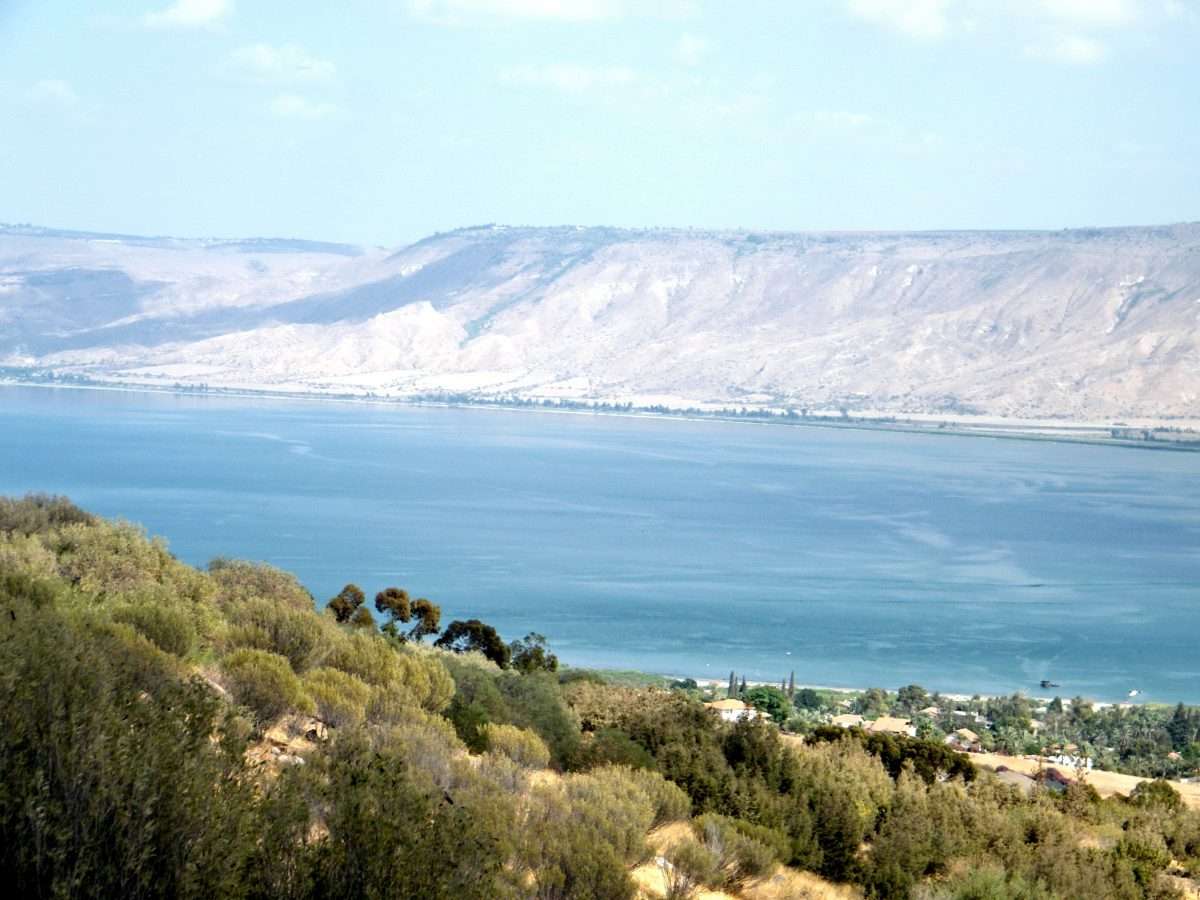 A view of the steep banks of the Golan Heights from a fishing village near Capernaum. Photo: Shutterstock

Matthew later tells us of how Jesus goes back to this region across the sea from Capernaum and the Jewish fishing villages to teach his followers a special lesson (Matthew 15:29-39). Jesus had just returned from Tyre and Sidon (vs 21), another foreign region today in Lebanon, where he casts out the demons of a Canaanite woman (did only Gentiles have demons?). Anyway, from there he returns to the wilderness of the Golan Heights where we find a “multitude of sick and lame lying at his feet.”

These crowds from the Decapolis have come long distances in dry and windswept terrain to be with Jesus, and still they continued to follow him for three days with nothing to eat. Finally, “He has compassion on the multitude,” and miraculously produces enough fish and bread to feed the “4,000 men beside women and children” who were following him.

He asks the crowd to sit down and tells the disciples to distribute the loaves and fishes. How did these Jewish fishermen, or even Matthew the tax collector, feel bending down to feed these starving, destitute and retched Gentiles? What do these lame, blind, demonized or deranged people look like, or smell like, after dragging themselves around the Golan Heights for three days without food?

Perhaps more than any other event, here the disciples get a hands-on look at how far out of their comfort zones Jesus is calling them. An experience they would not easily forget, as Matthew recalls. 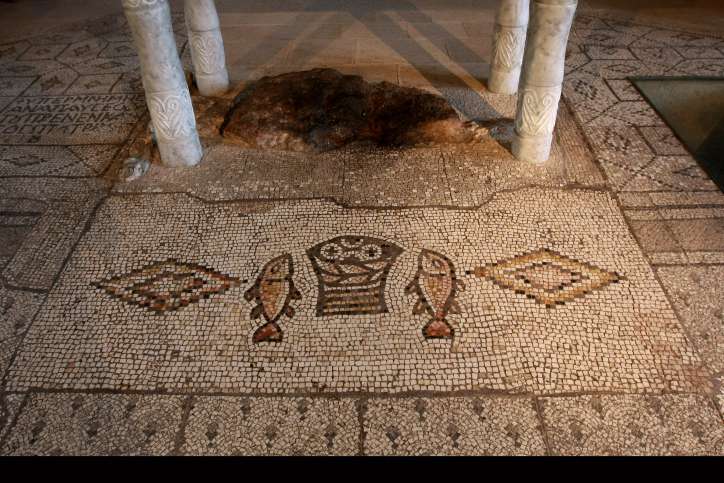 Early Byzantine Christians built churches on the shores of the Sea of Galilee to commemorate the ministry of Jesus. This one marks the event of the “loaves and fishes,” which tested Jesus’ disciples by taking them far outside their comfort zone. Photo: Rishwanth Jaypaul/Flash90

A look at the Golan Heights today

This region is now under full Israeli authority, though wild boars still roam the Golan Heights. Before the Six-Day War, Syrian troops stationed along the cliffs overlooking the Sea of Galilees bombarded Israeli farmers working on the kibbutzim and Jewish fishermen on the Galilee with ballistic mortar fire. When Israel captured the region in 1967 they threw the Syrians back to Damascus.

Since then, Israel has established 27 agricultural settlements on the once barren, windswept mountain plateau. The different height, climate, amount of precipitation and the fertile basalt soil has enabled Jewish farmers to produce impressive yields. The most common are deciduous trees, citrus, sub-tropical orchards, vineyards and olive groves, flowers and field crops. High-quality wines are also produced from the many vineyards on the Golan and are sold in markets all over the world, and have even won prestigious prizes in international competitions.

Additional branches of agriculture that characterize the Golan are dairy farms, cattle for meat, poultry, turkeys, honeybees and more. The farmers of the Golan grow approximately 30% of the national yield of apples, cherries, pears and mangos. The meat production of the Golan also constitutes 30% of the national production. The Golan produces approximately 95 million liters of milk in a hundred dairy barns – about 9% of the amount of milk produced in Israel.

Back to (Jewish) civilization

And Jesus went about all the cities and villages, teaching in their synagogues. (Matthew 9:25)

Back in Capernaum, Jesus goes off to visit cities and villages in Galilee, of which, according to Josephus, there were no less than 204. Every Jewish town and village had a synagogue, a place in which men would gather on Shabbat, making it ideal for Jesus to spread his teaching.

The synagogue (beth ha-knesseth in Hebrew, i.e. the “house of assembly”) became a foundation of Jewish life during the Babylonian exile, where it took the place of the ruined Temple. It served as a meeting place for the Jews in diaspora where the Torah could be read and taught. With the Return to Zion, synagogues spread across the Land of Israel and became a mainstay in universal Judaism. 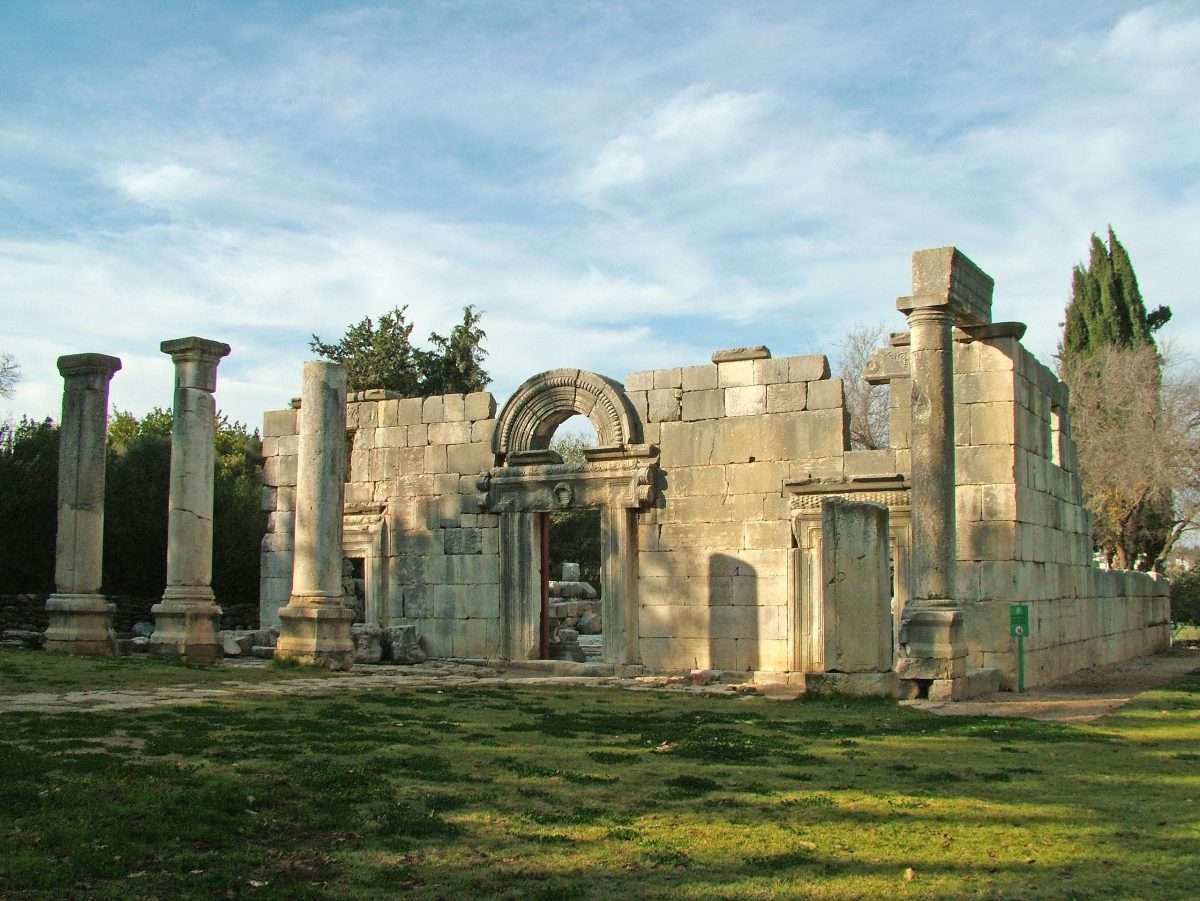 Ruins of the ancient synagogue in Baram near the Lebanese border. Photo: Creative Commons

According to rabbinical law, every community was required to have a synagogue within a “Sabbath walk.” These were usually built on the highest point of a settlement, or on the shore of a sea or riverbank. Synagogues were used for congregational prayer, preaching and interpretation of Scripture, as well as other community activities. They were the natural place for anyone who wished to persuade his fellow Jews on a matter of faith. Jesus preached in the synagogues at Capernaum, Nazareth and elsewhere. Paul too regularly visited synagogues in the Diaspora as the starting point of his mission in every city.

Note that in contrast to most Christian churches that were built around the world in the gothic medieval or Roman fashion, Jews in the Diaspora built their synagogues in the style of the culture where they lived. Here is a model a Chinese synagogue. 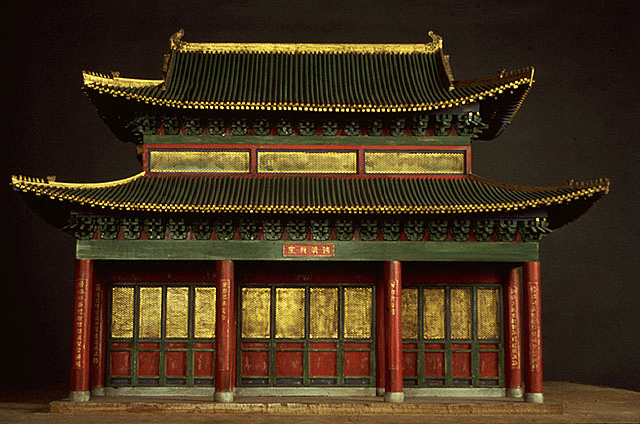