He came and dwelt in Capernaum, which is by the seacoast… (Matthew 4:13).

As we learned in Part 3, Jesus was not able to make much headway in his hometown Nazareth (cf. Lk.4:16-20). His teachings were not stirring hearts as he had hoped. So he heads down to the shores of the Sea of Galilee to Capernaum, a fishing village known also as “his town” in the Gospels (Mt. 9:1). Capernaum is the Greek form of the Hebrew Kefar Nahum, or “Village of Nahum,” which is either the name of an unknown person, or “village of comfort,” in Hebrew “nahum.”

Josephus mentions the village as being on the border of Galilee and the Jordan, which is why we find Matthew the Tax Collector and author of the Gospel stationed in a customs house collecting taxes on imports and exports between the regions. The town was first identified as Kefar Nahum from the ruins known in Arabic as Tell Hum, where the remains of a synagogue have been excavated which still stand today. 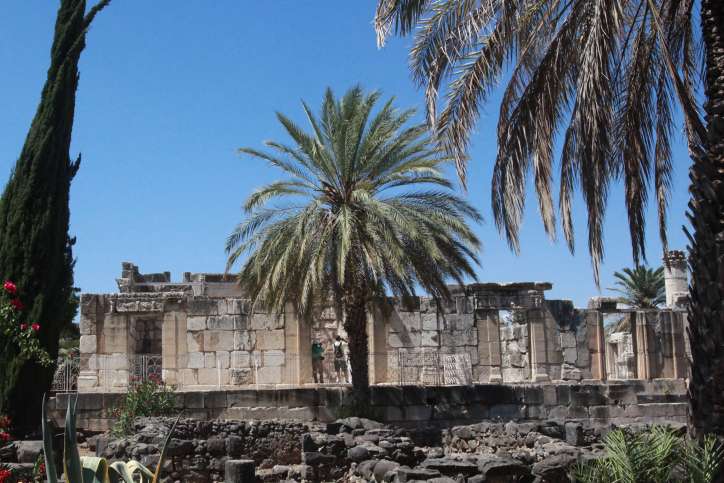 The ruins of the synagogue in Capernaum. Photo: Yossi Zamir/Flash90

Sitting on the shores of the Galilee, with ready access to the Decapolis, or the “ten cities” in the region made up of mostly non-Jewish Roman citizens, the people of Capernaum might have been more open to the new teachings of Jesus than the landlocked Jewish town of Nazareth. Mt. 11:23 implies that Jesus was somewhat disappointed by the response to his message in Capernaum as well, though at least five of his disciples who lived there became apostles.

Talmudic sources refer to a Messianic Jewish community that later developed in Kefar Nahum, indicating that Jesus’ teachings in the seashore town had not been entirely fruitless.

And Jesus, walking by the Sea of Galilee, saw two brothers, Simon called Peter, and Andrew his brother, casting a net into the sea: for they were fishermen… he saw two other brothers, James the son of Zebedee, and John his brother, in a ship with Zebedee their father, mending nets… (Mt. 4:18, 21)

The Sea of Galilee is the largest sweet water lake in Israel and is chock-full of fish. The tilapia zilli, also known as St. Peter’s fish, is especially popular among tourists visiting Tiberius these days, but frankly, its fame is more from the name than its flavor.

Walking along the seashore, Jesus would pass many such small fishing villages. The many fishermen and merchants felt comfortable with the simple carpenter who had walked the 20 miles from Nazareth to the coast. Jesus felt comfortable too among his fellow artisans and laborers. 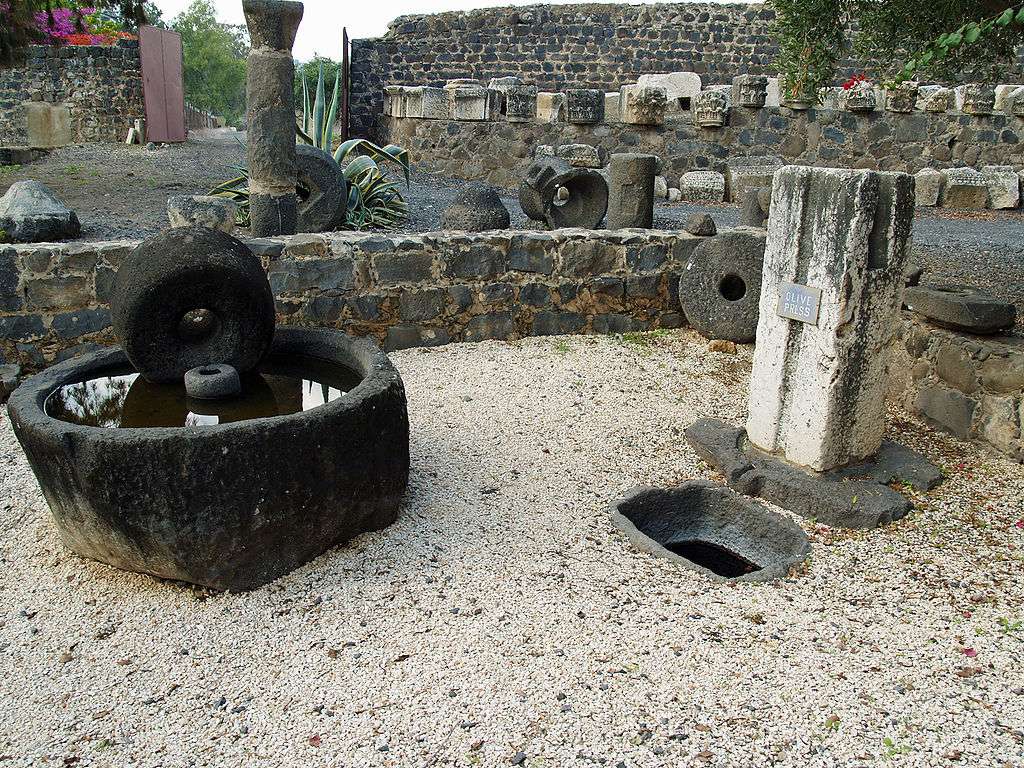 When Jesus sees Simon, and his brother Andrew, casting their nets, he calls them over. He then notices James and John with their father Zebedee in a boat fixing their nets and calls them too.

Clearly Jesus noticed something special about these local fishermen. The Galilee fisherman lives by a cultural ethic, an unspoken code of honor, even piety, that comes when generation after generation working and living together in a village. The long days at sea with family members and longtime friends in the small community, repairing wooden fishing boats, nets and tackle, dependent on the tides of the sea for their family’s daily sustenance, creates a special camaraderie and loyalty one to another. The bond they enjoyed between them, as well their mutual appreciation, must have attracted Jesus to these fishing families.

Involving Matthew, the local tax collector, among this small group would have challenged the fishermen families, whose income was threatened by corrupt tax collectors. To follow Jesus and join the friendship among these local families, Mathew had to change his ways, which would prove a serious loss of his income since these tax collectors depended on taking what they could for their income, and worse, siding with the fishermen was a threat to the Roman authorities who enforced and collected the duties. 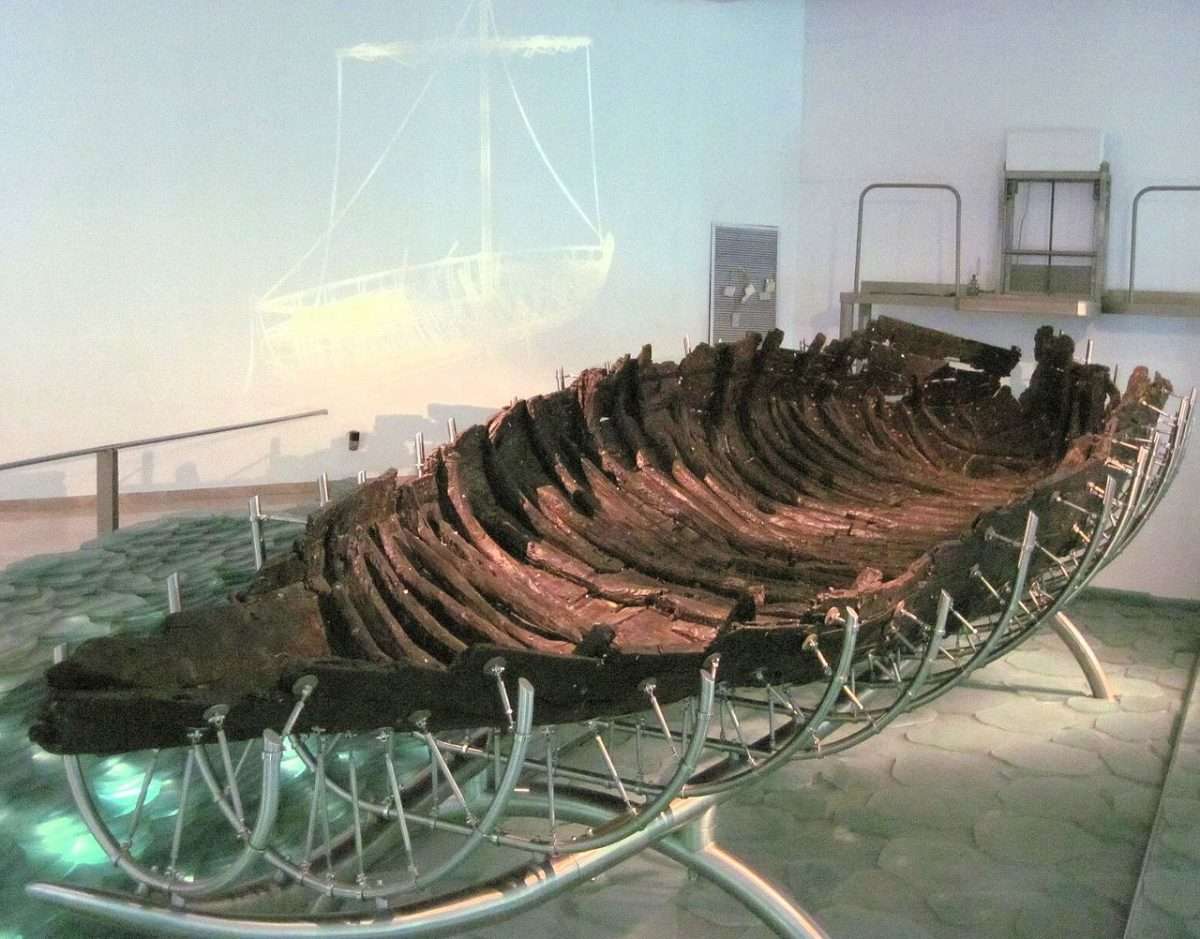 You can get an idea of just how small these fishing vessels were from this 1st century boat dug up from the mud not far from Capernaum. Photo: Creative Commons

Seeing the multitudes, he went up a mountain … And he opened his mouth, and taught them, saying, Blessed as the poor in sprit; for theirs is the kingdom of Heaven. Blessed are they that mourn; for they shall be comforted. (Mt. 5:1-4)

Christian traditions from early times have located the spot of Jesus’ Sermon on the Mount up on a hill 368 ft. above Capernaum, which owing to the depression of the Jordan Valley is actually 312 ft. below sea level.

Panoramic view of the Sea of Galilee from atop the Mount of Beatitudes. Photo: Shutterstock

This gentle elevation now called the Mount of Beatitudes offers a panoramic view over the Sea of Galilee and the mountainous Golan Heights encircling its eastern shores. Although there was commerce and interaction with the citizens of Decapolis, local fisherman Simon Peter, who grew up on this lake enclosed by mountains, was still moved when later he visits the port of Jaffa’s coastline and gazes out upon the horizon and the “isles beyond” from the tanner’s rooftop. The array of colorful dresses, foreign sounds and exotic smells of the Gentiles trading at the port are wafting up on the warm breezes at the lunch hour when he is overwhelmed, falls into a stupor, and has a vision and a calling to take the teachings of Jesus to the nations (Acts 10).

The same concepts and even words that Jesus used on the mountain above Capernaum have been found in Qumran scrolls. Texts referring to the meek, those that are of a contrite spirit, and them that mourn. The idea of returning to a humble and simple lifestyle is intended to call the nation back to the faith of Abraham, Moses and the Children of Israel and their experiences with God in the desert wanderings. It is a call to return to the true faith unshackled by the materialism and the inevitable corruption that had infected society, and in particular the religious leaders.

Jesus was raising a band of radical believers who would challenge the corruption and lead Israel back to her God and Messiah. As we learned in Part 3, Jerusalem was in dire straits when Jesus walked into town. The Holy City was in a deep, ongoing spiritual crisis as fraud and exploitation had taken over the religion, which eventually led to the destruction of the Temple in 70 AD and a 2,000-year exile of the Jewish people from the Land of Israel. The message of a return to simplicity and true spirituality was heard not only as a personal challenge, but primarily as a call for national repentance in hopes of redeeming the nation from spiritual darkness and the coming judgement they sensed was imminent. These fishermen from Galilee, like many Jerusalemites who had had enough and left the city to listen to John the Baptist in the desert, were hungry for spiritual reformation — a movement that became a serious challenge to the Jewish religious authorities and Roman rulers.

For more on this and the role of the desert in Israel’s spiritual awakening see part 3 of this series. 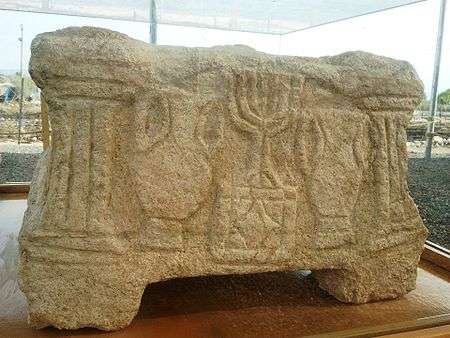 The Magdala Stone from an ancient synagogue on the shores of the Sea of Galilee. Photo: Israel Antiquities Authority

Neither do men light a candle and put it under a bushel, but on a candlestick… (Mt. 5:15)

Foreseeing the difficulties these reformers would encounter, Jesus tells them that they will need to have courage to accomplish the mission. In ancient times, a variety of methods were used to provide artificial lighting like torches and candles, but mostly lamps with wicks that burned oil. These lamps were made of clay or metal. In Jesus’s time the lamps had a rounded receptacle with an opening for the oil and a flared nozzle with a hole for the wick.

The light from these oil lamps was weak, so several lamps were often grouped together, or one lamp with several nozzles and wicks. Another way of increasing the light was to place the lamp on a high stand or candelabra as described in this verse. Jesus’ image of lifting up the light would bring to mind the Temple and the Golden Menorah lampstand with its seven branched oil lamps illuminating the Holy Place. 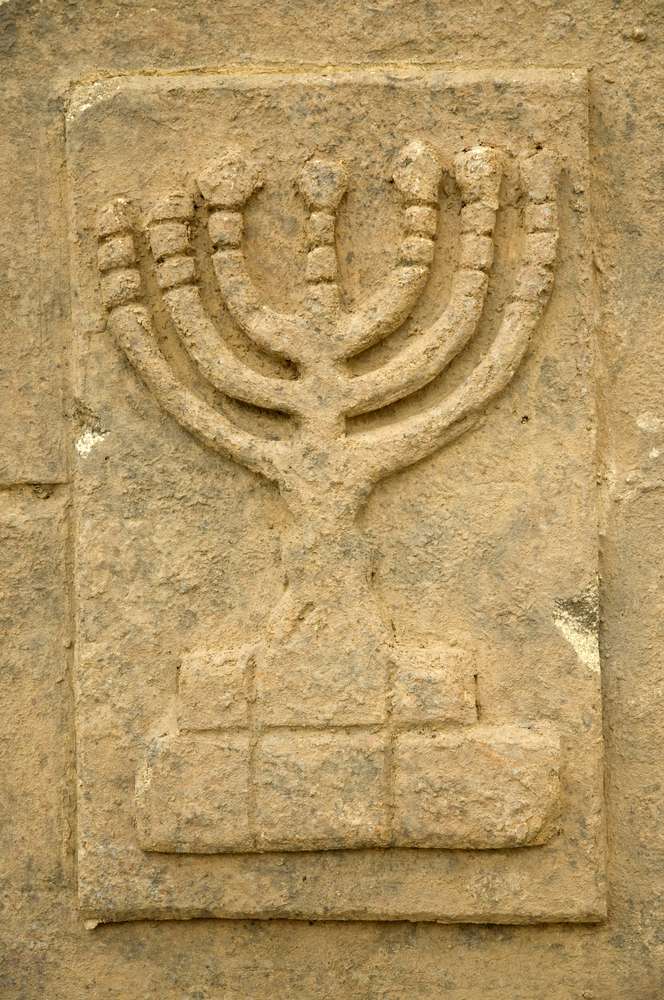 For thought: Lamps had to be elevated because of the feeble light they provided. Photo: Shutterstock

Learn more about Mary Magdalena, Jesus and a Mysterious Stone found in the synagogue just a short walk along the coast from Capernaum in another fishing village called Magdala by the Sea.

We also have a virtual tour of Magdala: at the Crossroads Between Judaism and Christianity

Or visit with us on the virtual tour of the Childhood Town of Jesus and His Family.