Israel Foreign Minister Yair Lapid this week made his first big public foray into Jewish-Christian relations when he addressed the Christians United for Israel (CUFI) summit in Dallas via a recorded video message.

There was some concern that Israel’s new government wouldn’t have the background, experience or perhaps even the motivation to manage relations between the Jewish state and the Christian Zionist world as successfully as did former Prime Minister Benjamin Netanyahu.

This is becoming a bigger deal in Israel these days. Israelis had always appreciated Christian support, but many didn’t realize until after the surprise election of former US President Donald Trump the kind of political power Christian Zionists could wield. Now it is considered very important for Israeli leaders to be capable of leveraging that Christian support, and there’s no question Netanyahu knew how to do so. 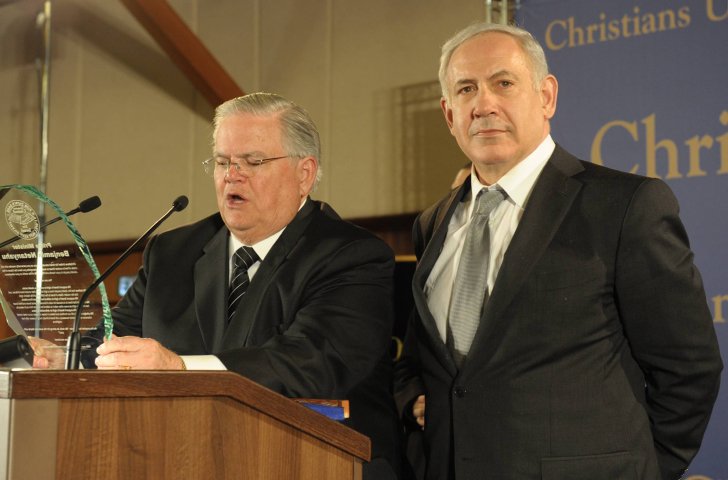 Lapid and his governing partner, current-Prime Minister Naftali Bennett, have much less experience engaging with Christians, and all eyes were on the Israeli foreign minister when he addressed the CUFI event. It was clear that Lapid was aware of this, and he began on a somewhat defensive note:

“Israel has a new government, but the country is the same. The land of history and modernity, the land of faith and science. Where our prophets walked, where our story began, the land that flows with milk and honey.”

Lapid continued with a thinly-veiled swipe at Netanyahu and what came across as an effort to convince Israel’s Christian supporters that the new “government of change” is a worthy successor to that of Bibi. The foreign minister suggested that Netanyahu’s successive governments only served part of the nation, and were of late primarily concerned with his personal political survival:

Lapid then got to what everyone in that room was waiting for:

“Israel faces challenges on all fronts. From Hamas in the south to Hezbollah in the north. From Iranian-backed militias in Syria, to Iranian scientists developing their nuclear program in Tehran. We will face all these challenges head-on, alongside our friends, alongside you.

“But the challenges won’t define us. Israel is at its core an optimistic story. It is a story of success against all odds. And that story continues today.”

CUFI founder Pastor John Hagee was in Israel last month along with rumored 2024 presidential hopeful Nikki Haley (who also addressed this week’s summit in Dallas). They came on a mission of solidarity following the Gaza war, but also to boost Haley’s pro-Israel political credentials ahead of a possible election campaign.

Lapid recounted that he’d just concluded weeks of intense coalition negotiations and hadn’t slept in 48 hours, but was unwilling to cancel his meeting with the CUFI delegation. According to the foreign minister, it was important for him to thank the Christians face-to-face.

Hagee’s wife, Diana, told JNS that during their meeting in Jerusalem, Lapid asked her husband why Christians are so supportive of Israel, to which the pastor gave an impassioned, and lengthy theological explanation.

The fact that Lapid needed to ask such a question speaks to his secular background, but also shows that he’s willing to learn how to properly maintain Israel’s important relations with the Bible-believing Christian world. Perhaps he should read our recent article: A Jewish Perspective on Christian Zionism