After three weeks of lockdown, Israelis have run out of patience

Many Israelis understand the rationale behind the current lockdown, imposed as the national COVID-19 infection rate skyrocketed last month. And there seem to be early signs that it’s working. The number of new daily infections has decreased significantly in recent days.

Last week, there was an average of around 3,500 new cases every day. On Sunday, just 887 new cases were confirmed. Of course, this number is low because fewer tests are administered on Shabbat. Still, it’s a move in the right direction.

Israel’s government has determined that new daily infections must consistently fall below 2,000 before the lockdown can be lifted. At the present rate of decrease, that could happen by next week. But even then, stores and shopping centers will remain closed for at least another month to prevent a new outbreak. The government is asking for a little patience, but many Israelis have none left to give.

Weekend media debates focussed on how different groups are observing, or rather violating the lockdown. Orthodox Jews are unwilling to abandon traditional mass prayer gatherings at local synagogues, and left-wing demonstrators insist on their right to gather in protest against Benjamin Netanyahu.

Even among those who do not fall into those two groups, the restriction to remain within 1,000 meters of one’s home has become difficult to accept. And so everyone has started to interpret this restriction differently, or to engage in “sport” so as to avoid being fined. A video clip that went viral in Israel showed a young woman being handcuffed at the beach in Tel Aviv after refusing to provide police with identification.

Police officials later explained that the young woman had been treated politely by officers, but had blatantly refused to comply with their orders, which is a criminal offense.

Other pictures from the weekend showed the full reality of the lockdown violations. The beach promenade in Tel Aviv was simply packed. Again, many engaged in “sport,” which is kind of a free ticket to get out of the house, but some didn’t even bother. Meanwhile, the police seemed to understand that there wasn’t much they could do. 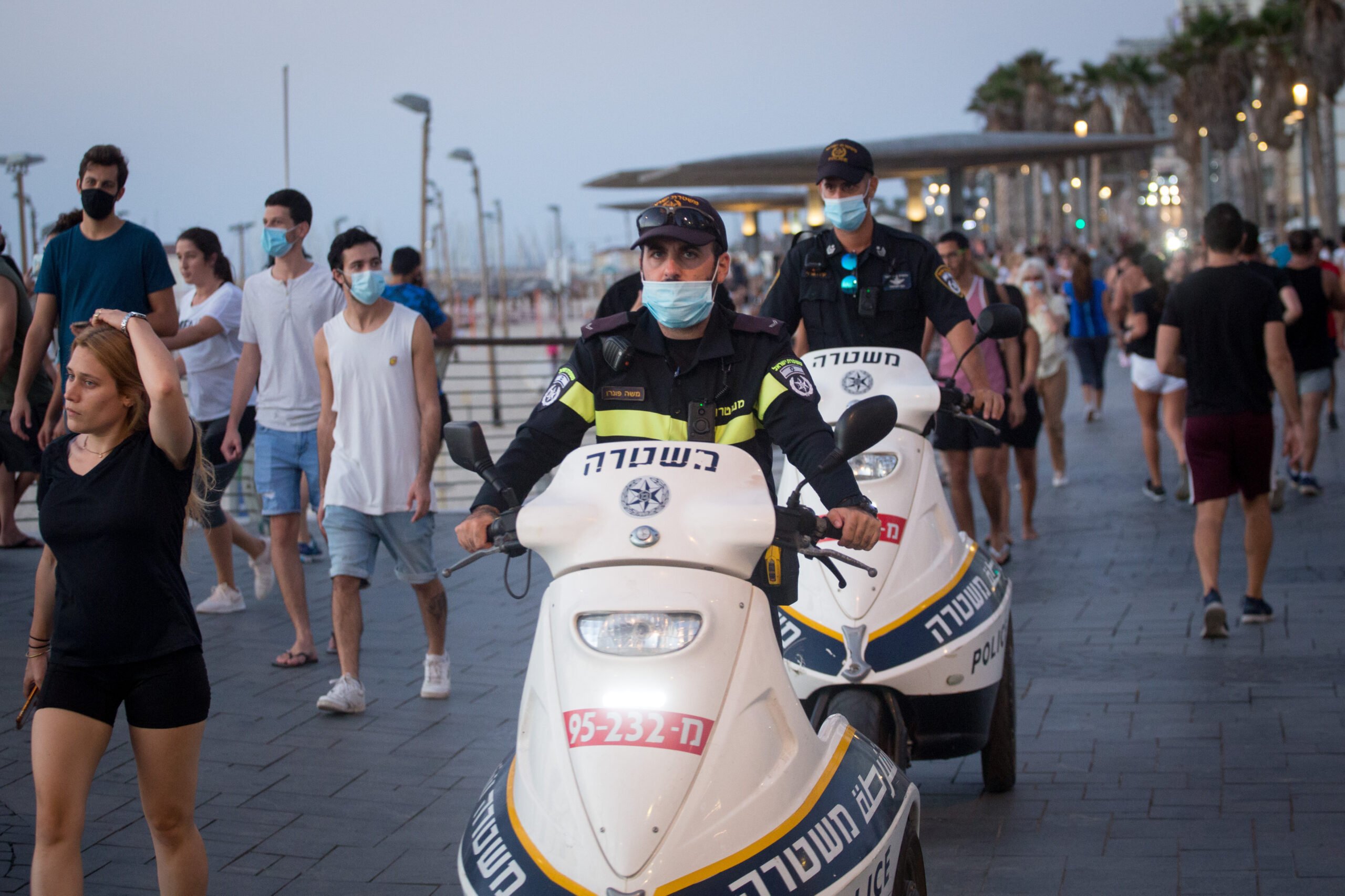 The police have lost control – “Lockdown” on the Tel Aviv promenade.

The coming days will tell in which direction we are going. Under the best of circumstances, Israelis are not known for their patience. But this situation requires just that, especially from hard-hit small business owners. Some simply can’t wait any longer, and are willing to take the 5,000 shekel fine for opening their shops against current Health Ministry regulations.