(JNS) The Jewish presence in the Galilee is shrinking—in part, critics say, because of government policies that effectively discriminate against Jews in favor of Arabs, who constitute the vast majority of the area’s inhabitants. The stakes are high, say those warning of the danger, noting that a large ethnic minority controlling a significant bloc of territory can lead to irredentist movements.

“The issue also exists in the Negev with the Bedouin, but the problem in the Galilee is much more serious,” Bentzi Lieberman, chairman of the Shiloh Forum, a research and policy institute that encourages Jewish settlement, told JNS. In the Galilee, he said, “You find about 45 Jewish communities amid a gigantic Arab population that is growing, encroaching towards them and threatening them.”

The area Lieberman refers to is a section of the Galilee in the central part of the region, its borders roughly defined by Highway 70 in the west, Highway 65 in the east, in the north reaching nearly up to, but not including, Highway 89 and to the south Highway 79, including some areas extending still further south of that road. The area is sometimes referred to as “Lev HaGalil,” or the “heart of the Galilee.”

“We saw what happened during [‘Operation] Guardian of the Walls,’” said Lieberman, referring to the widespread rioting in heavily Arab-Israeli areas during the May 2021 Israeli military operation against Hamas in the Gaza Strip. In the Galilee, Arab Israelis stoned passing cars, blocked roads with burning tires, attempted to Lynch Jews, launched fireworks at police and fired at least one Jewish community.

“Little by little, the demographics have changed,” said Lieberman. 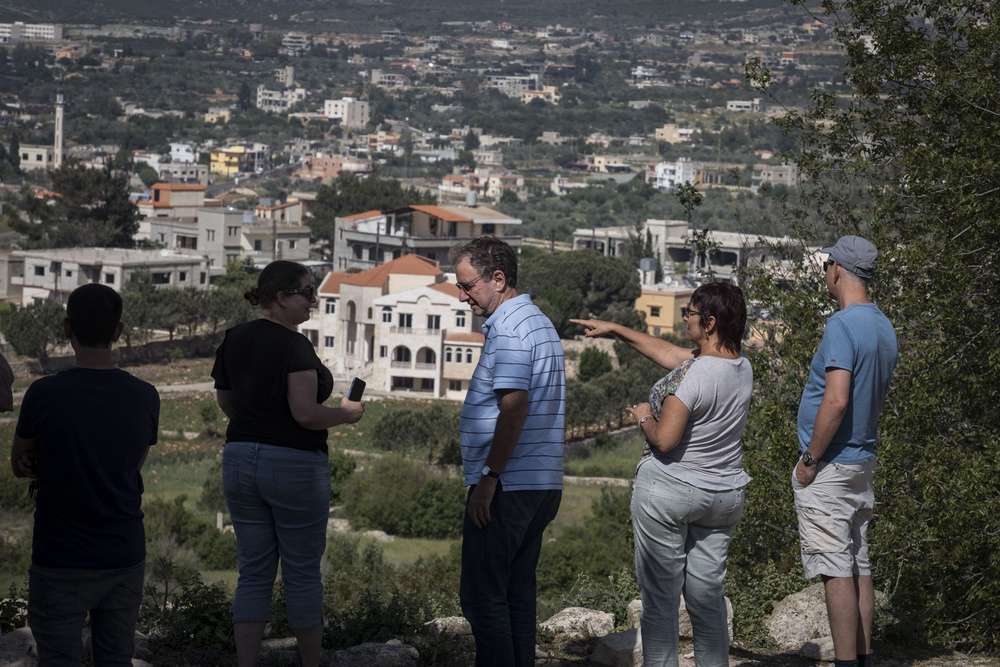 Young couples are priced out

The key problem is the skyrocketing cost of land in the Galilee, said Israel Naaman, an American immigrant and local council chairman of the Jewish community of Eshchar, where he has lived for 34 years. Eshchar, located just north of the Arab city of Sakhnin, was founded by American immigrants in 1986 and is now home to 200 families.

The reason land prices are so high is that government land assessors review comparable home sales when setting prices, and home prices have skyrocketed, said Naaman. “Young couples starting families don’t have the wherewithal to come to the Lower Galilee,” he added.

“When you come as a young couple, you invest your life. You raise your kids here. You build community together. You have loyalties. And the ideals are up-front—really serious ideals of development of the Land in Israel,” he said.

“Instead, people in their 40s and 50s who can afford it move in. Their commitment is much less. There’s less community building, and you’re no longer having a young generation growing up as Galileans,” he said.

Naaman’s answer is for the government to stop charging so much for the land.

“Settling the land is the first ideal. The laissez-faire economy is only a tool to be used to advance that goal. And when that tool doesn’t work, you change it. So what if the government gets a little less in taxes?” he said.

Settling the land is paramount

On a “Day of the Galilee” held in Israel’s parliament on May 10, Knesset Member Ofir Sofer of the Religious Zionism Party, one of the leaders of the Knesset’s Caucus of the Galilee, had a similar message. “[Galilee day] is to remind us that we returned to the Land [of Israel] to settle the land and not for any other reason,” he said.

While there are a host of regulations imposed on Jewish communities that limit their growth and drive up prices, Shiloh Forum chairman Lieberman noted that these are not enforced when it comes to the area’s Arab population. The result, he said, is a dramatic difference in prices.

One reason floated for the government’s failure to impose the same rules and prices on the Arab population is the fear that doing so will lead to an outburst of violence. Naaman argued that much greater violence will result if the government doesn’t act to encourage Jewish presence in the Galilee.

“Once it’s understood that Jews live here, irredentist movements are cut off before they can really start,” he said. Naaman pointed to some improvements in this area since he arrived in the Galilee in the 1970s. Then, he said, there were almost no Hebrew signs. “You didn’t even know if you were in Israel.”

“Now you can see more economic integration. You’ll see places where the signs in Hebrew are much larger than the ones in Arabic, and if you go to the Druze sections, you’ll see almost nothing in Arabic,” he said. “They realize they’re in the Jewish state. They’re a minority. They live here, they have individual rights, but they don’t have rights as a national or religious group to the Land of Israel.”

No one at the wheel

Naaman noted that as bad as the situation was during “Operation Guardian of the Walls” (a transformer was shot out in Eshchar), it was much worse during the Second Intifada in 2000. “What happened after that big mess—and Sakhnin was very involved in it—was that nobody went to buy anything there for a year or two.”

Sakhnin’s boundary is creeping towards Eshchar, which concerns Naaman. Arab efforts to expand their municipal boundaries must end, he said. Sakhnin has city status and can build up, it doesn’t have to build out, he said. “They can build six stories if they want [given Sakhnin’s city status]. Here we can only go up two and a half,” he added.

“We’re heading toward a 10% Jewish minority if this continues,” Lieberman warned. “But in the last half year, we’ve been standing still. I don’t feel anyone has taken the wheel to try and change course.”