Yaish Giat is a 102-year-old native of Yemen and a teacher who owns a spice shop and prepares natural medicines based on the practices of the great Rabbi Maimonides, aka Rambam, from the 12th century. Giat was chosen to light one of the torches at the official state ceremony marking Israel’s 73rd Independence Day. “I do not deserve it. I’m embarrassed,” he said.

In his spice shop in Ashkelon, Giat prepares natural medicines according to Maimonides’ method and knowledge that has accumulated and been passed on from generation to generation. In addition to sharing his knowledge about the use of herbs, Giat volunteers his services to guide the many people who turn to him for advice and blessings. Giat is also a volunteer scribe and has written numerous Torah scrolls that have been donated to synagogues all over Israel. Giat has continued his work even during the Corona period and receives people who need his advice in his home, while maintaining the unique tradition of Yemenites to help others, listen to their problems and give them advise based on Jewish traditions going back centuries.

In a conversation with him in which he was informed that he had been selected to light an Independence Day torch, Yaish modestly responded:

“I do not deserve it. I am embarrassed. I ask the Blessed One to give me strength to help people. People say it is a great honor. I do not know. When I raise the torch, I will wish that our nation loves one another, that people will respect one another for the benefit of the Land of Israel.” 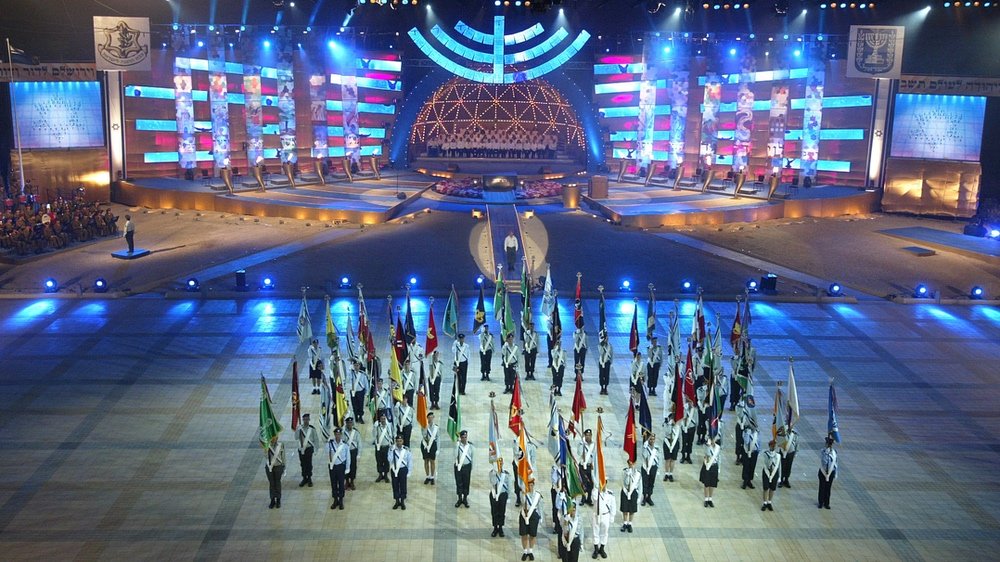 The Independence Day torch lighting ceremony is one of the biggest national events of the year.

Giat explained his “secret” to long life. “First of all, it comes from the Blessed Holy One, HaKadosh Baruch Hu.” He added: “You should relax and divide the day into three parts: eight hours for sleep, eight hours for work and eight hours to eat and drink. You do not need to worry about anything. I am always free.”

When asked if he recommended going on vacation, Giat said, “I’m on vacation all the time!”

“We were pleased to announce our choice of Yaish Giat to light a torch on the 73rd Independence Day of the State of Israel. Giat, is a representative of the older generation, a native of Yemen, he symbolizes the pioneering, influential and overflowing Aliyah of all Yemenite Jewry to Israel. He is a representative of the generation of grandparents, and he symbolizes the eternal light of the generation of founders who immigrated to Israel, built and were built within it.”

His “material and human spices,” the materials from which true love is made, along with his volunteer work as a Jewish scribe, express the Israeli spirit, in all its virtues. “The lights of tradition, expressed in your varied work, are a path that is seasoned with inspiration for future generations,” the ministers told the humbled Giat.