Archaeologists have uncovered a system of underground rooms hewn deep out of the bedrock beneath the Temple Mount dating back to the times of Yeshua (Jesus).

What were these rooms and tunnels used for and what do they tell us about life around the Temple during the times of Yeshua? What could be the reason the Jews felt the need to build far below the Temple near the Western Wall some 2,000 years ago?

These are some of the questions now being discussed regarding a new mystery near the Western Wall.

The underground structures are the first of their kind to be discovered below the tunnels underneath the Western Wall Plaza. The system of stone rooms and passageways containing numerous artifacts was found by Israel Antiquities Authority (IAA) archaeologists beneath the mosaic floor of a large structure from the Byzantine period.

The underground system features two rooms split into three levels one on top of the other and connected by hewn staircases around an open courtyard. 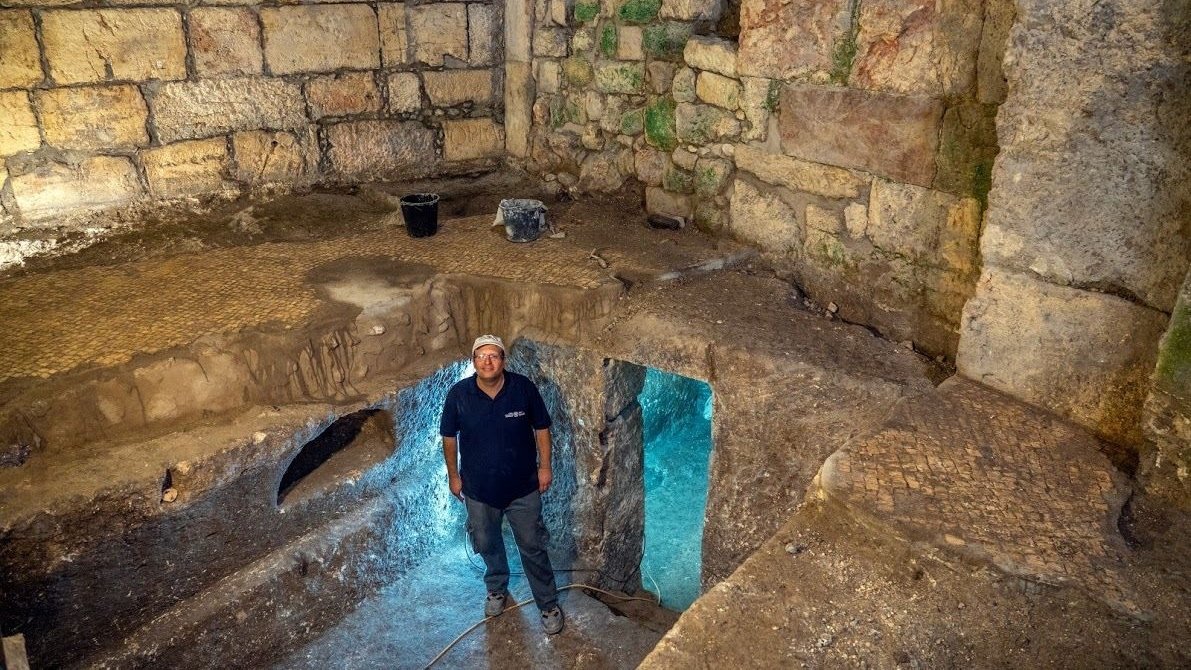 Archaeologists show off newly discovered structures hewn directly into the bedrock near the Temple Mount.

“The rich array of findings discovered in this excavation shed light on the daily life of the residents of the ancient city,” Dr. Barak Monnickendam-Givon and Tehila Sadiel, directors of the excavation on behalf of IAA reported. “Among other things, we found clay cooking vessels, cores of oil lamps used for light, a stone mug unique to Second Temple Period Jewish sites, and a fragment of a qalal – a large stone basin used to hold water, thought to be linked to Jewish practices of ritual purity. This is a unique finding,” they said.

There is at least one mystery these exceptional findings seem to prove. When the Jews were unable to get to the Temple because of Roman restrictions, or even after 70 AD when the Temple was destroyed, the Jews found a way to get as close to the Temple as possible in order to pray. 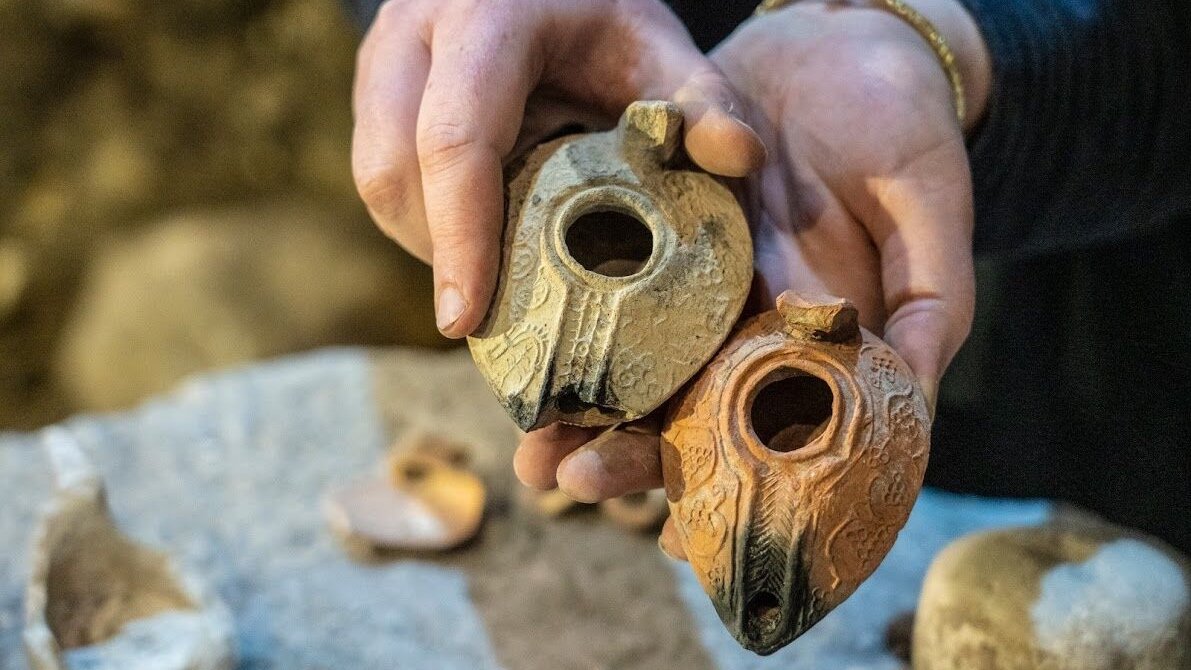 Ancient oil lamps used by Jews perhaps as they prayed secretly near the former Second Temple.

Archaeologists found niches carved into the stone walls for oil lamps. There were also places for door hinges and bolts at the entrances to the rooms showing that the underground housing facility was being used on a daily basis.