A joint operation by the Israel Security Agency (Shin Bet) and the Mossad has exposed an effort by Iranian intelligence agents to lure Israelis to various foreign countries in order to harm or abduct them.

The Iranians created fictitious profiles on Instagram and contacted Israelis known to have business ties around the world. The profiles would feature photos of attractive young women who then tried to arrange rendezvous with the Israelis. 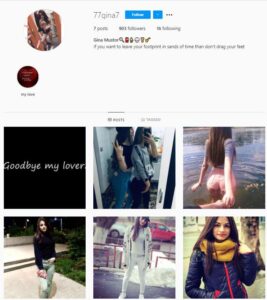 The phony Instagram profiles asked the Israelis to meet them in a variety of different countries and locations including Turkey, the Gulf states, the Caucasus, Africa and Europe.

This is a common tactic used by Iran and other hostile elements, and there is real fear that it signifies a determined effort by the Islamic Republic to abduct Israeli citizens.

Security officials are calling on Israeli citizens who conduct business abroad to be increasingly vigilant on social media and to avoid engaging profiles they do not recognize.

Below is a screenshot of one of the fictitious profiles that contacted Israelis, as well as a video illustrating the kind of exchange the Iranians use to lure their unsuspecting victims.