After 30 years of diplomatic relations – the Muslim nation of Azerbaijan opened a trade and tourism representative office in Tel Aviv for the first time on Friday as a step towards the establishment of an Azeri embassy in Israel.

The mission was inaugurated by Tourism Minister Yoel Razvozov and Azerbaijan Economy Minister Mikhail Jabbarov, who serve as co-chairs of an economic committee between the countries. The opening of the mission is a result of the talks that have taken place between the countries in the past year. Israel and Azerbaijan have been in diplomatic relations for about three decades, but for the first time the Azerbaijani side has officially established a representative body in Israel. This is seen in Israel as a preliminary step to the opening of the Azeri embassy.

During 2020, mutual civilian trade between the countries was about $200 million (excluding the oil supply component). Israeli companies are represented in Azerbaijan in a variety of fields, from road construction to telecom and medicine. 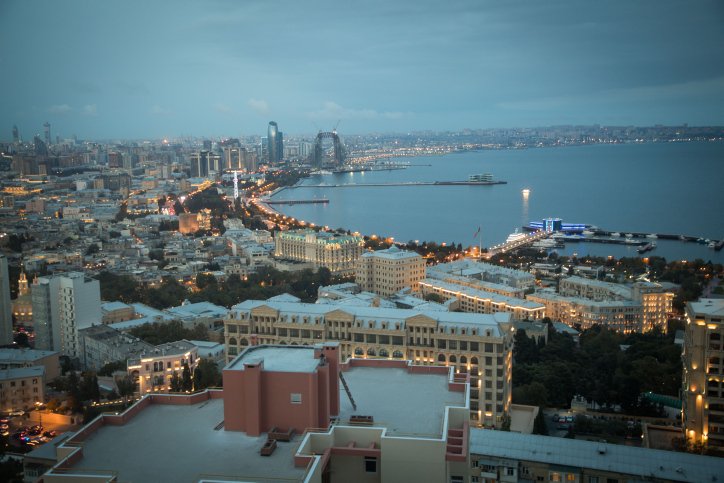 Israeli companies are already well represented in the Azerbaijan capital of Baku.

Tourism Minister Yoel Razvozov, chairman of the Joint Economic Committee, said at the ceremony: “Israel-Azerbaijan relations are of a strategic nature and are based on trust and mutual respect. Over the past three decades, we have witnessed many breakthroughs in relations between the two countries, but the opening of the official Trade and Tourism Representation is an historic event that is another step towards the imminent opening of the Azeri Embassy in Israel. I would like to congratulate President Aliyev on this important decision that will further strengthen the partnership between the countries. I would also like to thank Economy Minister Jabbarov who is leading the special relations between the countries. We still have great potential to develop economic cooperation in various fields. Azerbaijan’s official trade representative will certainly serve as an address for Israeli entrepreneurs in areas such as energy, medicine, water desalination, agriculture and mutual investment.”

Minister Mikhail Jabbarov for his part also noted the importance of the event and the depth of cooperation and said that the opening of the official Trade Representation will further promote the fruitful economic relations and business relations between the countries. Minister Jabbarov further noted that the potential for economic cooperation lies in areas such as digitization, technological innovation, medicine, and investments in various ventures. Minister Jabbarov called on Israeli businessmen to take advantage of the beneficial business atmosphere in Azerbaijan created to facilitate mutual investments and transactions.

Follow Israel Today’s inside look at the ongoing, behind-the-scenes cooperation between Muslim Azerbaijan and Israel: