We’ve gone to the north of Israel several times over the course of the month, and this last weekend we were off to the Galilee again for some more family camping. Those of you who also love camping will know how much preparation it requires, especially when you’re going with young children. The mountains of laundry afterwards are hardly manageable, but no matter how much you have to work for it, both before and after, it’s more than worth it!

Last year it was sadly not possible to camp during the beautiful Spring months because the nation was under lockdown, which made it all the more exciting to be out this year. We longed to go into nature. And that’s why we opted for pure nature. Our goal was not just any park where it was permitted to set up a tent, but simply somewhere in nature, without a toilet, without a shower. And so we drove far north and found our place near Kiryat Shmona, right next to the Jordan River. (Kiryat Shmona is the northernmost city before the border with Lebanon). We pitched our tents and the adventure began. 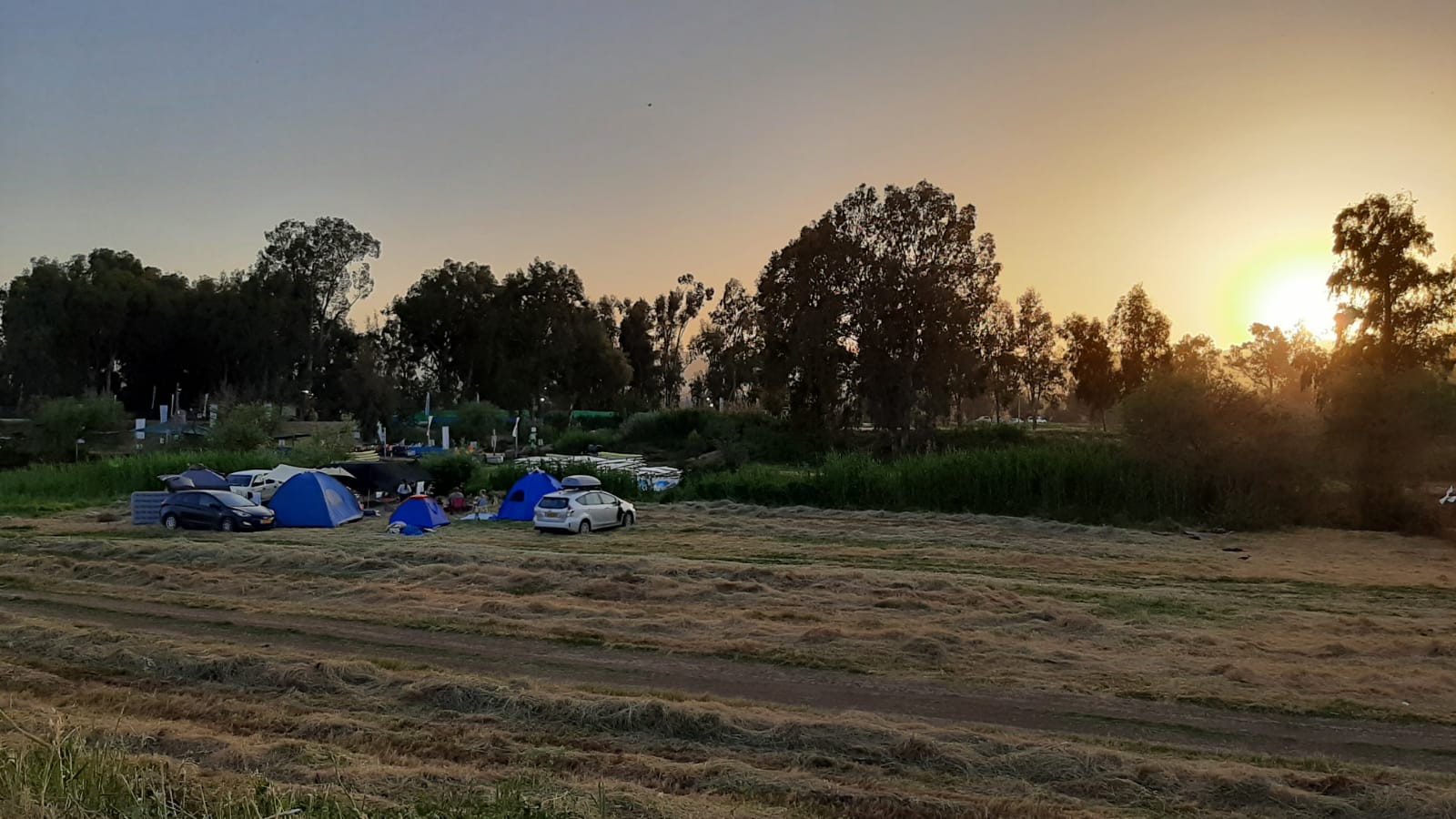 From our tents we could see Mount Hermon in the near distance, and even the snow that continues to cling to its peak. Well, that explained why the water of the river was still ice cold. Regardless, we all jumped ins several times, including the three- and four-year-old children. It is no exaggeration to say that it was freezing. But if you keep moving, you get used to it, and later in the day as the temperature rose we were happy for a little chilly respite. From Thursday to Saturday we just enjoyed doing nothing, making a fire and barbecuing every now and then. 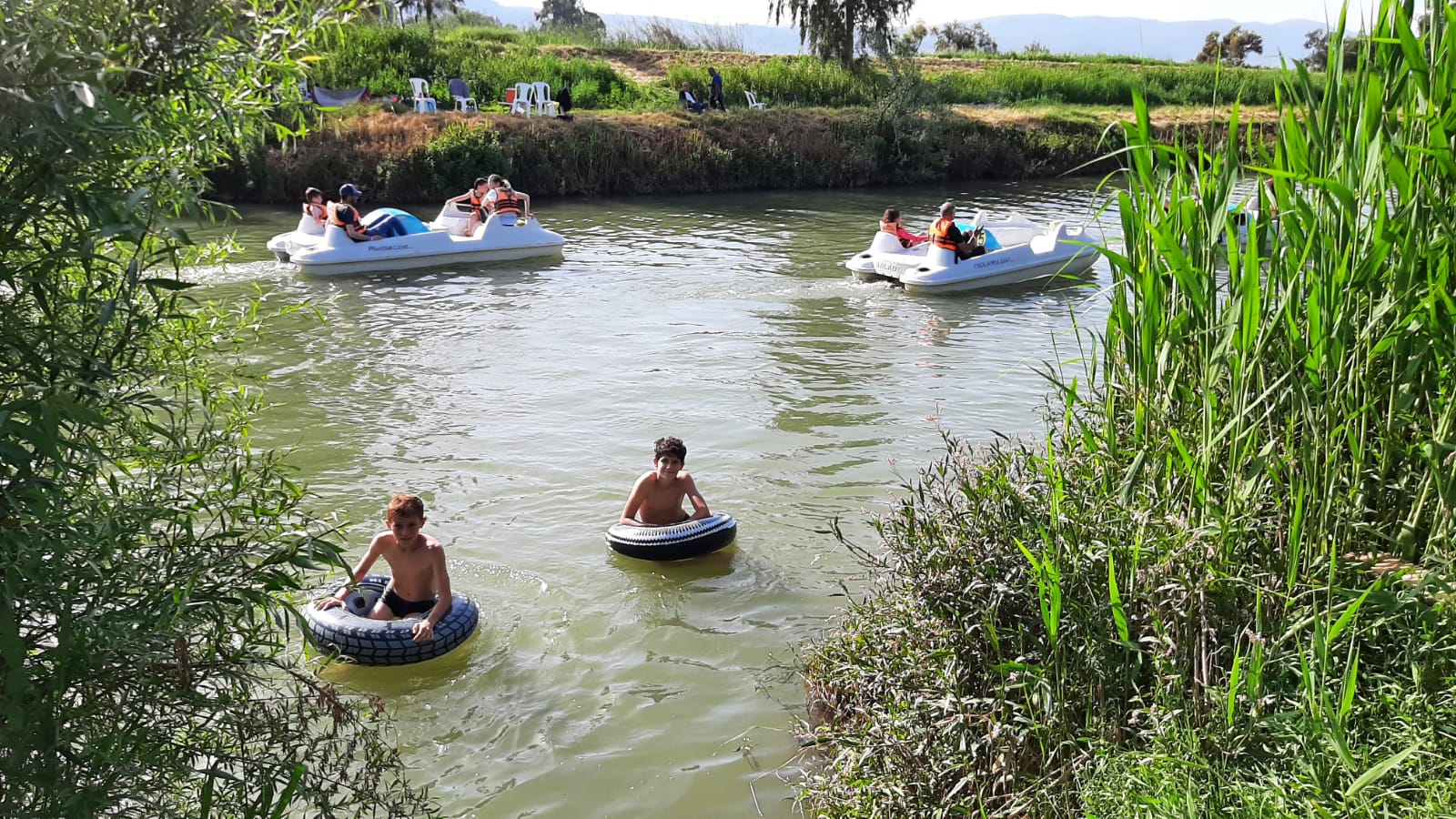 We adults sat around the fire until after midnight, chatting, enjoying the tranquility of nature and the clear starry sky. Only the jackals seemed to be around, but we didn’t mind. The children were constantly busy, there wasn’t a moment when they had nothing to do. Among other things, they tinkered with fishing rods made of sticks and string and “fished” for hours, never giving up hope, even if in the end not a single fish was caught. 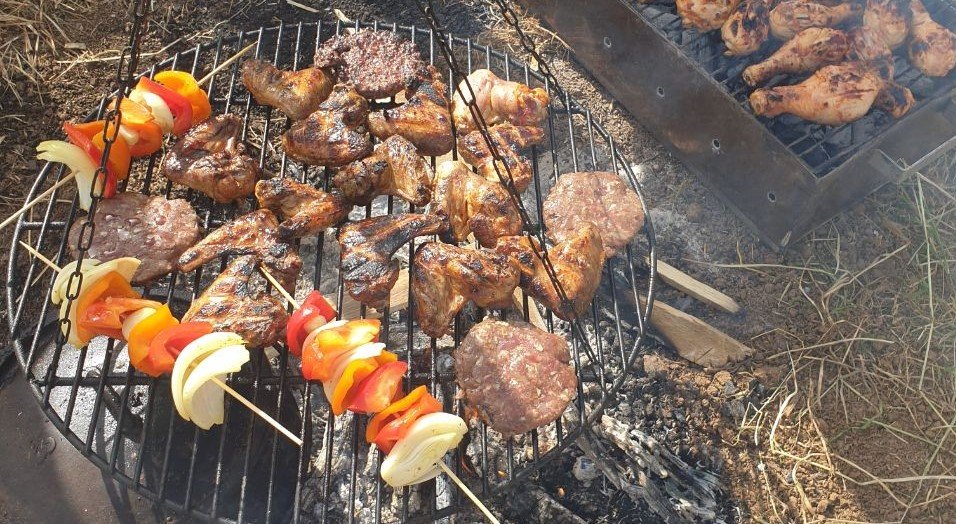 It was already getting hot on Saturday morning, so we broke camp shortly after sunrise. We then drove further north to Mizpe Bnaia (מצפה בניה), a lookout point where you could see the nearby houses in Lebanon and had a wonderful view of the Hermon. 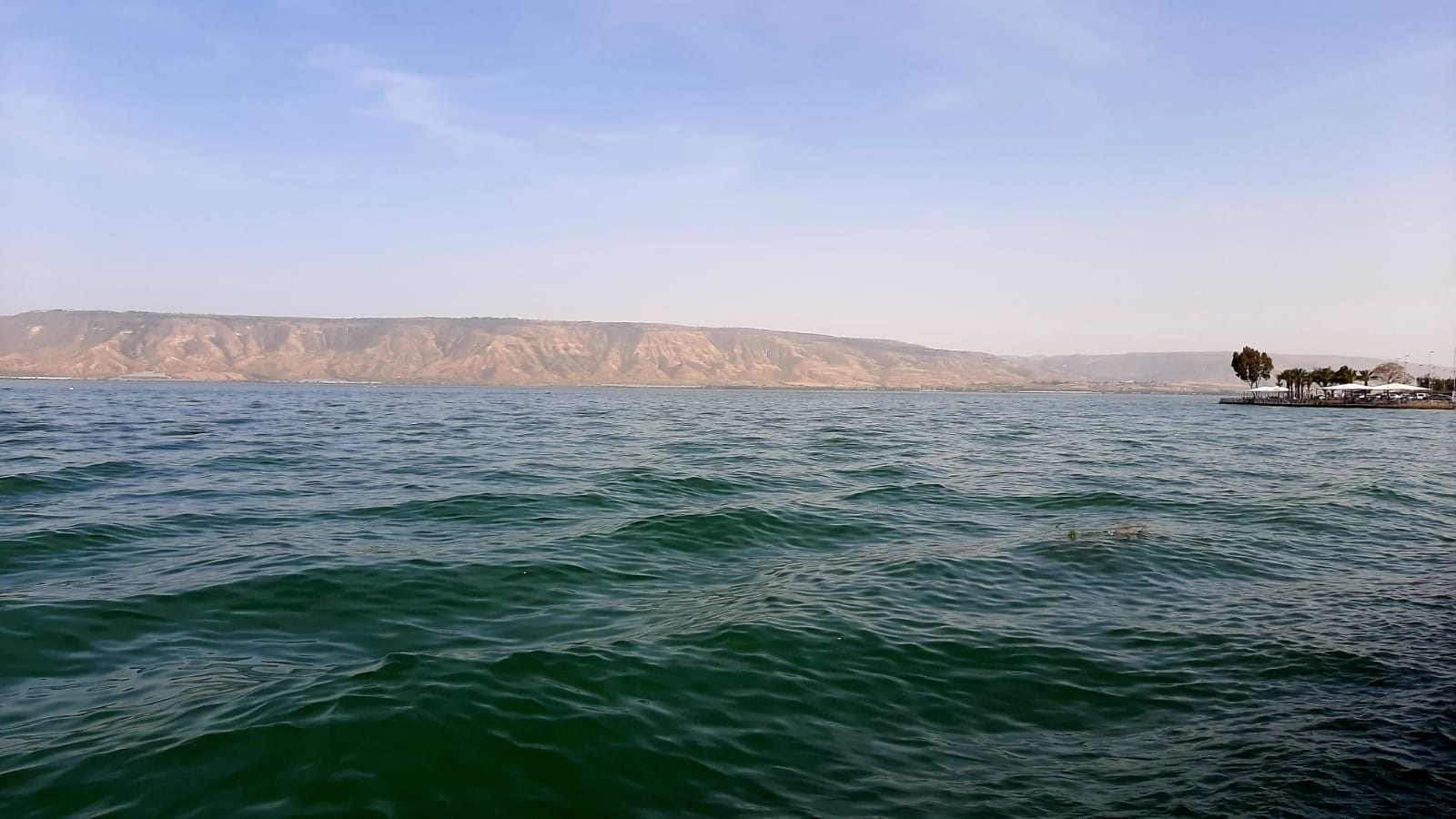 The Sea of Galilee

It was so hot that there was only one option left: bathing in the Sea of ​​Galilee! So we drove to Tiberias, stopped at a beach, unpacked all the provisions again, lit the grill, ate, rested and bathed in the lake. As the day came to an end, we made our way home. It was an unforgettable and beautiful day for all of us, an adventure that we’ll fondly remember. 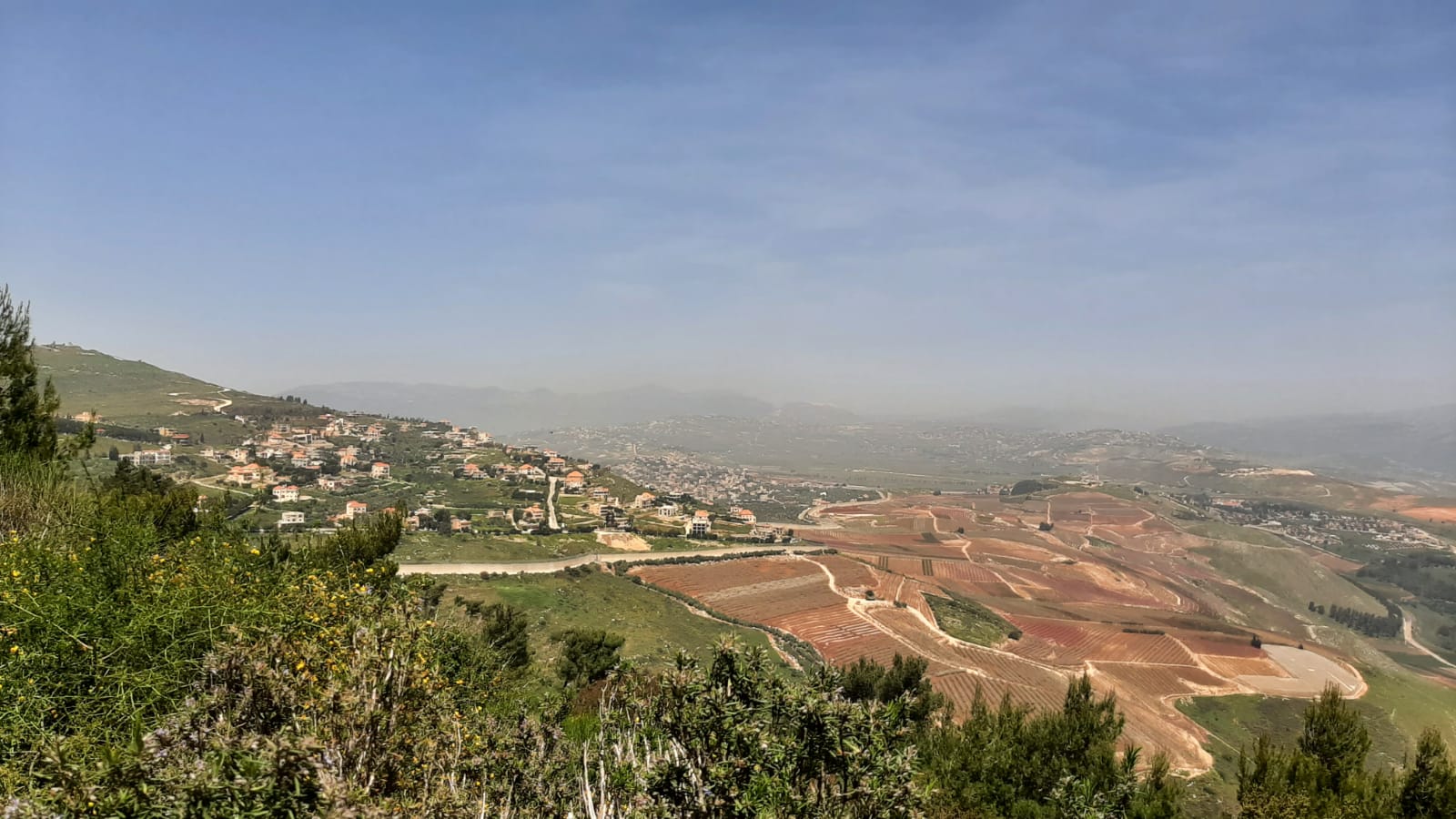 Mizpeh Bnaia, with a view of houses in Lebanon
Ayala Shalmayev 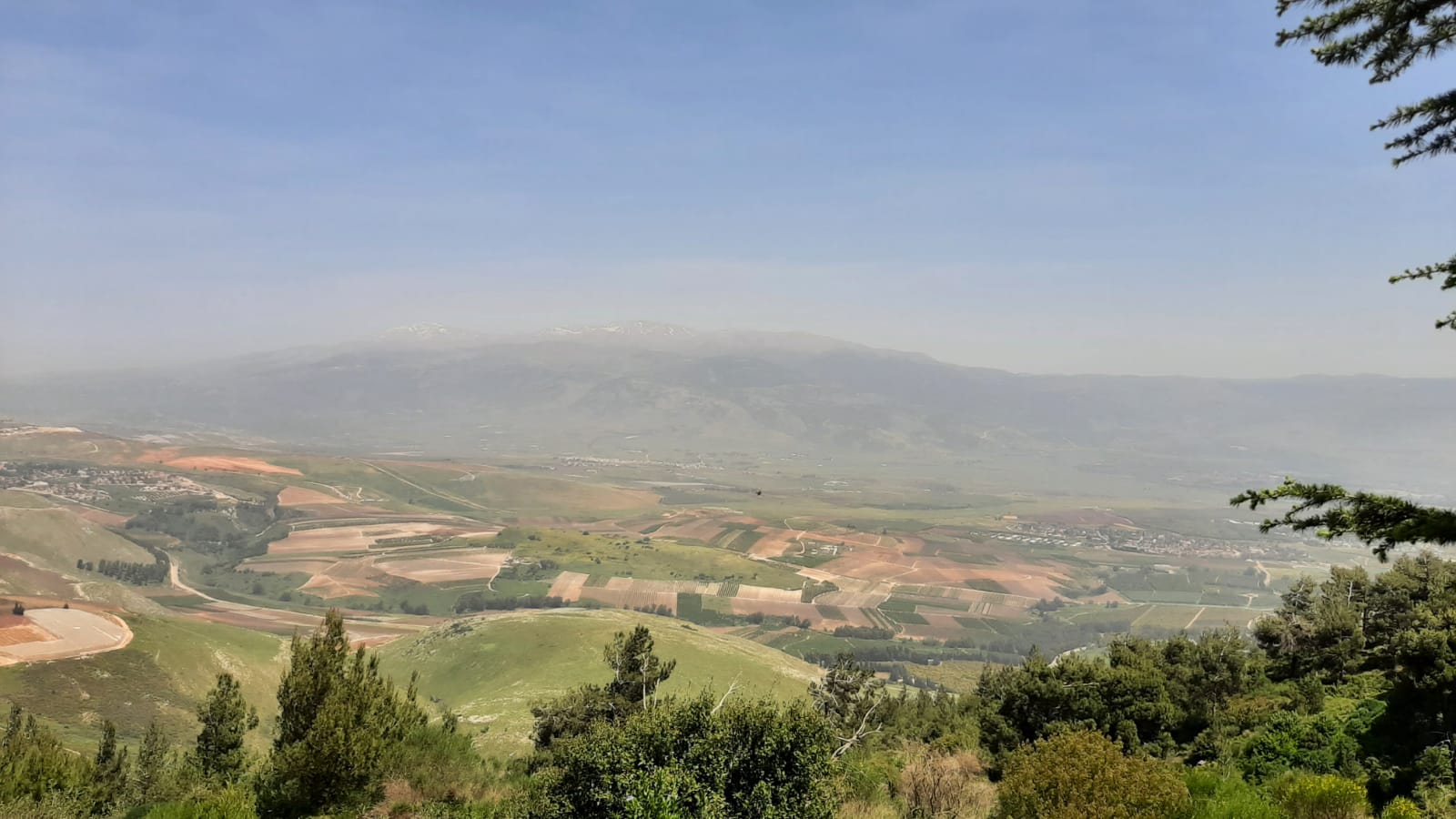 The Hermon in the distance