Less than six months ago, world leaders were getting on Zoom with their Israeli counterparts to understand how the Jewish state was so effectively combatting the spread of COVID-19.

Coronavirus infection rates in Israel were surprisingly low in March and April, and the death rates related to the disease were even lower. And that despite large sectors of the population failing to full comply with Health Ministry guidelines.

But Israel quickly found itself in a catch-22. 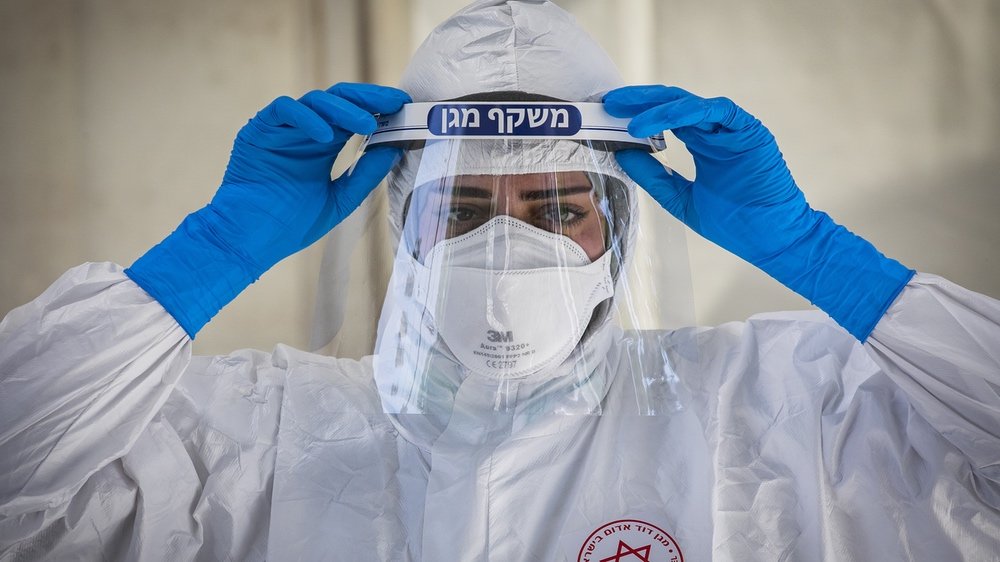 Early Israeli efforts against the coronavirus were successful.

Effectively slowing the spread of the coronavirus early in the year had meant widespread lockdowns, which in turn had meant the closure of most businesses and skyrocketing unemployment. The usual safety nets were woefully insufficient to deal with this unprecedented economic situation.

Small-to-medium size businesses were especially hard-hit, and mass rallies began to pressure the government to reopen the economy. After all, Israel’s infection rates were pretty low.

But then the government did reopen the economy (which also meant hastily reopening schools in May so that parents could go back to work), and the infections rates started to rise. Fast. So Israelis began to criticize the government for failing to effectively protect them from COVID-19.

It was a lose-lose scenario, and Israel’s official coronavirus policies have since then been all over the place. 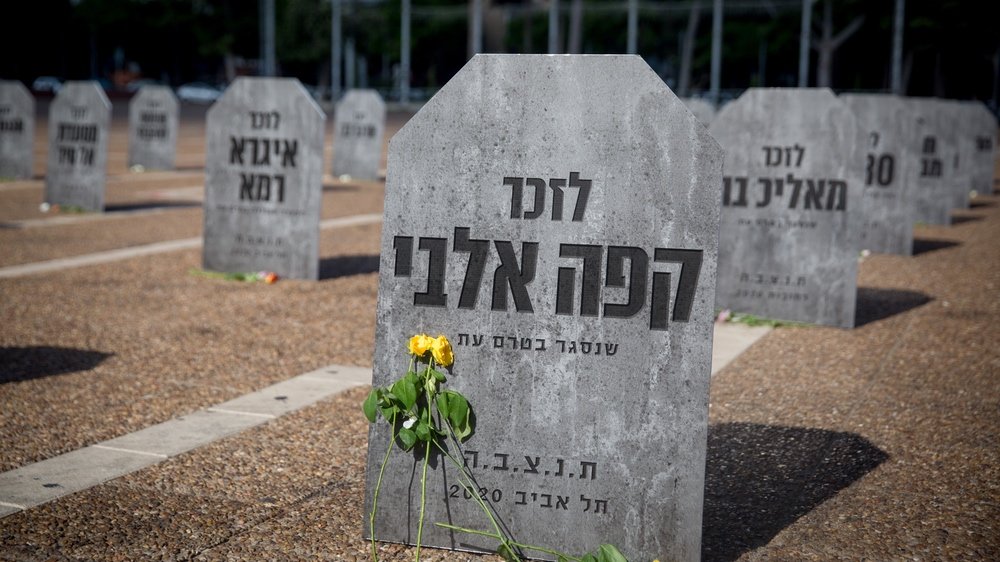 Israeli protestors set up a “graveyard” of local businesses forced to shut down due to coronavirus restrictions.

Meanwhile, the rate of daily new infections continues to rise, exacerbated by the fact that Israeli children are now back in school. On Wednesday of this week, Israel logged its first day with over 3,000 new confirmed coronavirus cases. Israel now has the highest daily rate of new COVID-19 infections per capita in the world. The Jewish state is currently recording 199.3 new daily cases per 1 million residents. By comparison, Brazil is recording 188 per million, Spain is at 178, and the United States has 129 new confirmed cases per 1 million residents every day.

Israel is now firmly among the “red” countries. 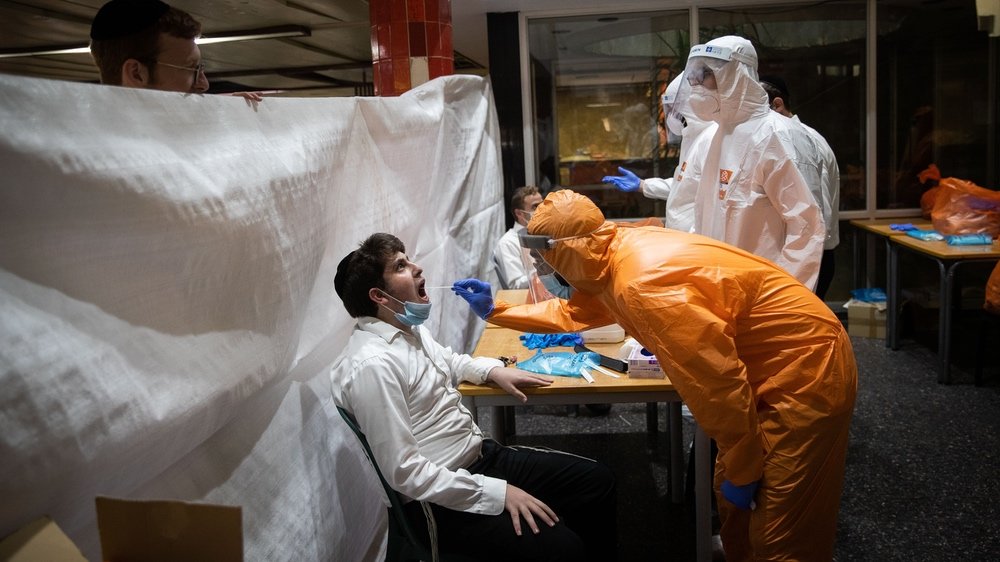 Are there really more infections today than in April? Or has increased testing now made us aware of them?

Is fear paralyzing the government?

“Many countries would have already initiated a lockdown with these kinds of numbers,” said Prof. Ora Paltiel of the Hebrew University in a press briefing on Thursday. Paltiel is one of Israel’s top epidemiologists.

She suggested that the reason Israel isn’t reentering a period of strict lockdown is that the government is fearful of the public’s reaction to the economic consequences.

There are also religious concerns. Prime Minister Benjamin Netanyahu’s ultra-Orthodox coalition partners have threatened to quit his government if they are prevented from making annual mass pilgrimages during the upcoming High Holy Days, or if ultra-Orthodox towns with high infection rates are placed on lockdown. Many in the ultra-Orthodox community claim they are being unfairly targeted by the “secular” authorities.

Without the ultra-Orthodox, Netanyahu would be unable to maintain a majority coalition, and so he bends to their will, even when doing so contradicts what the medical experts are saying.

Of course, the ultra-Orthodox aren’t the only sector of the population conducting mass gatherings in violation of Health Ministry guidelines. Left-wing Israelis (and some rightists who are fed-up with Netanyahu) have been holding large rallies in Jerusalem, Tel Aviv and elsewhere every weekend, demanding that the prime minister resign. While most do wear masks, they have long since abandoned any form of social distancing.

The government similarly fears banning these demonstrations lest it be accused of silencing free speech in the Jewish state. 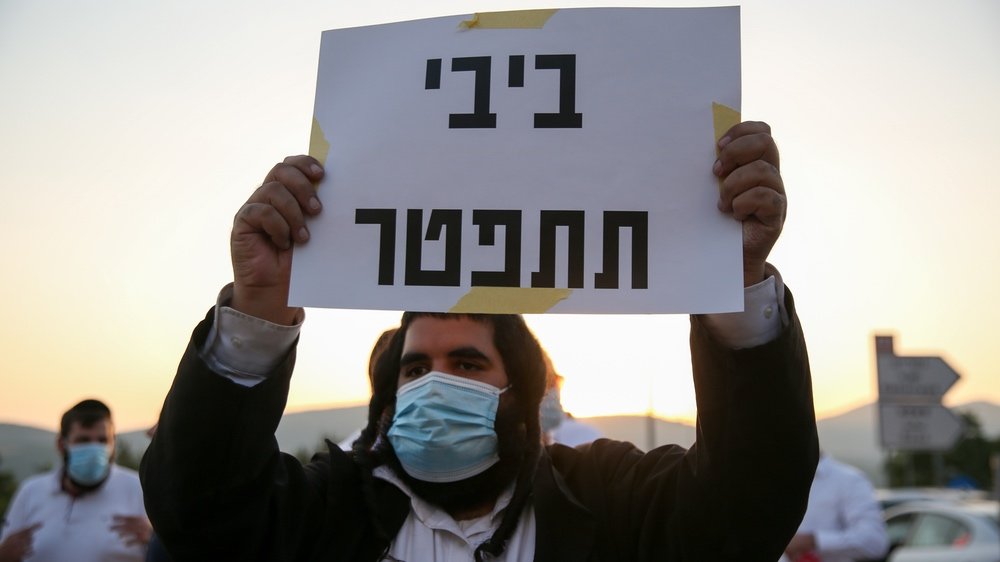 Many ultra-Orthodox are joining the leftists in demanding Netanyahu step down. The sign reads “Bibi – Resign”.

Coping, but for how long?

For now, Israel is coping with the rise in COVID-19 infections. Most of those who test positive do not require hospitalization, and only a very small fraction have been put on ventilators.

But Prof. Paltiel warned against complacency.

“The healthcare system is coping, but a few weeks down the road, after we have 3,000 cases a day for a few days, and even 2 percent of them get really sick, then we could definitely stress our healthcare system, which is underfunded, under-bedded, and under-manned,” she explained.

Increasing the likelihood that Israel’s healthcare system will be overwhelmed is the coming annual flu season. If the country is still registering 3,000 or more new coronavirus cases every day, and our children are busy spreading the flu at school, the looming collapse this winter could make last spring look like a walk in the park.