It stinks here! No, I’m not angry. It really stinks at the entrance to the city.

As soon as I got off the bus this morning, an extremely foul odor greeted me. I knew immediately from where it came. Yesterday, there was once again chaos at the entrance to Jerusalem. A number of buses did not arrive and left many people stranded at the Central Bus Station, frustrated after a long day at work.

The reason? The ultra-Orthodox were again demonstrating against moves in the government to draft them into mandatory military service, like every other Israeli Jew.

The Police had responded with blue “skunk” water to break up the disruption to public transportation. 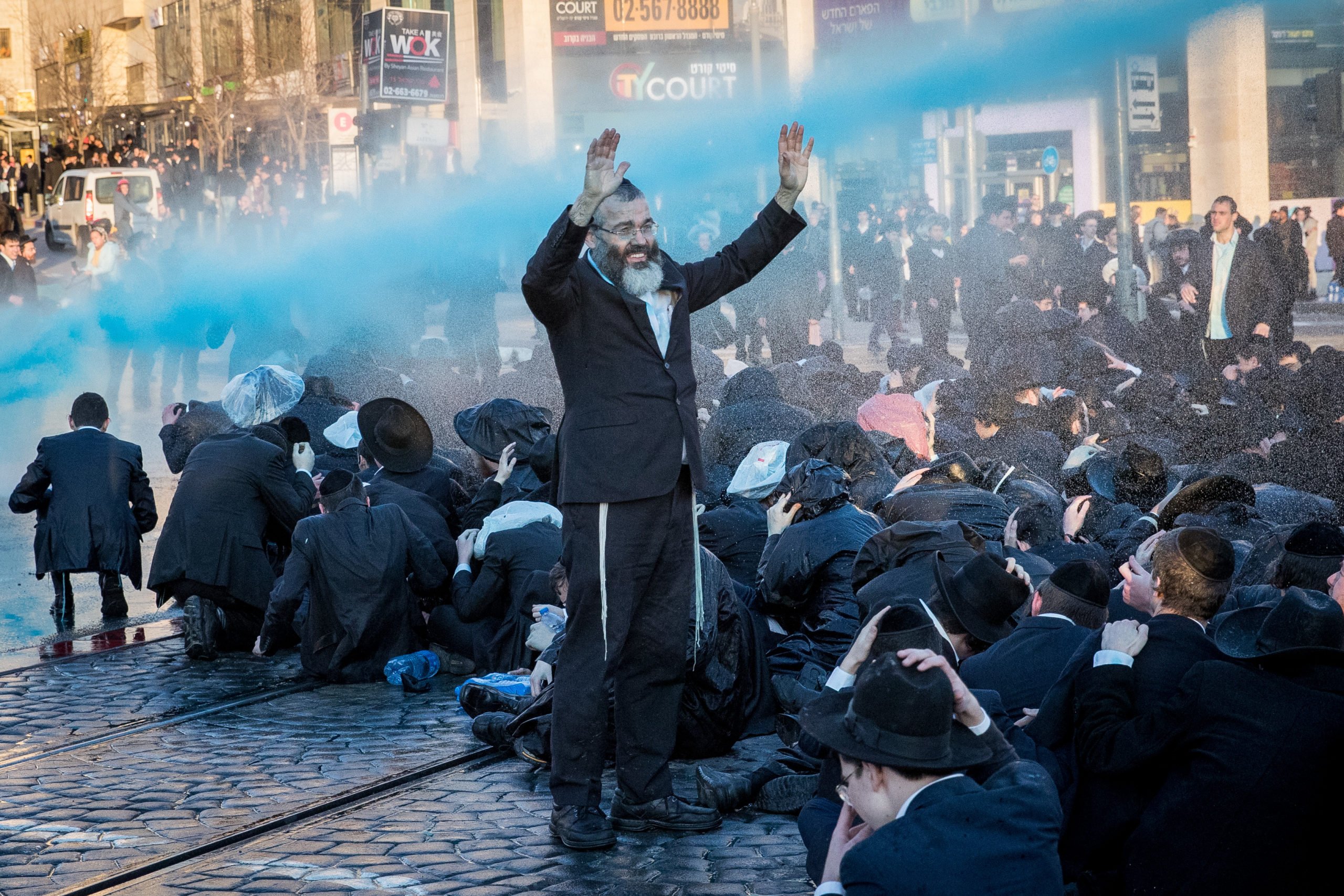 This group is known as the “Jerusalem Faction,” in Hebrew HaPeleg HaJerushalmi. The reason for it’s actions yesterday was the recent arrest of the son of a well-known rabbi of Ethiopian origin for failing to respond to his military conscription letter. The letter was most likely just a summons to appear at the recruitment office to be told that, like most yeshiva students, he was exempt from service.

But that’s not good enough for this group. They demand full and automatic exemption. And as long as they don’t get it, they refuse to cooperate with the IDF in any way.

The result was yet again ugly images of Jews fighting Jews.

And, of course, the near collapse of public transportation into and out of the city.

I should have take the train

I had gone to the bus stop just like every other day, certain of soon catching my bus and arriving home to Modi’in at a decent hour. But the bus never came. Nor the one after, or the one after that. Each would appear briefly on the schedule board, only to disappear.

I had gotten out just in time. The situation in Jerusalem deteriorated further and traffic came to a complete standstill. I should have just taken the train yesterday, even if doing so requires a detour via the airport. Next time I won’t let the demonstrators hold me hostage in the city.

The situation is a constant annoyance for average Israelis.

Our youngest son will start his army service in just under four weeks. We never once considered trying to get out of it. Why is service to the state a matter of course for us, while other groups will literally fight to avoid it?

Yes, in my opinion, even the very Orthodox Jews should likewise do something for their country, for their fellow citizens. I understand that they are studying the Torah, and that is also important, because we still stand today thanks to our faith.

But I think everyone should also make the time and effort to tangibly serve the nation. A one-year social service program would be a good start. Rejecting any kind of service to the state in such an aggressive way while others risk their lives to protect us all is simply intolerable.

It makes me sad that we have this division in our society, among us Jews. How can we make peace with others if we can’t make peace among ourselves?