Jews and pro-Israel Christians in the Netherlands are in an uproar after a well-known anti-Zionist group contacted universities across the country requesting that they reveal the names of university employees with ties to Israel and/or Jewish organizations. The request was filed by the group under the country’s Freedom of Information Act. 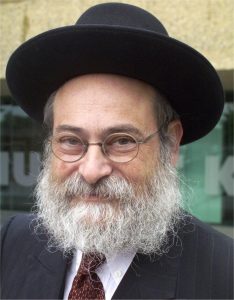 The Chief Rabbi of the Netherlands, Benjamin Jacobs, who also heads the Committee to Combat Antisemitism of the Association of Jewish Organizations in Europe (EJA) stated in response:

“This is a demand that exacerbates the worst stench of antisemitism and is reminiscent of the requirement for mayors in the Netherlands to provide information about Jews to German occupiers during the Holocaust.

“The Rights Forum group is well known to me, and it is important to be clear, it must be clear, they want to target every Israeli, and every Jew at Dutch universities, in order to promote the distorted idea that the Dutch university system operates some questionable Zionist/Jewish junta. It stinks of antisemitism, but it doesn’t surprise me given the reputation of this group.”

What really troubled Rabbi Jacobs and many others who responded to this news was the fact that so many universities in the Netherlands are willing to comply with this blatant antisemitic request.

The rabbi added: “It is important to emphasize that the difference between anti-Zionism and antisemitism is very thin. In all my many years in the Netherlands, I rarely remember such a toxic environment for Jews. This is a horrific surrender to the demands of an openly hostile group towards Israel, which is the only Jewish state in the world.”

Also being clearly targeted by the Rights Forum and its outrageous request are those affiliated with pro-Israel Christian organizations (Christian Zionists, if you will), including Israel Today’s partners over at Christians For Israel International.

The Rights Forum, the group behind this request, was established by former Dutch Prime Minister Dries van Agt, who has a history of antisemitic ranting. Most recently he charged that Jewish settlers in Judea and Samaria routinely poison their Palestinian Arab neighbors, a Palestinian allegation that echoes medieval antisemitic blood libels.