Video: The search for the missing boy and the grieving family.

Tales of Jewish ritual murders, in which Christian children were killed in order to obtain their blood for Passover bread, are in most places a reminder of a shameful antisemitic past. But when a young Arab boy from Jerusalem went missing last week, many Palestinians immediately jumped to the conclusion that he must have been abducted by Jews.

Qais Abu Ramila from the Jerusalem neighborhood of Beit Hanina was found dead following a long search. Police suspect that he slipped and fell into a water cistern.

The boy’s family previously claimed they had a video showing Qais getting into a car. This led to demonstrations by Palestinians in Jerusalem. Then came the tweet in which “Israeli settlers” were accused of kidnapping and executing the boy, followed by another that claimed the Israeli army would attack anyone attempting to find the boys body.

Those falsehoods were eagerly championed, without any thought for verifying the claims, by Palestinian and pro-Palestinian politicians from Ramallah to London: 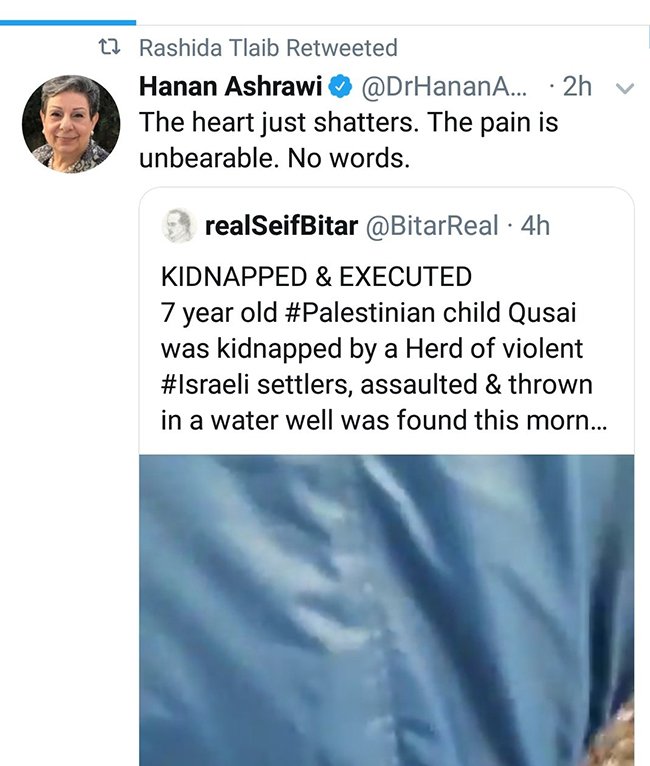 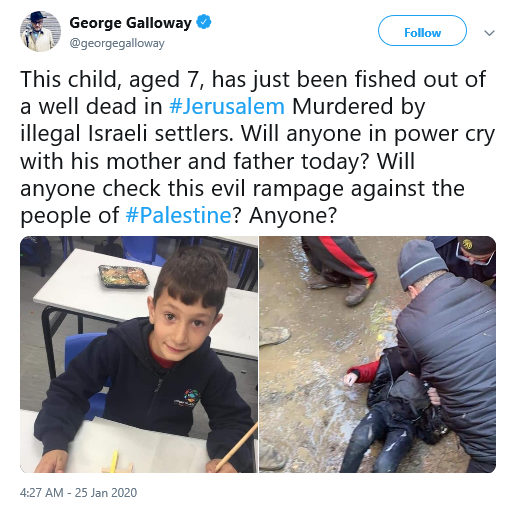 Palestinian Authority spokeswoman Hanan Ashrawi was the first to spread the lie. Quickly following were US congresswoman Rashida Tlaib and British politician George Galloway, who added that the boy was fished dead from a well.

Ashrawi was later compelled to backtrack her hasty accusation:

My apologies for retweeting something that’s not fully verified. It seems that the news of his being kidnapped is not certain.

Twitter and other social networks enable Israel’s detractors to now spread such slander at the speed of light. Ancient blood libels have now become a global phenomenon that influences millions to hate the Jews.