Defense Minister Benny Gantz on Tuesday publicly thanked the Palestinian leadership for dispatching firefighters to help their Israeli counterparts in battling an unprecedented wildfire in the wooded hills west of Jerusalem.

On Monday, the blaze came dangerously close to the southwestern edge of Jerusalem, and even prompted officials to consider evacuating Hadassah Medical Center, the capital’s largest hospital.

At the time, Israel’s fire and rescue chief said that international aid would be needed to fight the fire, which by then had surpassed the scale of the massive and deadly 2010 Carmel Forest fire. 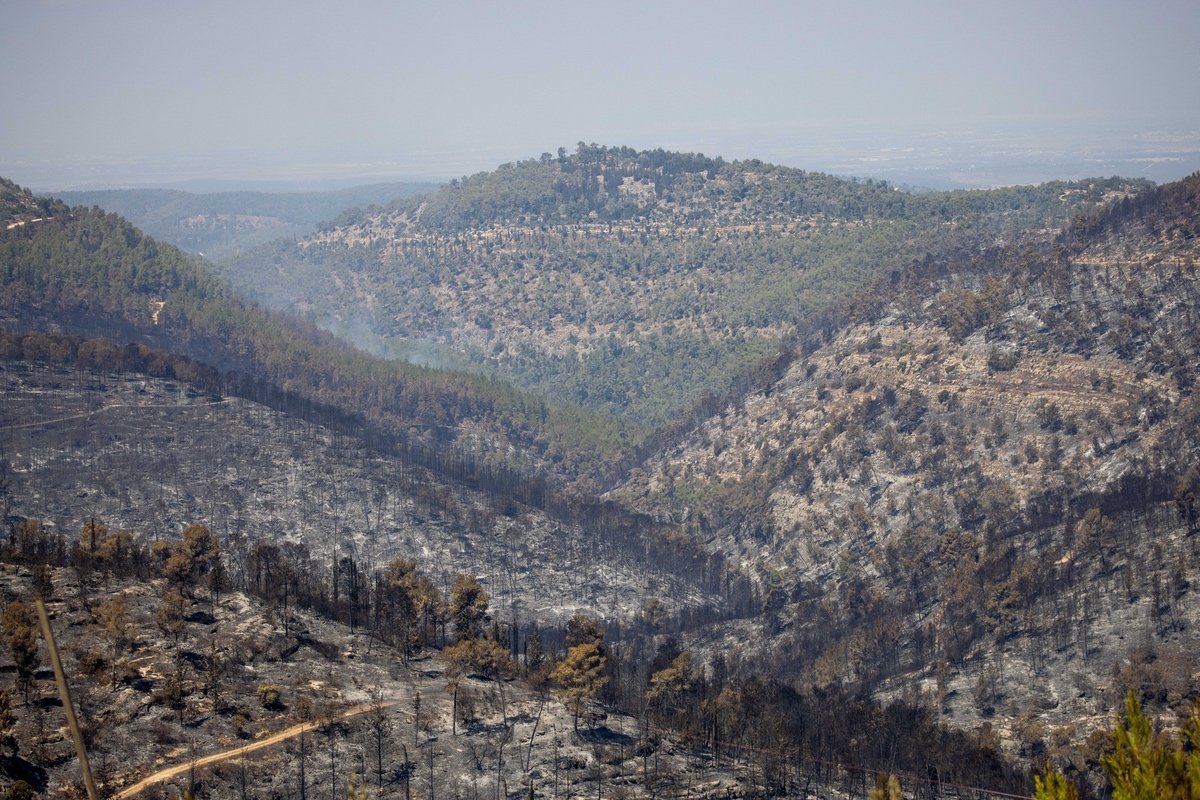 Greece and at least one other country offered to send firefighting forces, but in the end they were not needed. It was enough that the Palestinians sent four trucks and 20 firefighters to augment the large Israeli force already on the scene.

“I would like to thank Palestinian Authority President Mahmoud Abbas for his initiative to send firefighting forces to assist Israel today. Mutual assistance and saving human lives are the common interest of all of us,” said Gantz in a statement posted to Twitter.

Officials estimate that it will take decades for the forests west of Jerusalem to fully recover from this fire. Fortunately, there was no loss of life, and property damage was minimal thanks to the valiant efforts of firefighters to keep the flames out of residential areas.