I’m a die-hard Republican. So I was a bit taken aback when I moved to Israel 25 years ago to find that even conservatives over here actually liked then-President Bill Clinton.

As an American voter, Israel was the most important electoral issue to me (as it is to a great many other American voters, both here and back home). But I had to let go a bit of the partisan attitudes American society had instilled in me and realize that support for Israel truly is a bipartisan issue, and it’s very important to Israelis that it remain so.

Over the past 12 years, the relationships between the respective national leaders have given the impression that Republicans are much more on Israel’s side than Democrats. And it’s true that polls show Democratic support for Israel eroding somewhat over the past decade. Even so, a strong 67% majority still views the Jewish state favorably, according to a March 2020 survey.

What’s more, as difficult as Israel’s relationship with the Obama Administration appeared to be, there was even more tension between the Jewish state and that icon of the modern Republican movement, Ronald Reagan.

Obama stands accused of risking Israel’s security for the sake of political expediency. But in 1981, the Reagan Administration denied Israel much-needed weapons by suspending a mutual defense pact that included the delivery of F-16 fighter jets. Reagan was angered by Israel’s bombing of Iraq’s nuclear reactor, the annexing of the Golan Heights and its war against Palestinian terrorists in Lebanon, moves that Israel saw as vital to its security. The Americans, however, were more concerned that Israel had upset their relations with the Arab world.

Nor is Reagan the only Republican president to at times butt heads with Israel, but his example will suffice. The point is that while many Americans might today see support for Israel as a Republican/conservative position, Israelis most certainly do not. They’ve enjoyed the favor of both parties, and have had their problems with both Republican and Democratic presidents. And through it all, that special relationship endured. 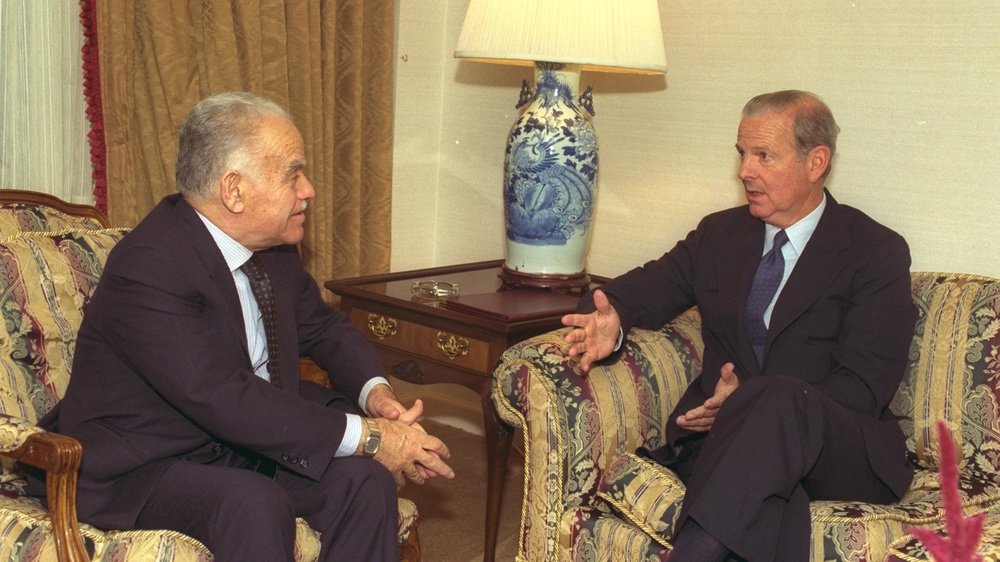 The Obama-Netanyahu feud was definitely rivaled by the rocky relations between Prime Minister Yitzhak Shamir (left) and the first Bush Administration, in particular Secretary of State James Baker (right).

It’s not about politics, or even shared values

That unbreakable bond between our two nations is based on much more than the personal positions and beliefs of the person sitting in the Oval Office. The US President is always going to be looking out for American interests first and foremost (that’s his job), even when those interests might conflict with the interests of Israel. But the relationship between the two nations transcends national interests.

Our leaders like to tout the shared values of democracy and freedom. But beneath that, the relationship between Israel and the United States is actually based on biblical faith, even if it’s become somewhat politically incorrect to say so.

Much is made of the Christian-fueled British dedication to Israel’s rebirth expressed politically in the Balfour Declaration, and rightly so.

Less known is that decades earlier, in 1891, hundreds of leading American citizens signed a petition calling for the physical restoration of Israel in its historical homeland. The Blackstone Memorial was written by Christian evangelist William Eugene Blackstone and circulated in America’s five largest cities. There, it was signed by 431 prominent citizens, including the cities’ mayors, the editors of all major newspapers, members of Congress, top businessmen like John D. Rockefeller, the Chief Justice of the US Supreme Court, and future president William McKinley.

None of those people signed the document out of a belief that a future Jewish state would hold shared democratic values. They did so because they believed God’s Word.

Then-President Benjamin Harrison failed to act on the petition, but a second Blackstone Memorial prepared in 1916, and again based on strong biblical principles, is said to have compelled President Woodrow Wilson to support the Balfour Declaration, which was issued a year later.

Rather than bicker endlessly over the credentials and policies of this or that president, Bible-believing Americans would better spend their time lovingly influencing society around them to help ensure that their nation never entirely turns its back on God. Because that’s the only thing that can ever break the US-Israel bond.