The beaches of Tel Aviv were bustling on Wednesday as the rain and high winds of the previous week gave way to pleasant, summer-like temperatures.

Israel remains under a nationwide lockdown, but it is permissible to be outside so long as one is doing sport, or at least has the appearance of doing sport. 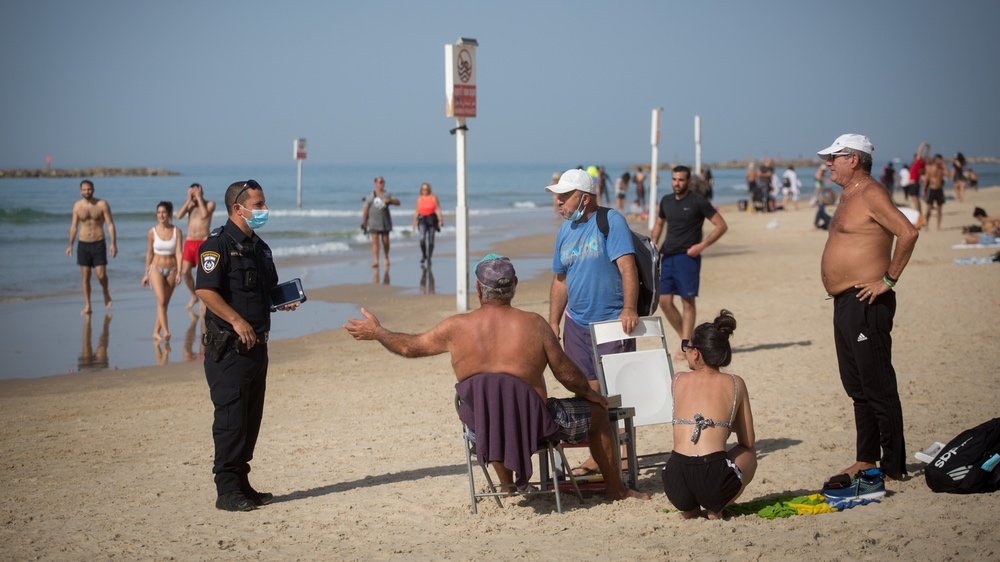 Police officers question Israeli beach-goers who don’t seem to be doing any sport.

With Israel’s daily infection rate remaining quite high, police officers were out in force to make sure the public was sticking to the government regulations.

But as anyone familiar with Israel knows, that’s a rather difficult job. Israelis can be quite obstinate, and certain sectors of society like the ultra-Orthodox are flaunting the rules entirely.