A sweet protest against the American ice cream company Ben & Jerry’s and its unfortunate decision to boycott the sale of ice cream in the Jewish settlements in Judea and Samaria joined a number of Jewish organizations in a protest march in Manhattan. 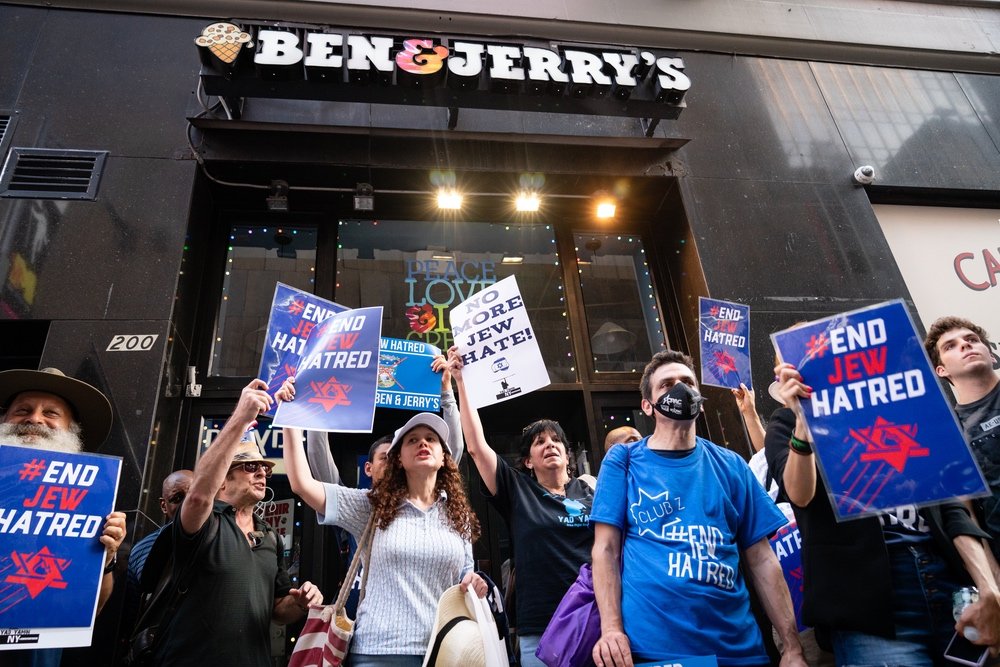 Ben & Jerry’s is learning that not all publicity is good publicity.

Organizers of the demonstration, which began at Manhattan’s largest municipal library and ended in Times Square in front of the Ben & Jerry’s store, rented 10 ice cream trucks and passed out free Israeli ice cream with Israeli flags to passersby. Because of the heavy August heat in New York, they attracted plenty of attention and the unique protest was very well received, even by Muslim families and their children, who enjoyed the free Israeli ice cream. 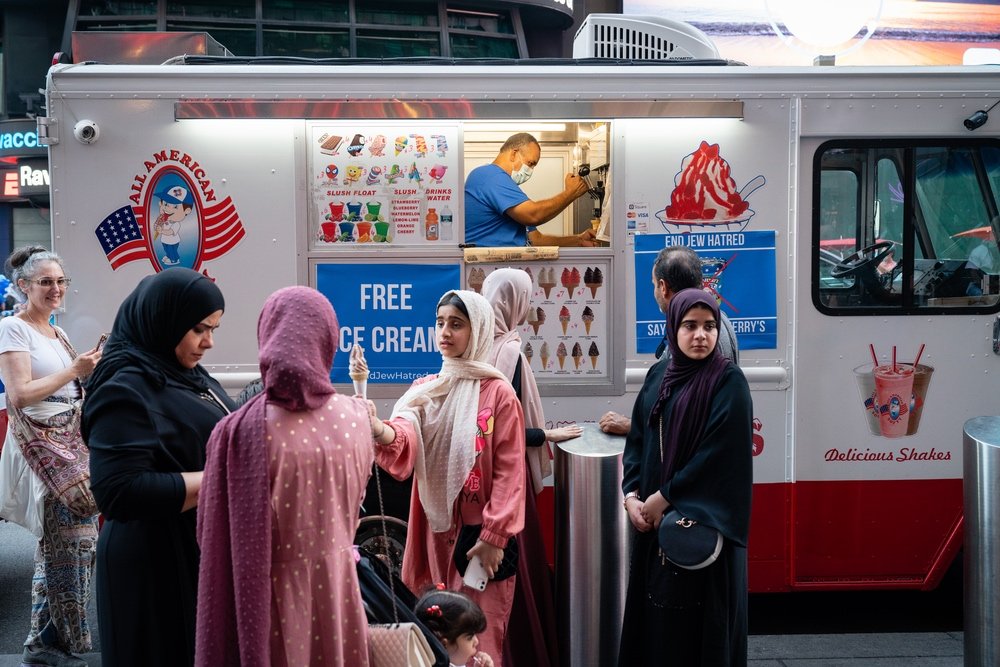 Even local Muslims turned out to enjoy the free Israeli ice cream.

Organizers of this sweet protest said they oppose antisemitism and illegal commercial boycotts against Jews and against the Jewish state. Seven US states are considering withdrawing their pension funds’ investments in Ben & Jerry’s and its parent company Unilever in protest of the decision to boycott the settlements.

For more on this developing story, see: